In the morning, 4 volunteers made our way to Sorrento where Domenico Sgambati was waiting for us with the van for transporting the turtles. With stifling temperatures already, we started to make our way to Portici, only to run into terrible Italian traffic in Meta. Fortunately, thanks to unrelenting patience, we got onto the motorway in due course. 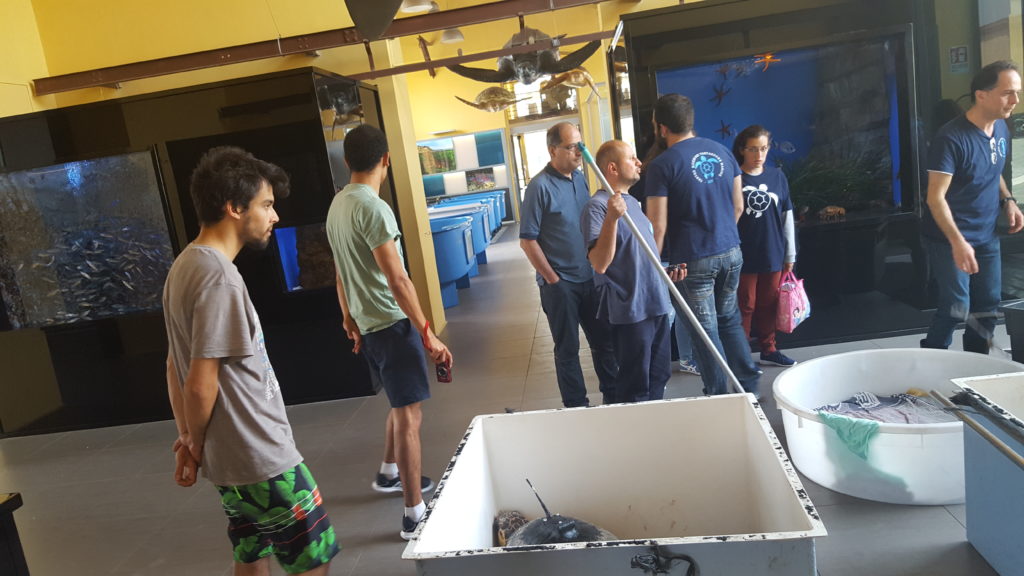 After arriving in Portici and the zoological centre Anton Dohrn, us volunteers gathered with the researchers and volunteers of the centre to figure out the best way to transport the turtles. There were three rehabilitated turtles in total.

Henrik and Anis drew the lucky straw, getting to oversee the wellbeing of the two biggest turtles all the way to the release site in Puolo. After some heavy lifting and organisation, and of course photos, we got back on the road. 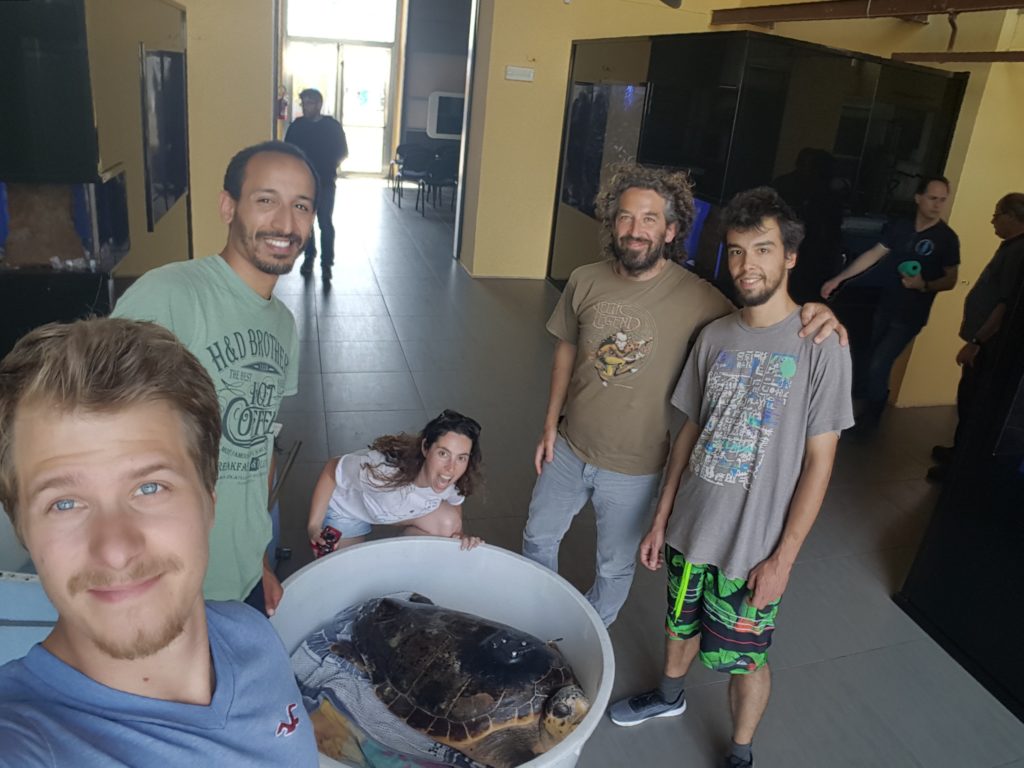 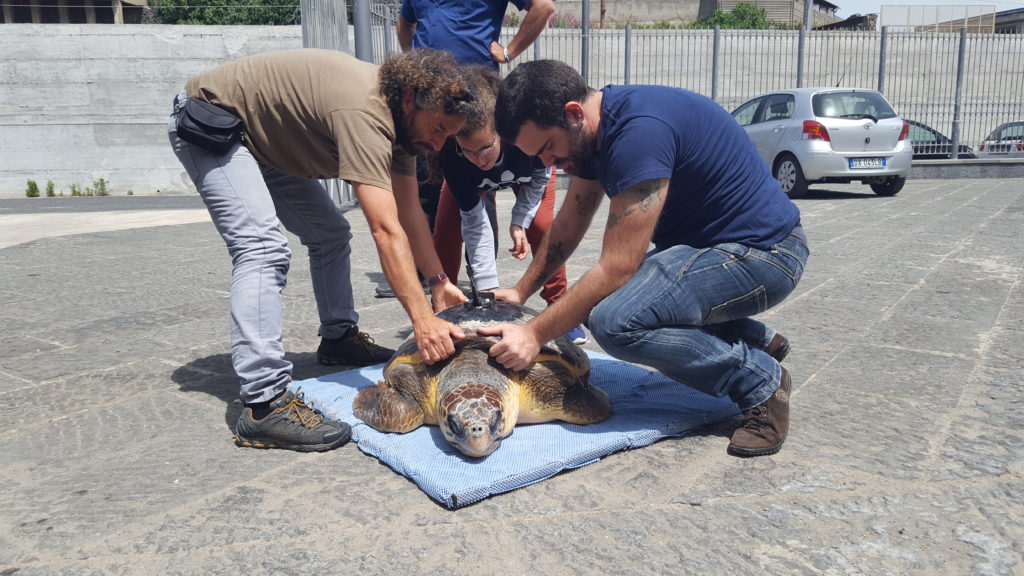 One turtle turned out to be rather restless in terms of getting back to the sea, needing a firm but also careful, comforting hand the whole way to the Puolo. 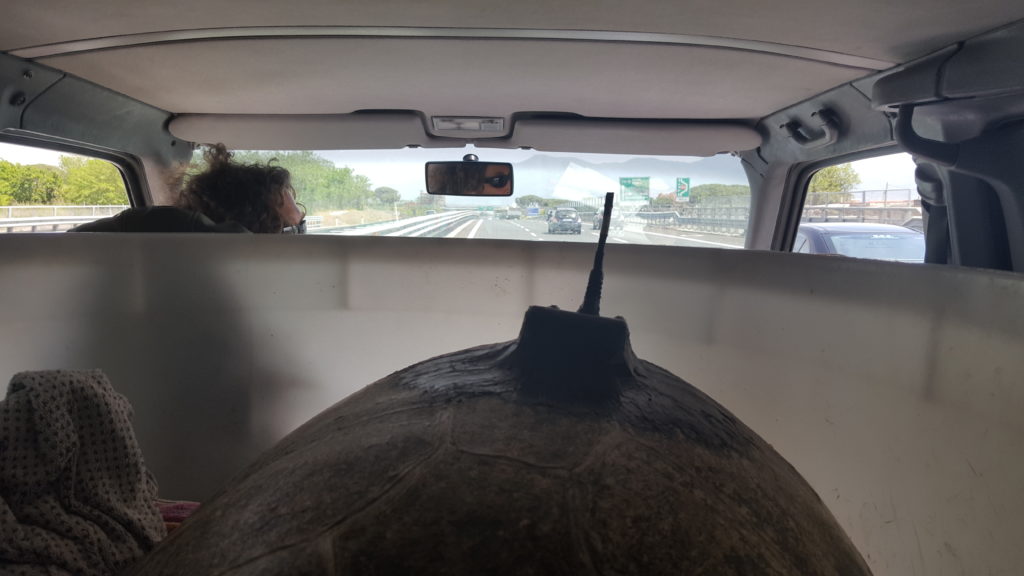 When all vehicles finally arrived at the beach, we were greeted by the local youth calcio squad, and a large local crowd of all ages. Offloading the turtles was a swift process, and everybody had their cameras out straight away to record us bringing these beautiful sea creatures. The excitement was palpable. 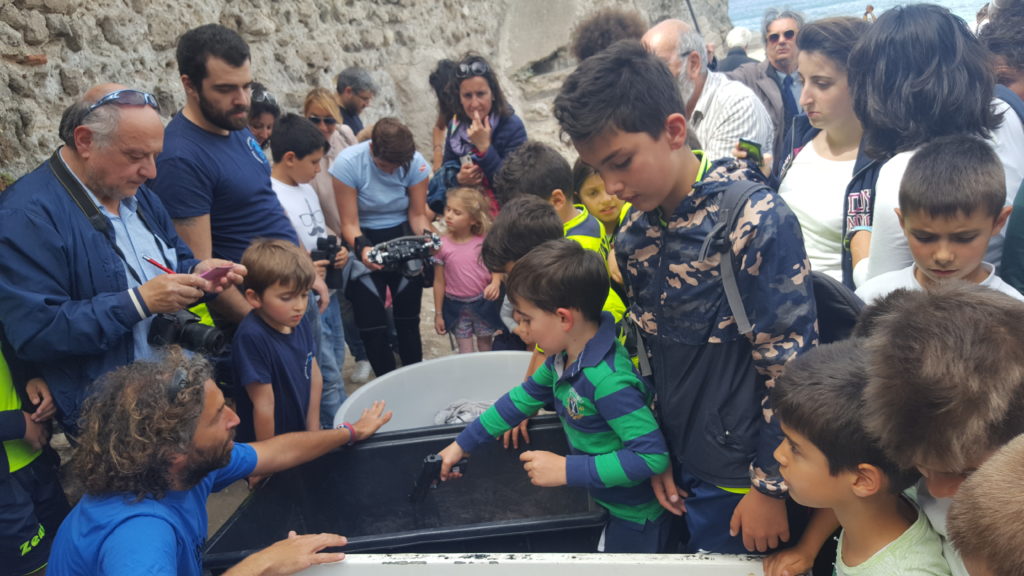 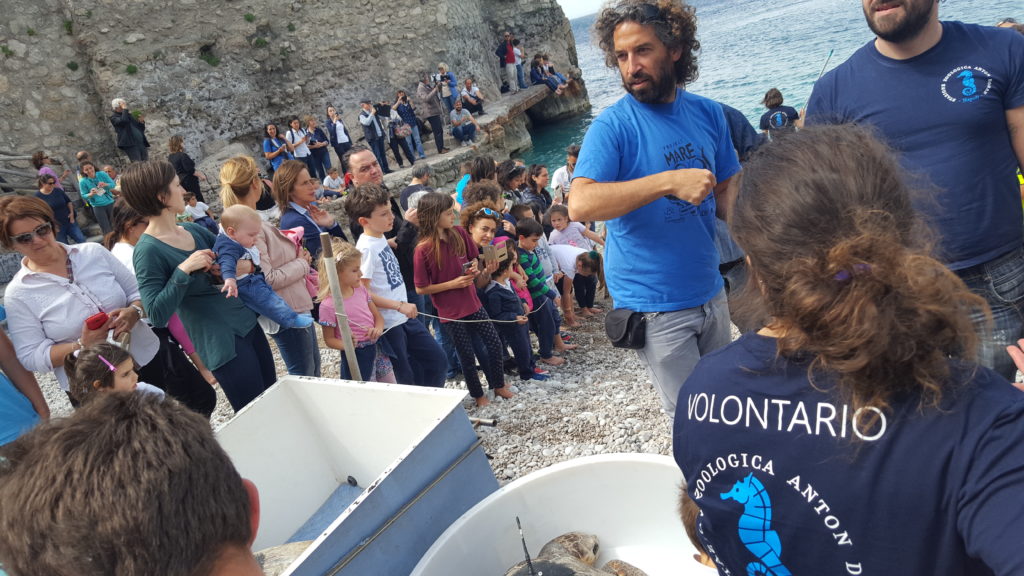 A section of the beach was cordoned off by us volunteers, which was necessary since the crowd was quite dense. After a little bit of time, the release began: first, the youngest, smallest turtle swiftly entered the sea and sprinted out of view. Next, the older turtles, who, one at a time, gratefully shuffled into the breaking waves and let it take them back to where they belonged. Also, Snorklers and divers had joined the spectacle a bit off the beach, to witness this occasion from the sea. Thanks to them, we have some nice footage of these powerful reptiles making their way back out to into the water. Not that there, as mentioned, was any lack of photography on this day… 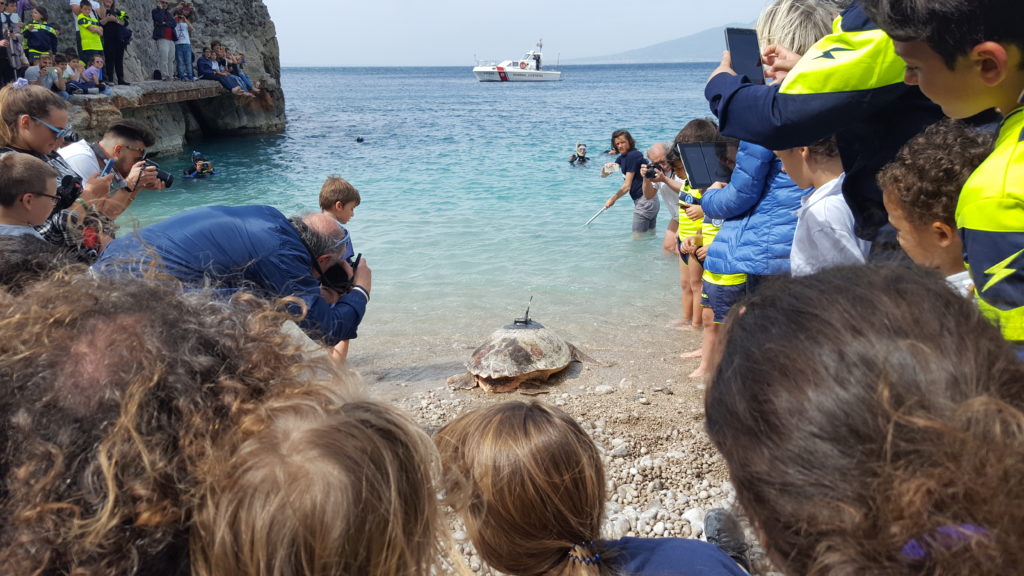 The spectacle having ended, most of the crowd dispersed, leaving us MARE volunteers and Anton Dohrn Zoology Centre researchers and volunteers to enjoy the fruit of our day’s labour on the beach. All in all, a good day’s work.