At 11:30 AM, the Punta Campanella office receives a call to inform them a turtle has been found, 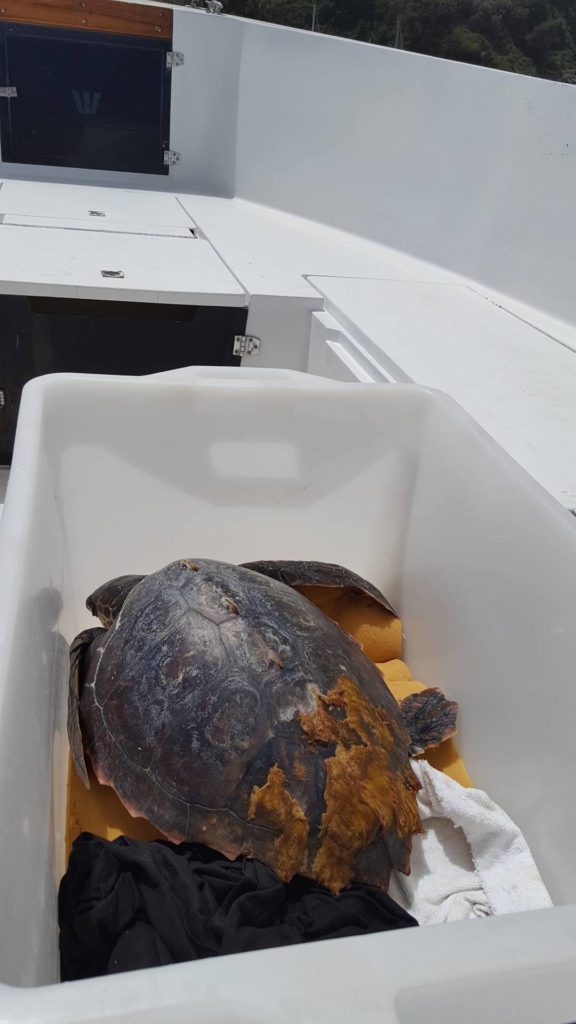 specifically, a sea turtle in difficulty (north west of the Tourist Port). She was found floating on the surface and also had swimming difficulties, which was noted when she tried to move away from the inflatable boat. The turtle also had a hitchhiker on board: a crab of the species Planes minutus, also known as the Columbus crab.

An operator of the Marine Park and two volunteers from the MARE project went to Capri to retrieve the turtle in order to bring it to the Portici rehabilitation center. 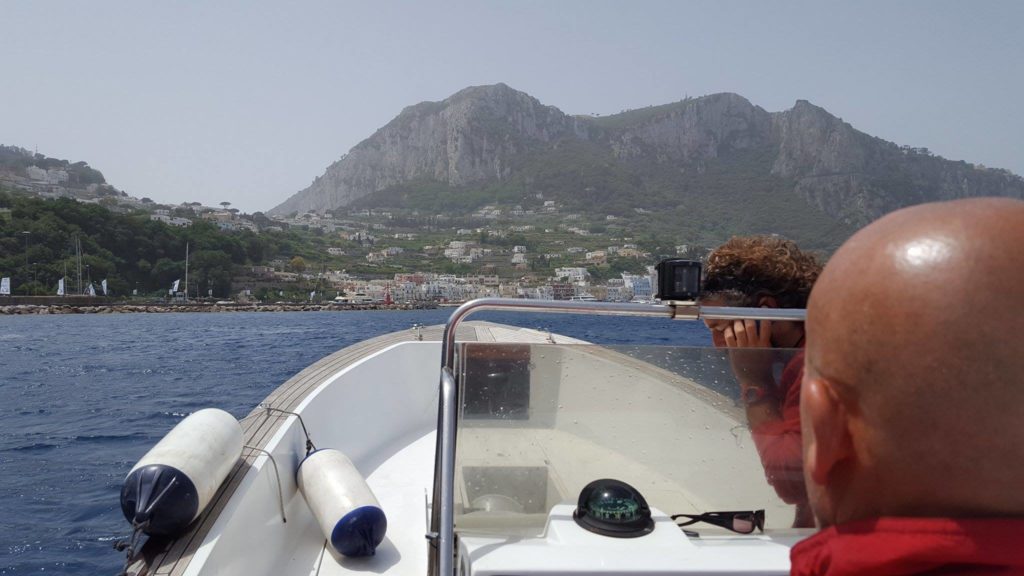 The journey to the port of Capri was wavy, made more so because of the speed at which we were traveling by boat. On the way we passed the Capri sailing competition, with many boats at sea. Qfter entering the harbor we were welcomed by the staff of the CDP and by many onlookers. After tying up the boat, we made our way to the tub where the turtle was. It is a small turtle, a beautiful deep green color. After some conversation with the gathered crowd, we loaded the turtle on the boat and returned to Marina del Lobra. From there we raced directly to Portici. 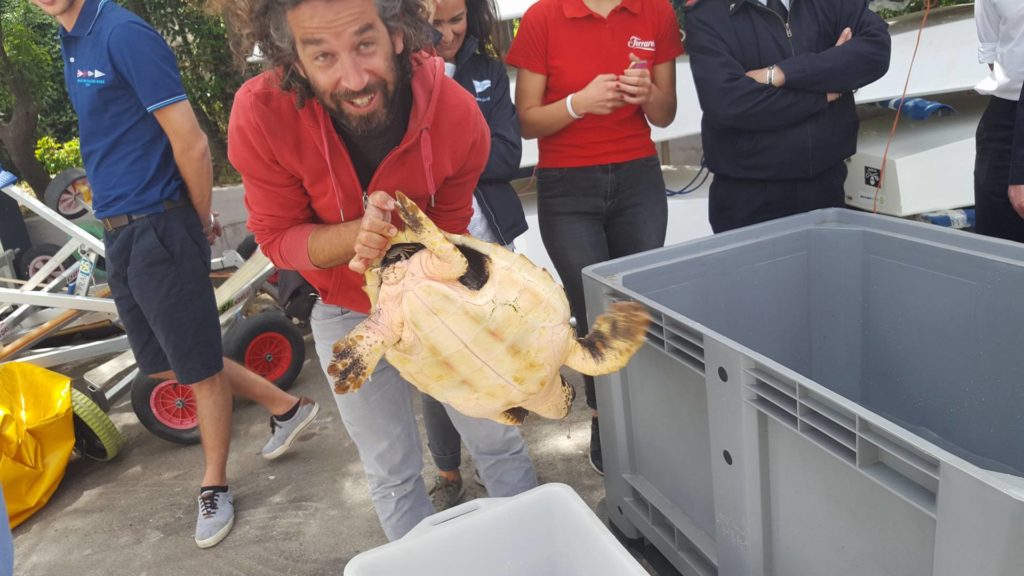 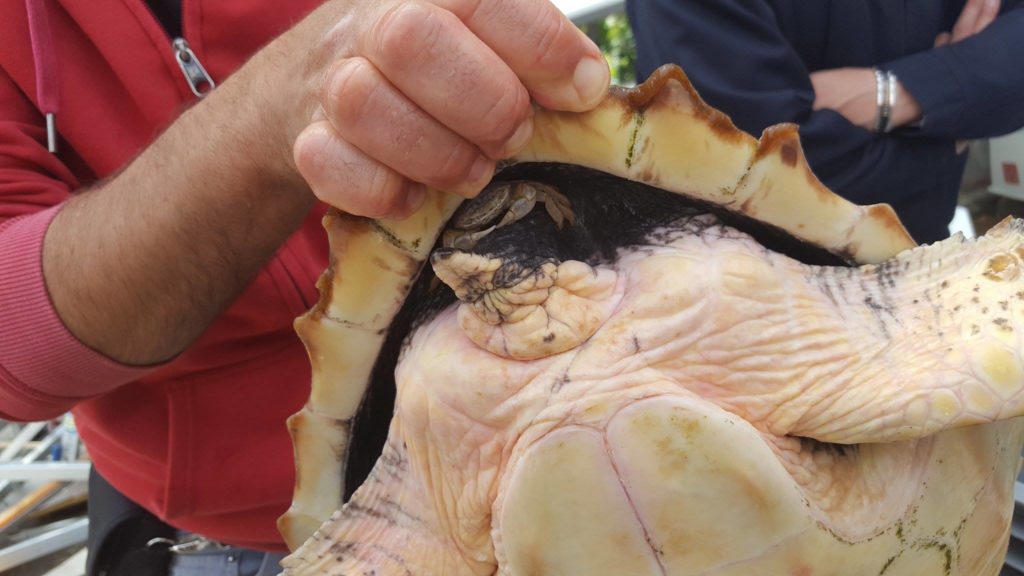 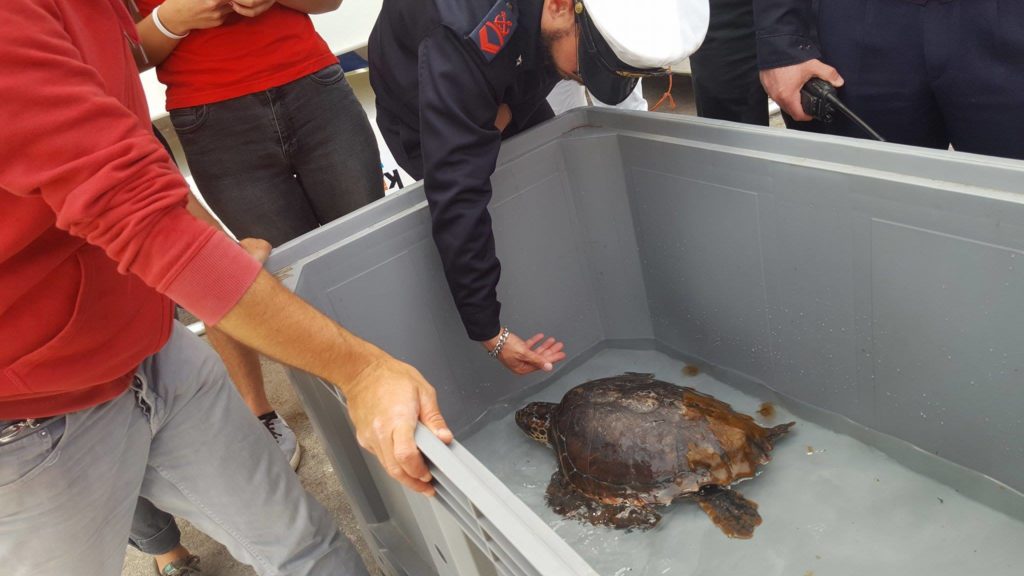 On arrival at the recovery center, operated by the “Anton Dohrn Zoological Station”, the turtle was placed in a basin, and veterinarians and operators performed first aid. 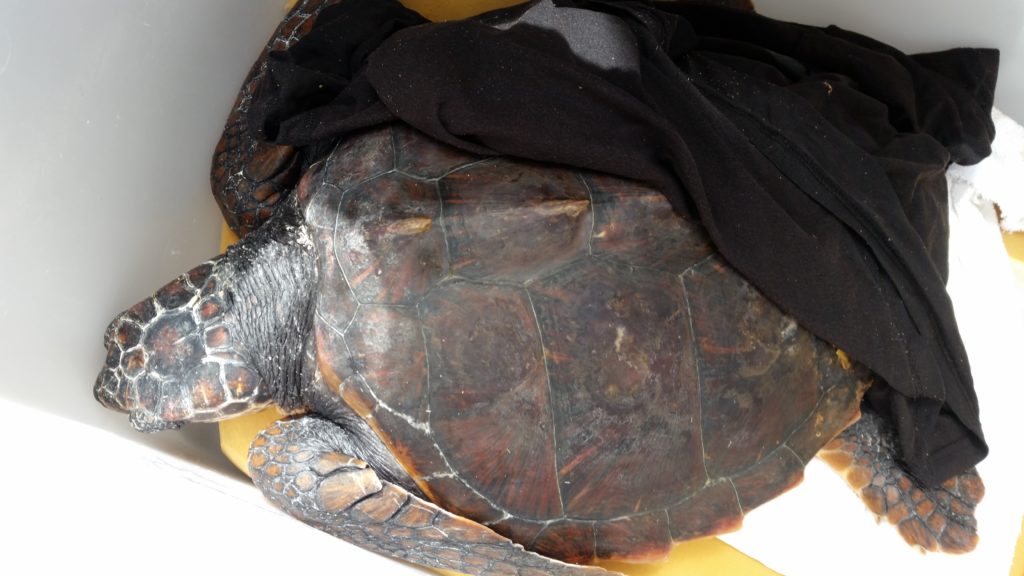 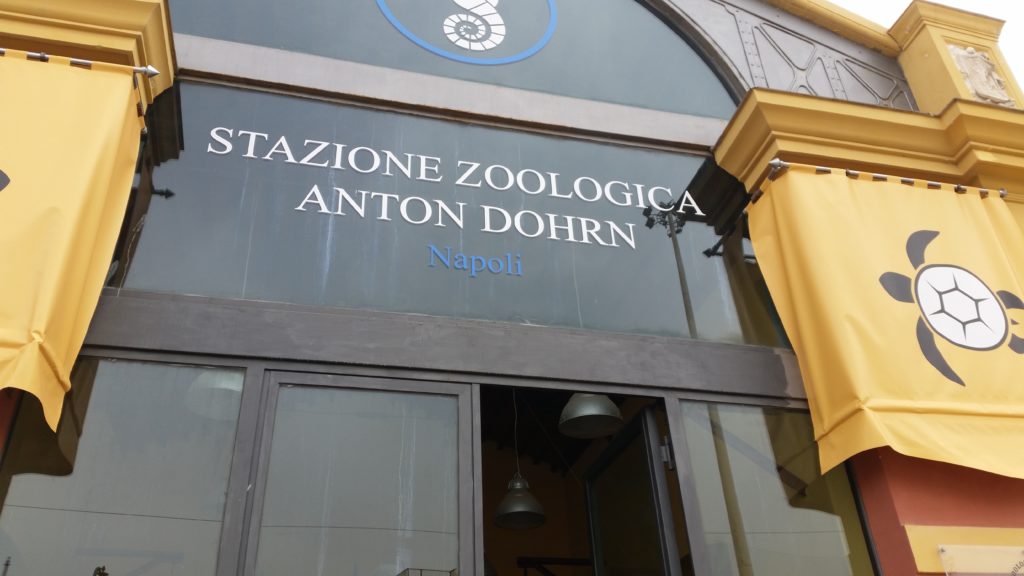 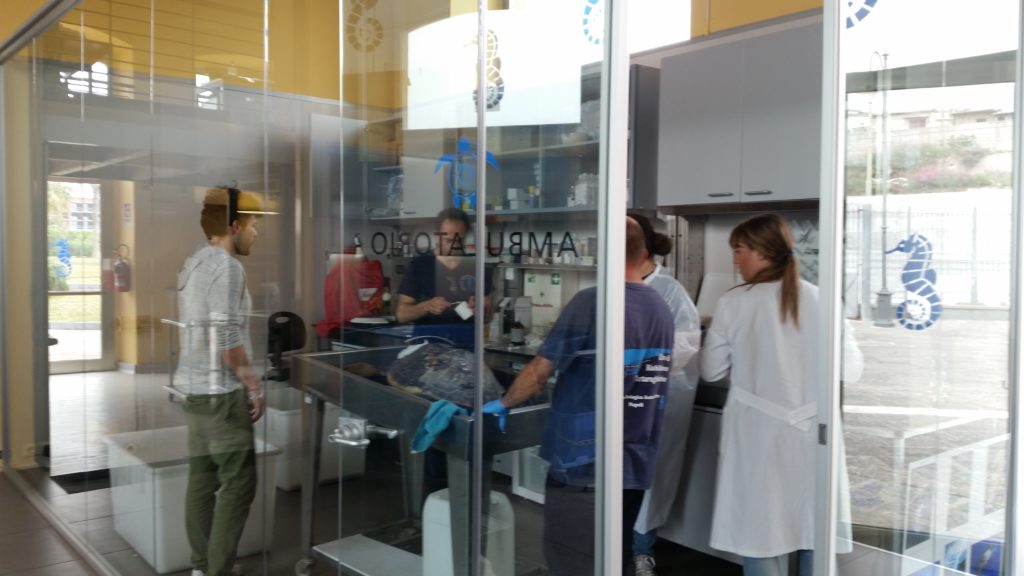 First they weighed the turtle. Then they placed it on a table to carry out biometric measurements. (Table 1). 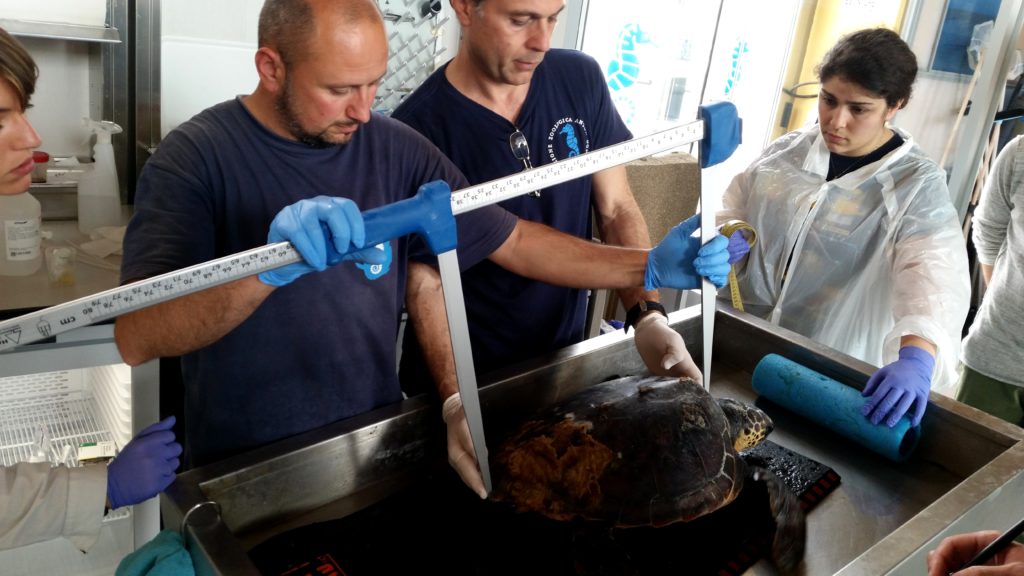 For those who don’t know their turtles: it is a young specimen of Caretta caretta, which is evident from the length of its carapace (which is about 40cm). 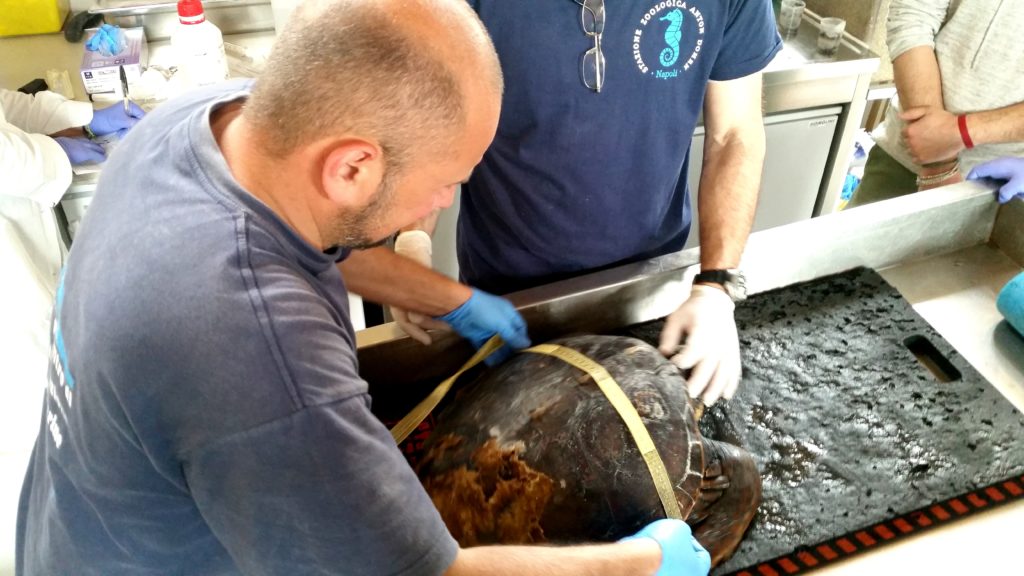 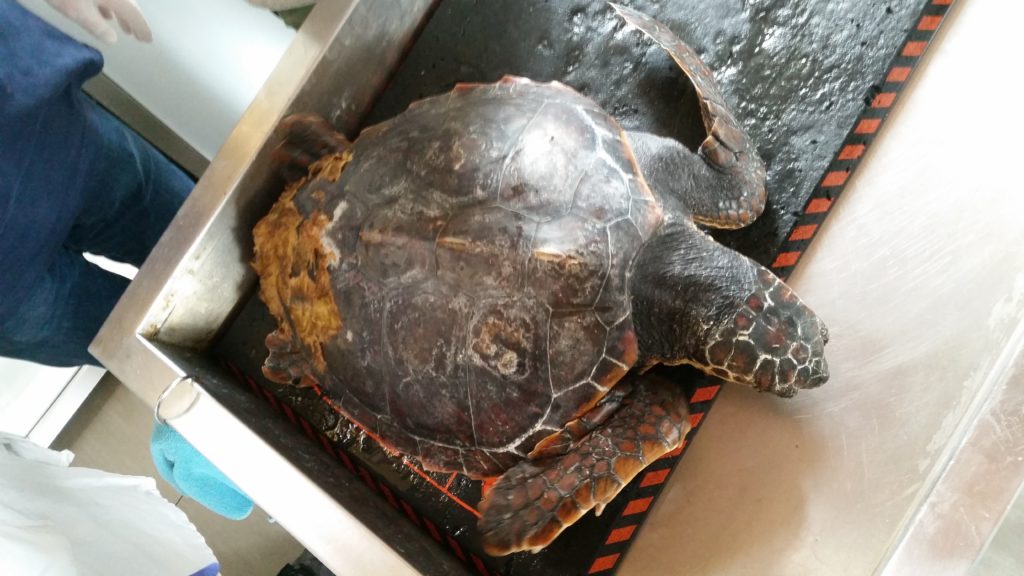 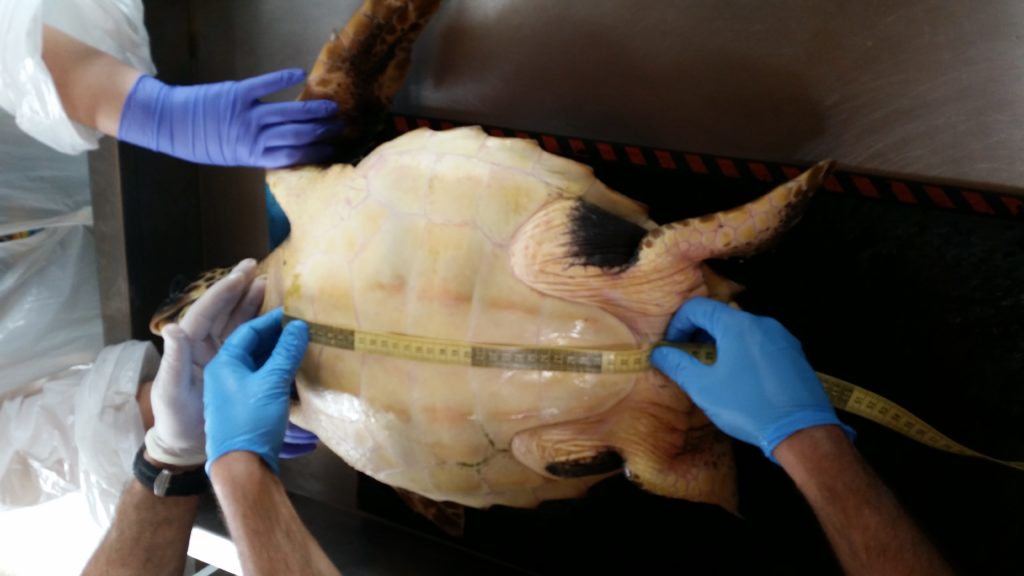 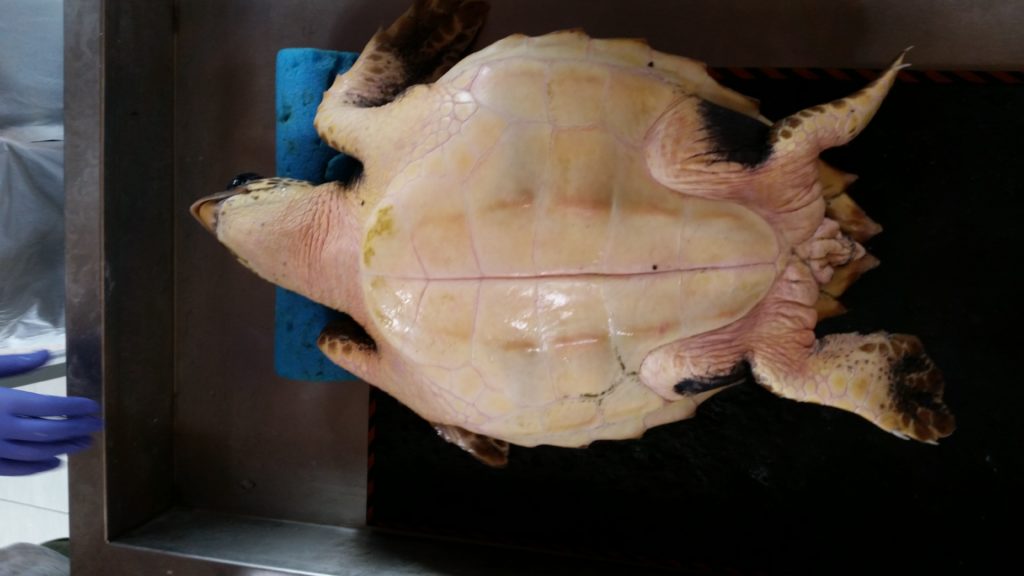 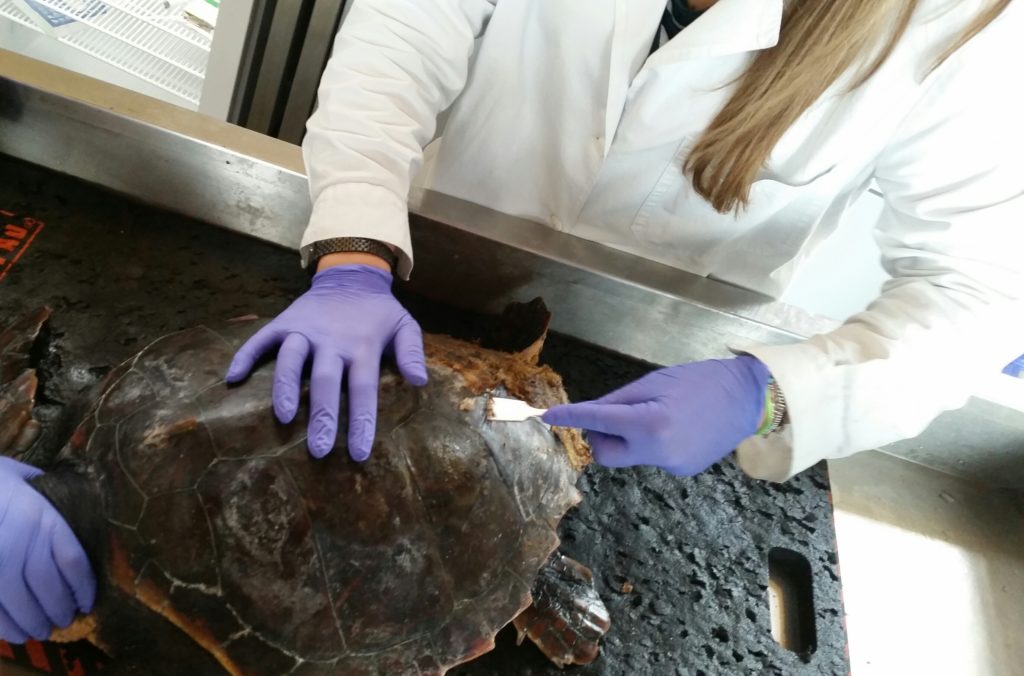 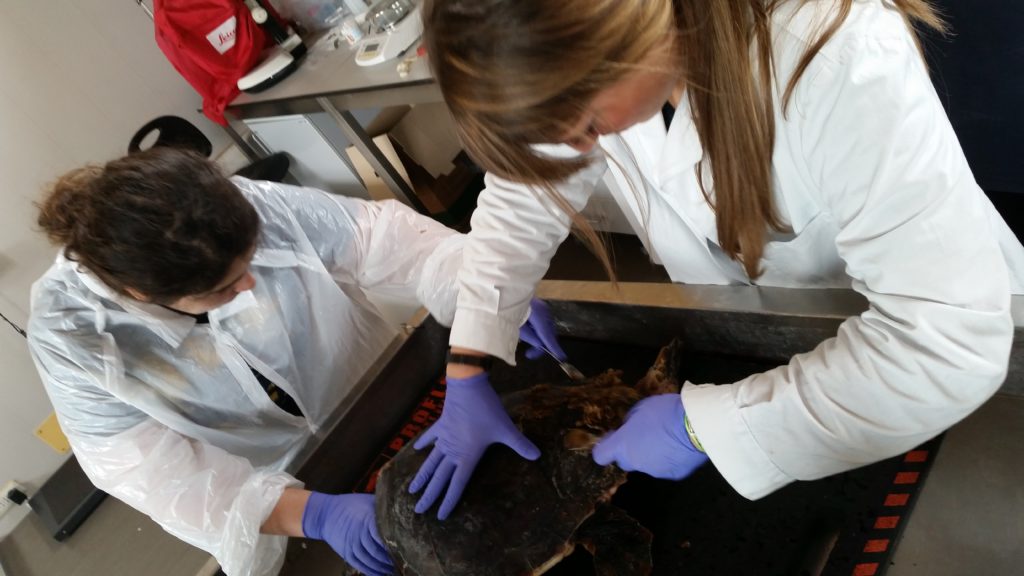 Before doing the radiograph, we removed the algae present on the shell. Then we took it

to the “operative block Luigi Ferretti” for the X-ray scan (with the aim of analyzing the bones and verifying the possible presence of amygds).

The veterinarian used the receiver to capture the image and then put it in the car to control the results on the computer by adjusting the light (light and dark) to perceive the presence of any anomalies. 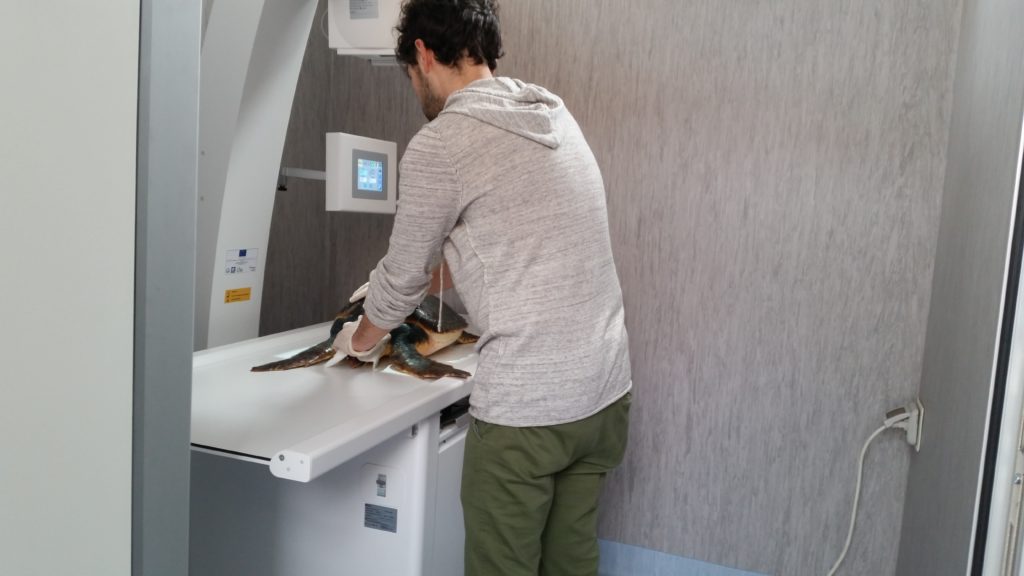 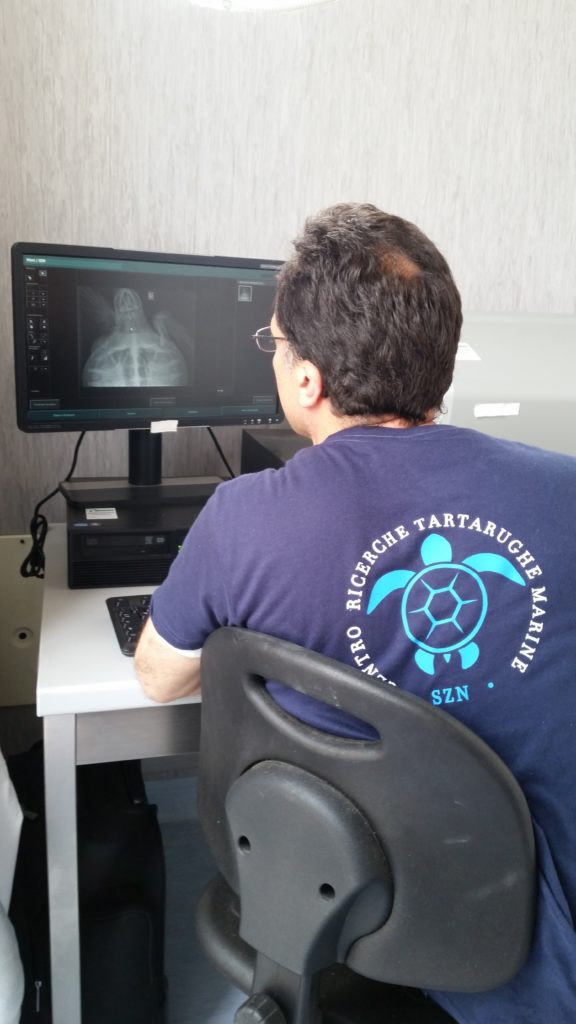 Hypothesis: An unknown object (probably a piece of plastic) is stuck in the intestinal tract, causing constipation and therefore creating an imbalance.

The next step will be to perform an ultrasound to see if this strange body is really located in its bowels.

If the hypothesis is confirmed, the next step will be the cure: rehydration therapy, monitoring, and fish-based nutrition.

After the ultrasound we will know more about it on Monday. 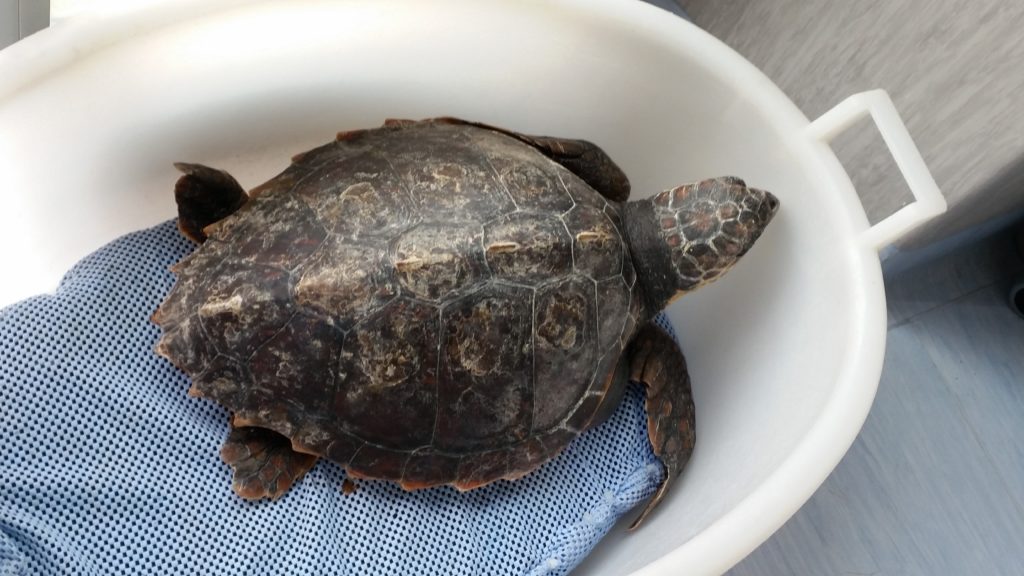 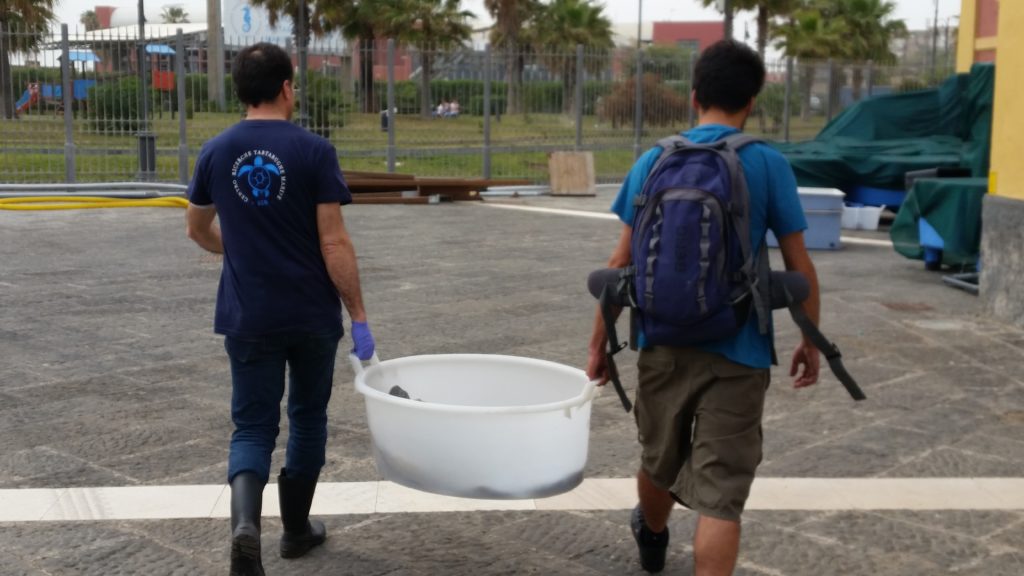