Training in Cilento. Monitoring of cetaceans!

As volunteers of Project MARE one of the aspects that we must not forget is the training. Training as volunteers is essential not only for getting better in our daily activities concerning environmental protection but also to learn. Our stay in Italy is a continuous learning process.

Thanks to the Marine Protected Area “Punta Campanella”, one of these training courses had led us to one of the most beautiful areas of Italy – the National Park of Cilento and Vallo di Diano. This park has a complex structure with various forms of protection (national park, regional park, regional reserves etc.) and with various important places to protect like wildlife, lighthouses, castles, walls, caves, geological and archeological interest places, seven tourist information points along its 120km of coastline and more than 11000 hectares of Mediterranean forest – Posidonia.

Our Cicero was Gianfranco – great, legendary, always joking, indescribable but above all a great professional. From him we learned a lot and, above all, we learned things about science. 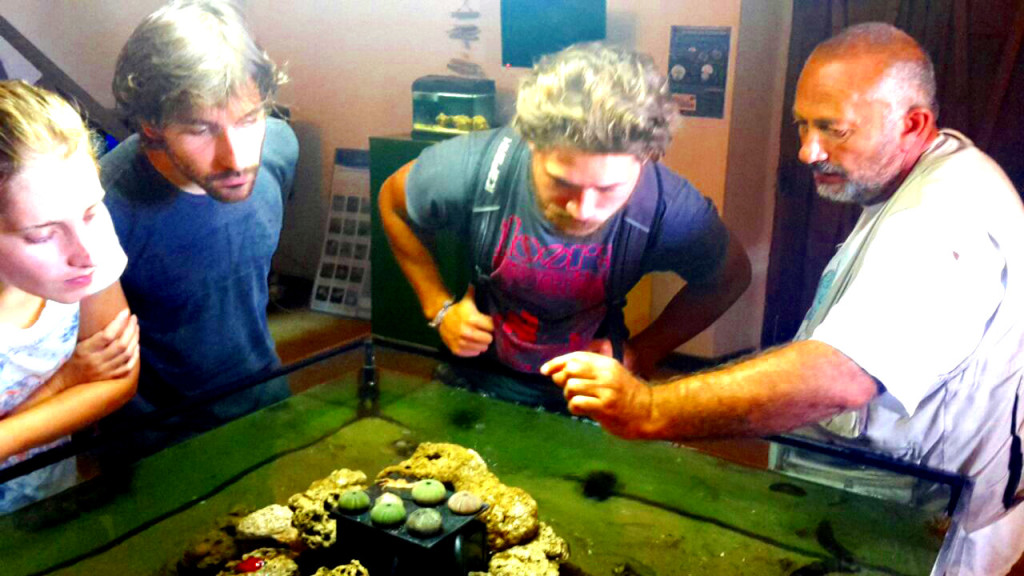 For example, there are two types of cetaceans: Mysticeti which have no teeth (they eat krill). Odontoceti – with teeth, eat larger organisms such as fish.

When you monitor these species of cetaceans it is easy to know if they are of one kind or another because they have holes in their bodies that are used for breathing.

The Cilento National Park performs monitoring and diagnosis of cetaceans and collaborates with the coastguards and the state forestry service.

We also went on several monitoring patrols but we were not lucky enough to see any live whales or dolphins. 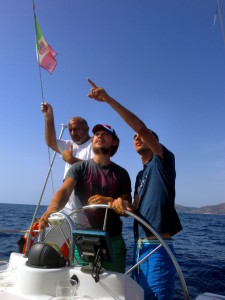 Among the species that are commonly identified in the Gulf of Salerno the most common are:

We also learned how to differentiate between masculine and a feminine cetaceans. It is simple because whales are mammals that (strangely) are not so different from us… like for example the sea turtles, from a biological point of view. 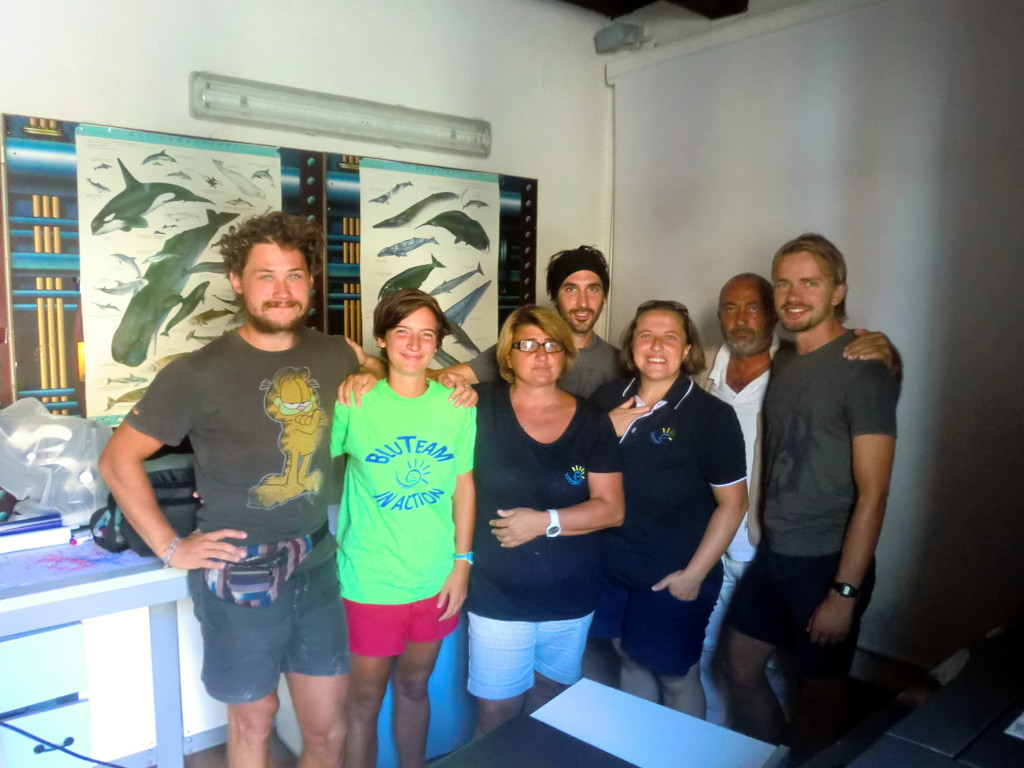 Speaking of science, as a curiosity, do you know the difference between a green turtle (Midas chylonia) and our dear and beloved Caretta caretta? It’s easy! Just count the side plates of its shell. Caretta caretta has five, while the green turtle only four! Look at the picture! 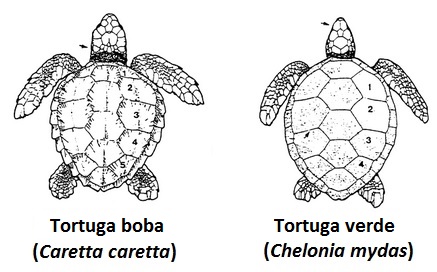 ← Oktoberfest of the Green Party
Collaboration with SILLAGE! →