But what is Sillage? Some time ago Gaëlle, the French MARElina of 2014, kindly wrote me to talk about this project. To make it short and I hope clear: more than 1 year ago a team compound only of women had the idea (a bit crazy as they say) to create a multidisciplinary scientific expedition with a 1 month long trip on a sailboat every year (with every time a different journey in the Occidental Mediterranean Sea) over a period of 3 years. This project has various goals, which I looked up on their website: develop interdisciplinary approaches, emerging science programs across the Mediterranean, joint scientific knowledge and questions of society and finally create links between the persons involved, managers and scientists from the Mediterranean to consider all the possibilities for sustainable development in the Mediterranean. 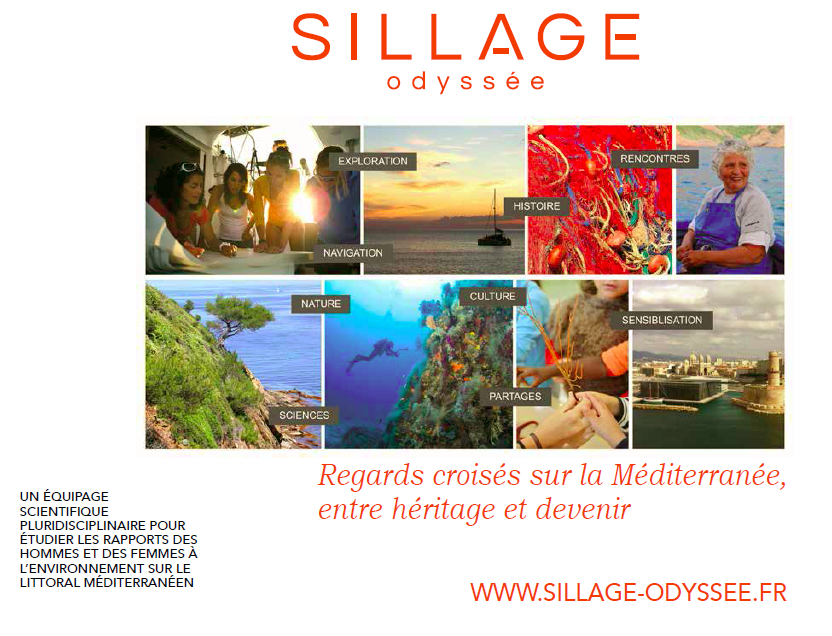 In short – a beautiful project full of ambitions that… came to Naples! How could Project MARE be involved in the activities of SILLAGE? We could not miss that opportunity… After an intense exchange of emails between the park and them we finally could, I hope, be very connected.
First of all, lucky Gaëlle made a beautiful trip with them on the sailing boat to help them with Italian language but also with various activities they made in Ponza, Ventotene, Procida etc. A woman from the expedition also said to me that she could not remember how it was before Gaëlle’s arrival – she perfectly integrated in the crew! 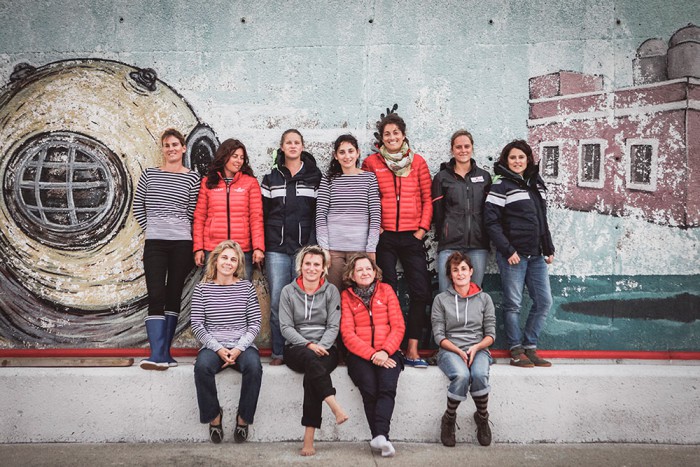 When they finally arrived in Naples we spent the weekend with 2 SILLAGini (it works? Yeess): Leïta Tschanz – a PhD student in the IMBE (Institut Méditerranéen de Biodiversité et d’Ecologie marine et continentale) who works in SILLAGE on the analysis of socio-ecological systems of the Mediterranean coast, doing workshops with local experts and surveys of local people on the street.
Orianna Coutreix – a PhD student in the Conservatoire du Littoral who works on the small islands in the Mediterranean sea with the project PIM (Petites Îles de Méditerranée) and also helps Leïta with the surveys.
So Saturday and Sunday we made 61 surveys in Naples! How did we do them? We made teams of 2 or 3 people from MARElini and SILLAGini (to have the chance to discover more about their project and their impressions), we asked questions following the questionnaire they made to understand the feelings and the point of view of Neapolitans about the nature, the Mediterranean Sea, the management in Naples considering environment protection etc. For me it was the first time I made this type of activity – to meet and talk with random person on the street! It was a nice opportunity to understand more how Neapolitans live and what they think about their life. One question was “Is it fortunate to live in Naples?”. Personally, out of 10 people interviewed, I had 9 “fortunate” and 1 “privileged” ;) 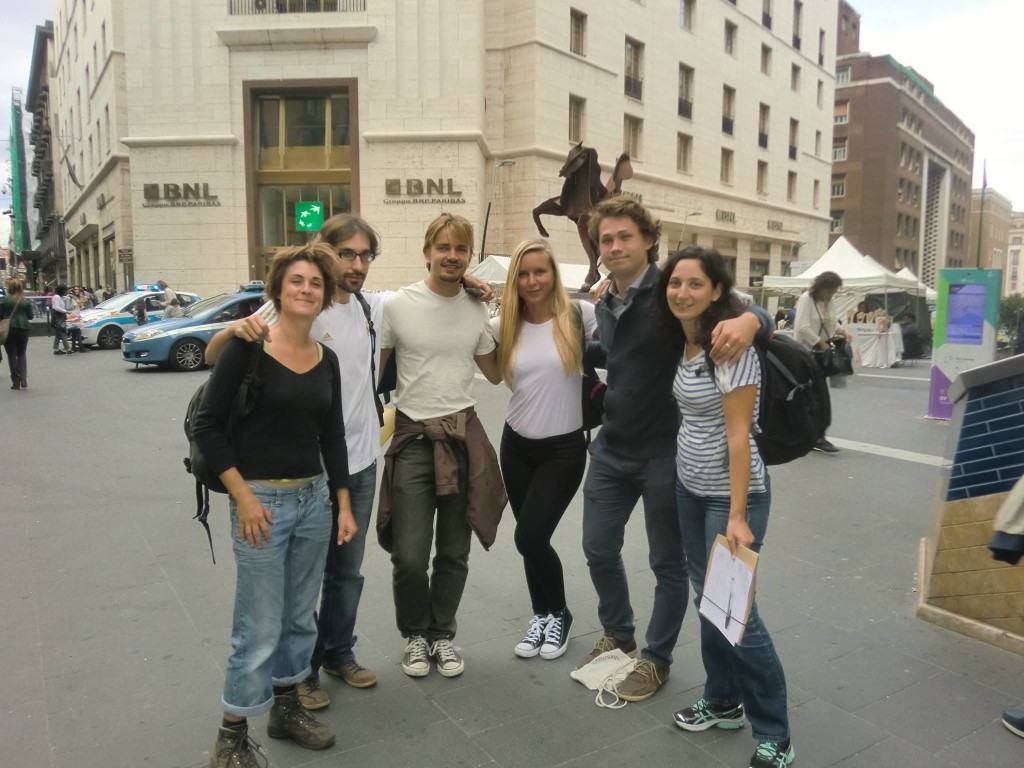 The next Monday I had the chance to take part in the workshop organized by Leïta with 4 experts of the Gulf of Naples: Domenico Sgambati (our coordinator but also a marine biologist of the Punta Campanella Park), Antonella De Angelis (she works for FAI and handles the Ieranto bay), Francesco Maresca (marine biologist) and Caterina Duraccio (archeologist of the marine protected area of Gaiola, North of Naples). 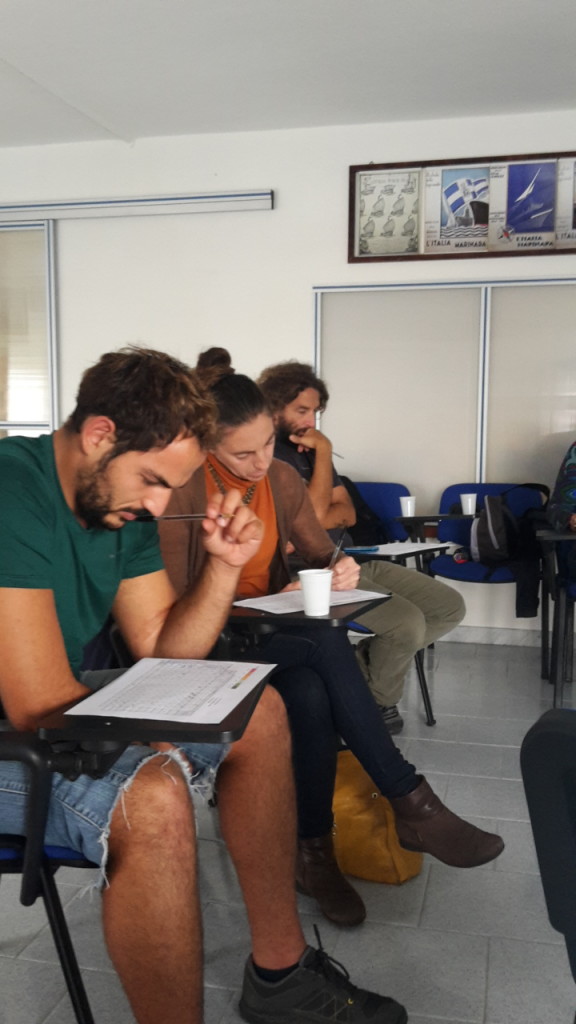 They worked all day to let Leïta understand the current state of the Gulf from a scientific and
naturalistic point of view, talking about natural elements, their use, their threats and pressures, but
also – how they see the future of these elements etc. Together with Gaëlle and Julia (an Italian who works in France with Leïta) we combined our 3 brains to jump between Italian and French to permit everybody to understand each other. I think that this activity was beneficial for both sides, Leïta has now a lot of data to analyze, but also the scientists from the Gulf who made an activity not really usual here, which allowed them to exchange and discover others point of views. Personally, I really liked to beable to listen to the workshop and deepen my knowledge of the environment around me which I am learning about already for 5 months.
Finally on Tuesday, October 20, I went to the French institute in Naples to listen to the round table of Sillage. 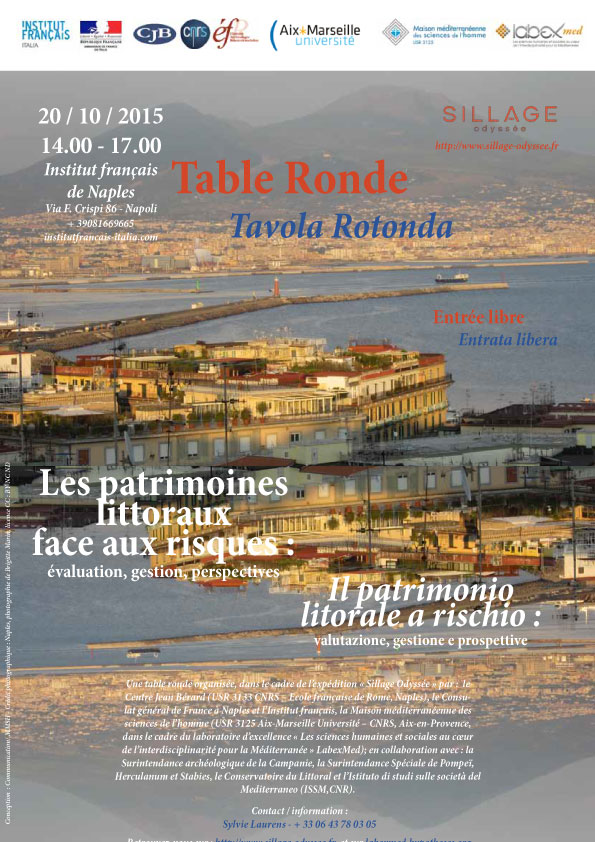 This was the last activity with SILLAGE for us as they departed to Porquerolles which is the last stop of their trip this year.
To conclude, because I wrote a lot, THANKS to SILLAGE for the beautiful collaboration, it was a real pleasure for us!
Viva the FRANCE – ITALY collaboration!
For more information:
www.sillage-odyssee.fr
www.facebook.com/Odysseefeminine
http://www.imbe.fr/
http://www.conservatoire-du-littoral.fr/