Against a Colossus in the Bay

It was the end of July, in the peak of the summer season in Southern Italy. Ieranto, the borderline bay of this peninsula that is called Sorrento. It’s clean water, with a temperature of 29°C, contains abundant fish populations and colorful flora that attracts dozens of people. Who knows how hot it was but we were distilling sweat all over. All in all, it was another sunny day monitoring the bay. I was sitting in the kayak, gazing at the horizon with its imponent Faraglioni and vast waters. In the dead hour I had no worries.

It was mid afternoon and not much was going on. I was actually thinking of jumping in the water, getting refreshed, seeing some mighty fishes, and jumping in the kayak again, nothing I haven’t done before. As I was getting on my kayak I saw a massive yacht crossing the middle of the bay. Set to action I whistled to my two colleagues, Tony and David, for them to join me; we paddled hard to reach them. In a split second we were fearlessly at its prow, like three ants in front of an elephant. We called them out, yelling at the hugeness of the floating body that it was not allowed to anchor… but in vain. Some of the passengers looked at us indifferently, they gave half a turn, head some dozens of meters away and SPLASH!, a huge double anchor falls on our bay, right in a meadow of Posidonia oceanica.

Who were these people?

The Superfun yacht has 40m length and on its stern it had the flag of the Cayman Islands. It was a luxury cruiser, to which you pay 80.000€ a week in order to have a period of breathless moments. But what kind of sick fun can you have if you destroy recklessly the places you so highly paid to visit?
We got closer to its stern and asked to speak with the captain. We were surprised to find that there was a rubber boat attached to this giant. When he finally came he started shouting rude and arrogantly, asking us who were we and under which authority were we speaking to him. He was red like a dragon. If he could have spit fire he would have decimated us into ashes in no time.

I gave him politely all of our cards, even if his attitude towards us outraged me. I explained to him that Ieranto was a protected area and therefore it had special requirements and restrictive rules, that we were guardians of the bay and our duty was to inform everyone that came in an illicit way how to play according to the rules.
He didn’t care about the reasons of the park. He daringly yelled what if he didn’t follow the rules. It was a test to my argumentation skills and my capacity for staying calm under disrespectul behavior towards us and our work. In the midst of his anger for being defied, I appealed to his care. By that moment several people had sorrounded us on the boat. I reasoned with him. I could not do much about them staying other than informing them and informing them that eventually they would be in contact with the Coastal Guard; that such a huge watercraft was an attractor to other kind of misconducts and that several threatened species were under them. So I said: “Respect our rules, help us to protect our bay.” The captain swallowed it hard. I was the one having the last word, for there was nothing he could reply back without looking bad in the eyes of his clients. So he looked angrily at me and turned away. I didn’t understand what it meant at the beginning. Moments later I heard the anchor being pulled out and the engines restarted.

But it didn’t finish there. The yacht left but left behind its spawn, the rubber boat. “But my clients will have a bathe in here!” – he spoke as it happened. He was a hard nut to crack. What else could we do? I said my colleagues we’ve done everything we could in the rightest way possible. So we were persistent and we waited next to them, not giving them the privacy they wished to have. We consider ourselves protectors of this bay and strong representants of the environment. As guardians we’re not here to fight but we do empower ourselves with solid argumentation and polite persistence. They eventually left and even though they trespassed, the rules and the values of the MPA persist. 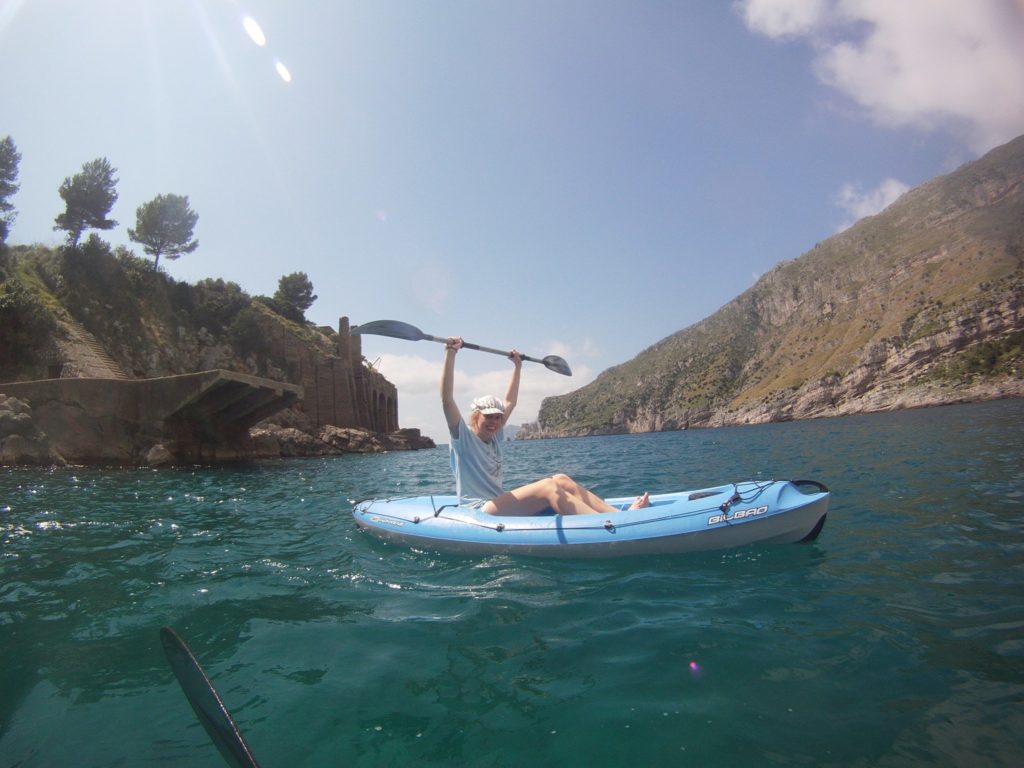 For us it was a personal victory. Money plays high stakes and rises his influence over many voices and good morals. This time it didn’t. This time it was us and what we represent that stood higher than luxurious interest and reckless exploitation.