On Monday evening, taking chance to gather all the volunteers at home before half of our team leaves to go to the midterm-training, me and Valentina – a Latvian volunteer from M.A.R.E. edition 2014, who comes back every summer to give a helping hand in monitoring of the Ieranto bay and to enjoy this magical place once again, organised a final party of Latvian cultural month. Also Stéphanie, a super cute person and a veteran of this project, arrived a few days ago to spend two weeks with us.

The idea was to involve everybody in the cooking process and to show, how to cook some of typical Latvian dishes. For this time we decided to serve buckwheat with to types of fresh salad (leaf salad + cucumbers + greens + linseed oil and cucumbers + tomatoes + unsweetened yogurt instead of the sour cream), a carrot and green peas stew and baked apples for the dessert. To create a further mood a Latvian music was played in the background. We started with cutting the vegetables (including a master class of carrot cutting art) to prepare everything for the salad and one of the main dishes. 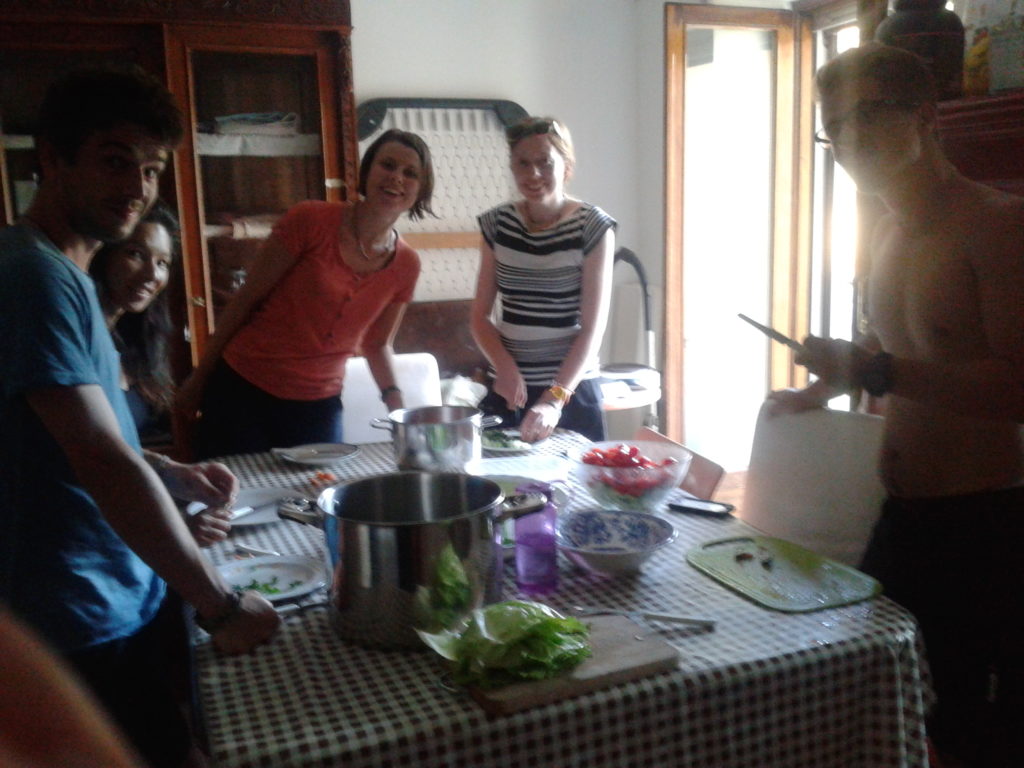 We had also another  guest – a French guy, who spent time with project M.A.R.E. volunteers three years ago and is also a friend of Méli. Yes, the world is small!

Meanwhile the buckwheat and the stew had been cooking, we prepared the apples and filled them with raisins and cinnamon. 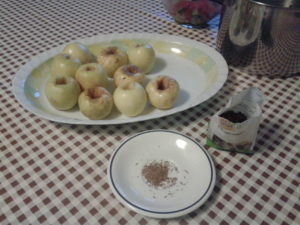 The final part of the party took place on our terrace soon after the sunset. We could enjoy the meal with a beautiful view to the sea and later the clear sky full of stars. So lucky to have this place!!! 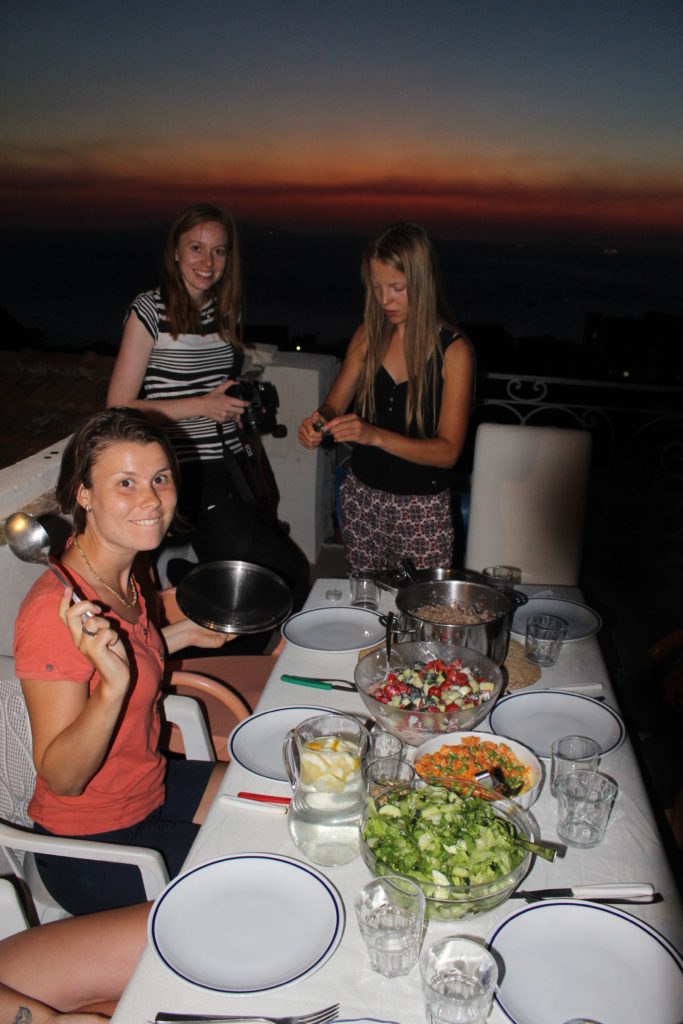 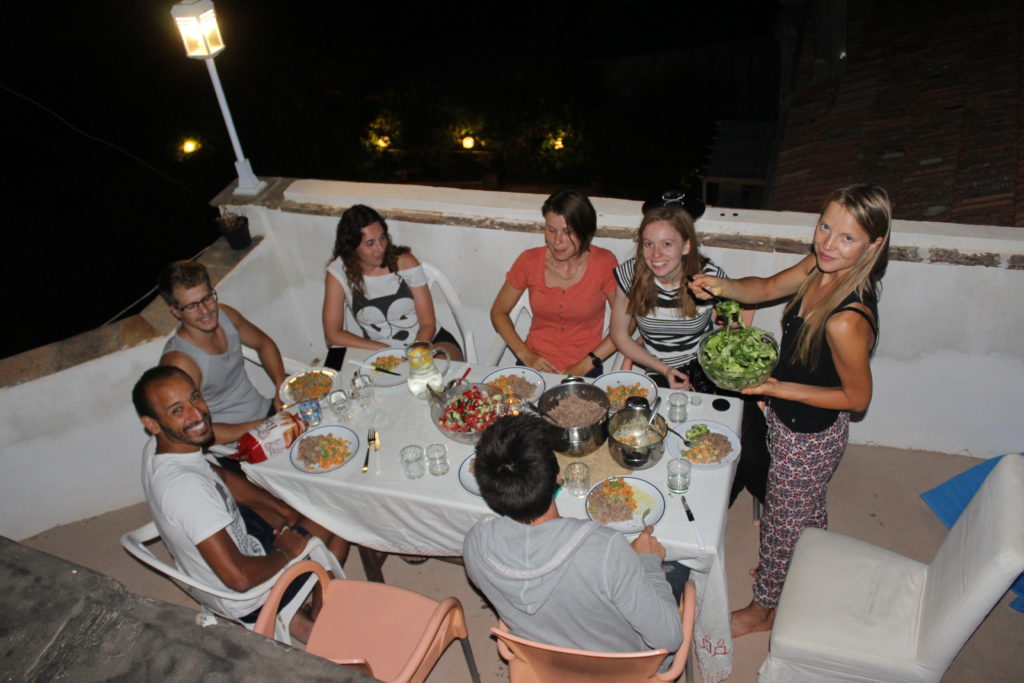 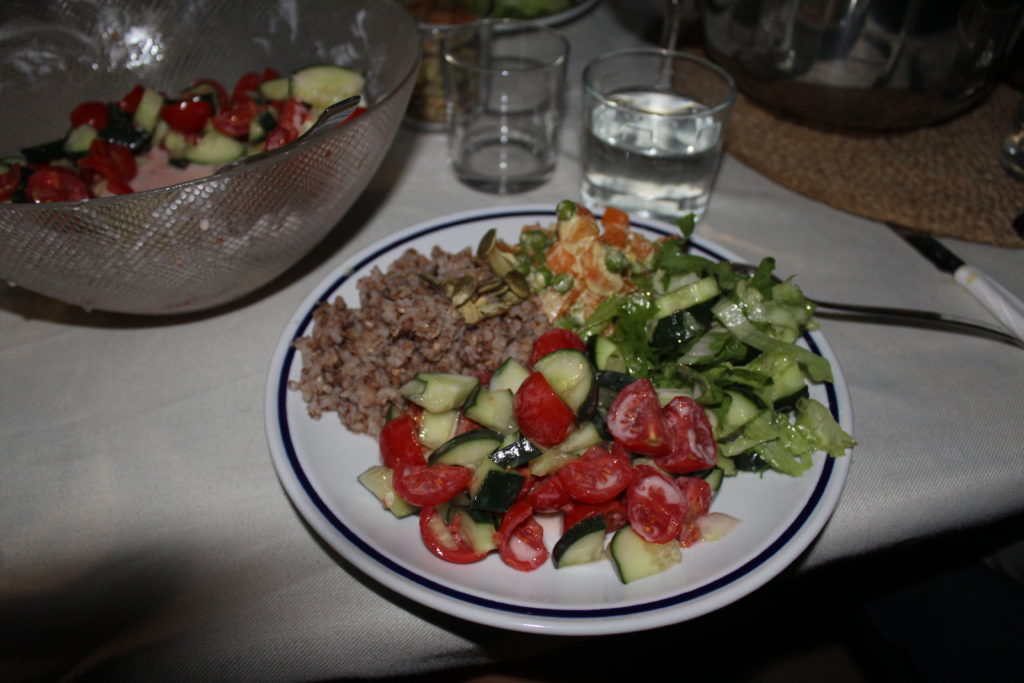