At the end of July, four of our volunteers went to Sicilia to participate in their mid-term training near Catania in Nicolosi. Alvaro, Frauke, Mikus and Sonia together with other 29 volunteers followed activities about our future expectations; about challenges we encountered and giving advice to future volunteers (which we did in the form of a video); and about our situation in our projects, how it was in the beginning and how it is now. This training was really useful to all of us, we met new volunteers, and we got information about other projects and life in different parts of Italy. 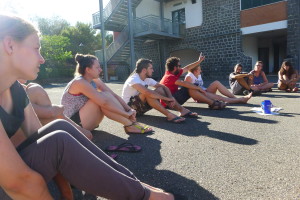 After our mid-term training we stayed in Sicilia for 4 more days to visit our friends in the city of Bronte, who also work in an EVS project for the organization Giacche Verdi Bronte (www.giaccheverdibronte.it). They are two German guys, Tilo and Flavio, who are doing their EVS project for 1 year in the field of environmental education and protection in the region of the volcano Etna. While visiting them we had the chance to go together to see the amazing fields of lava 1 700 m up on the Etna, and got a small inside view of their work. 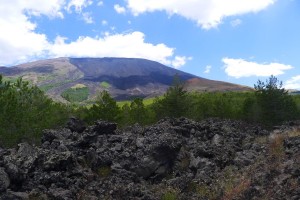 Tilo worked that day on an important project where he and three forestry professors from Palermo made a study to protect 500+ year old oaks on Monte Egitto, an old extinguished volcanic crater, from artificially planted pines, which grow too high and take all the sunlight. 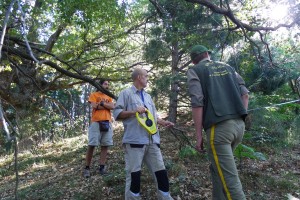 These 4 days we stayed in Bronte in the house of Tilo and Flavio. Bronte is a city on the eastern side of the Etna, famous for its production of pistachio, with 20000 inhabitants between the Nebrodi National Park and the Etna Park. One thing that was impressive was the night life in Bronte, it was full of young people and loud music in the beautiful medieval architecture of the city. 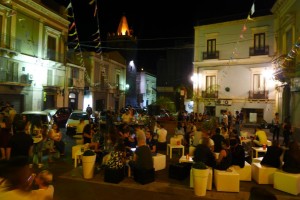 The last day we spent lying on the beach: on one side there was Etna making thunderous sounds, and on the other side across the sea we could see until Calabria; it was a beautiful place. 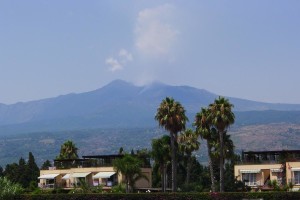 When we left Bronte we took the historical train line Circumetnea, and from the window we could see a sea of pistachio trees covering all the mountains. 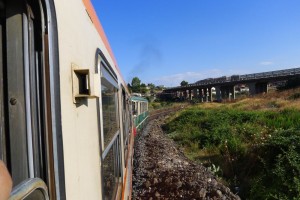