Monitoring a nest of sea turtles

Last week in beautiful beach of Caprioli in Cilento workers and volunteers of “Stazione Zoologica Anton Dohrn Napoli” cooperating with volunteers of “Mare Project” were taking care day and night of a turtle nest of Caretta caretta. 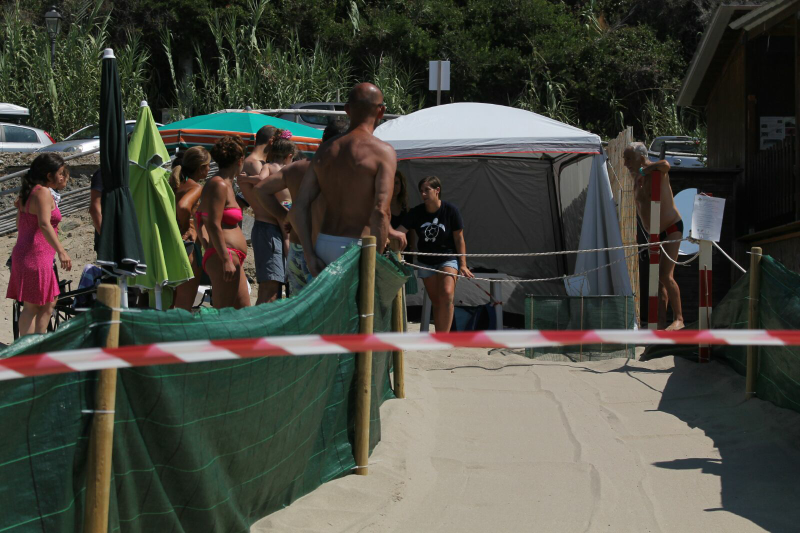 In 5th of July a guard of the beach bar “Lido lo Scoglio” in night saw that turtle of Caretta caretta came out of sea and expend eggs very near of the bar, so he inform the organization who later demarcated area so the nest is safe. 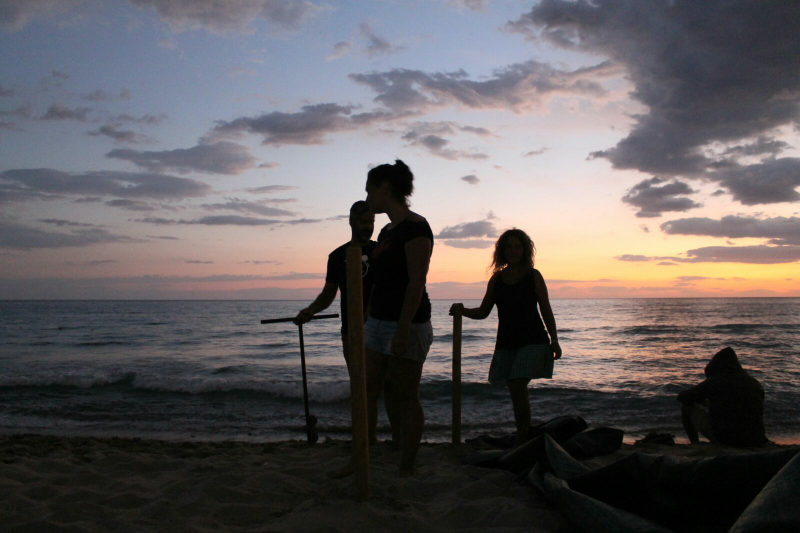 In nowadays the big problem for turtles is hotels in the beaches because of the lights and sounds. Naturally the females came back to the beach to do a nest where they were born. So this turtle was borne in around 30-40 years ago in beach of Caprioli and returned back to make a new nest. So during this time the beach became more crowded and dangerous for turtles. Because of that there is a lot of volunteers who helped to make a safe place for them to born and start new life in the sea. 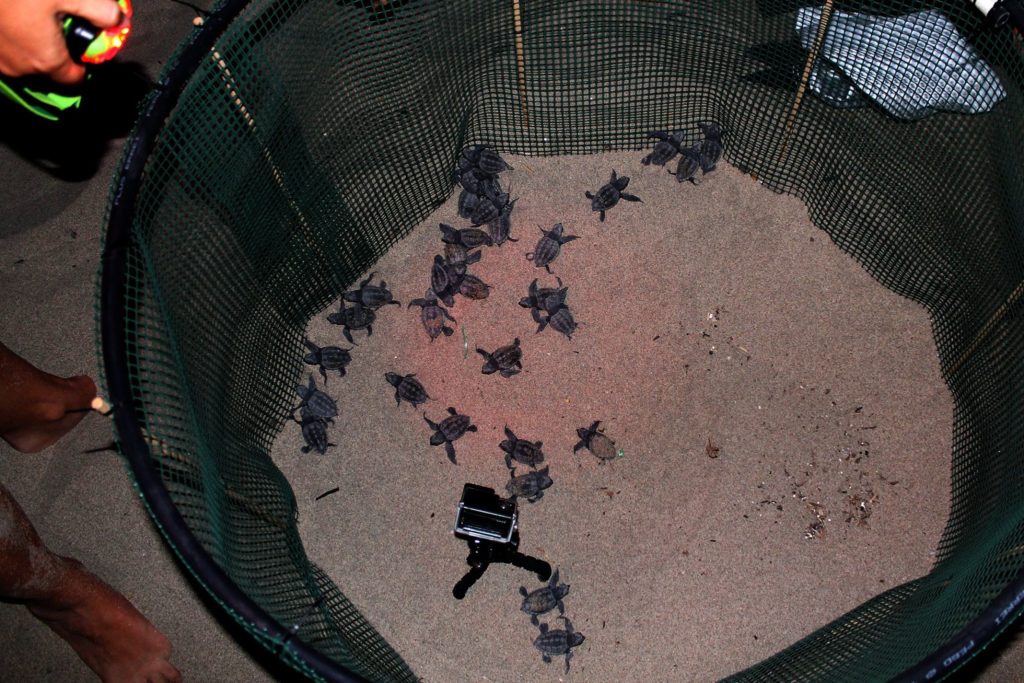 With a research of turtle nests nowadays it is possible to predict the time when new turtles will born. So with the mathematical formula and the temperature of the nest it is possible to know more or less the day they are ready to came out from the nest. 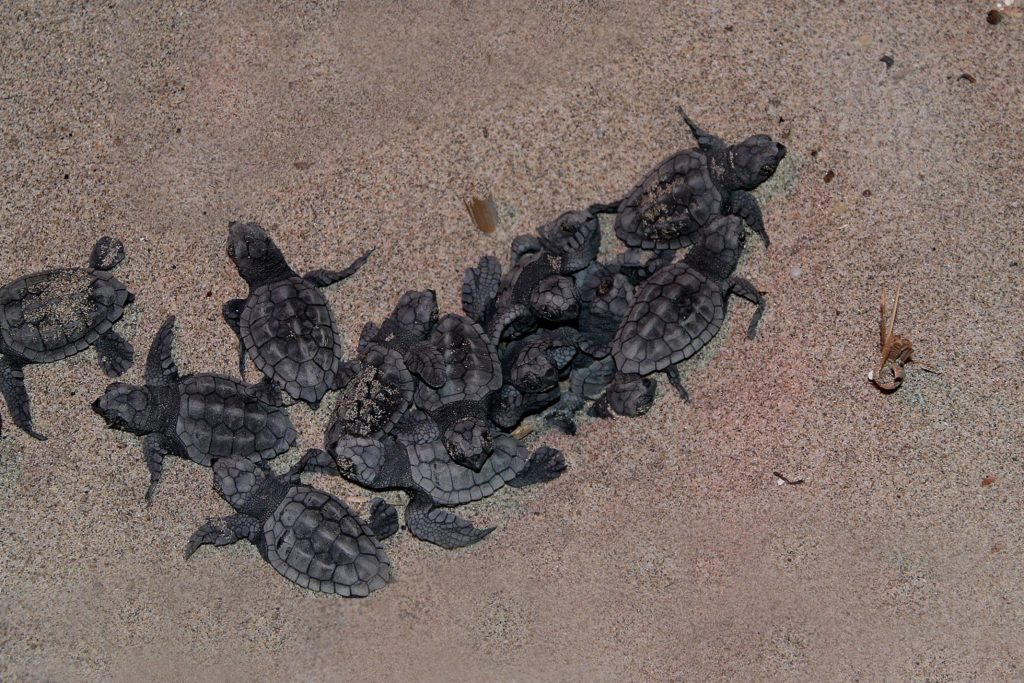 Starting from 23. of August volunteers started to guard the nest day and night because the interest of people is huge and also is dangerous  for new turtle babes. The predicted time was 25. of August, and it was exact. In the night around 00:15 first turtles were born and till 2am in total was born 38 turtles. The volunteers had a full hands of work, some took care of people who wanted to see, and there was a lot, the  others made measurements and helped with torch, to little turtles to find the sea. First night was crazy but went very well. So the work continued and in 26. of august came another 22 baby turtles, but because of lights some of them in early morning came back following the lights of the hotels, this is unfortunate but it is life. The volunteers who were in there shift in the morning found one and took with the boat far in the sea to release, the others sadly no. In 27. of August came 11 turtles, later 28. of august another 16. So the work still continues day and night because average the female turtle can lay from 80- 150 eggs. And if there is no turtle coming out any more volunteers wait for two days and then they will open the nest to do a research to get more info about them.

This situation gave us a rather bitter-sweet feeling.. to participate and be able to see this amazing natural event is a real luck for us and it is something unforgettable, but at the same moment it is really sad that the presence of volunteers is necessary. Humans have become the most natural thing in an artificial one, now little turtles need our help for arriving to the sea, just because we destroyed their nest points. The most stressful and dangerous moment of theirs lives becomes more and more stressful and dangerous because every day there is more pollution, lights and boats all around them and also because a lot of people want to see their birth. The good thing is that if people start to be aware of this big problem perhaps they also start to respect and take care of the sea and the nature in general. 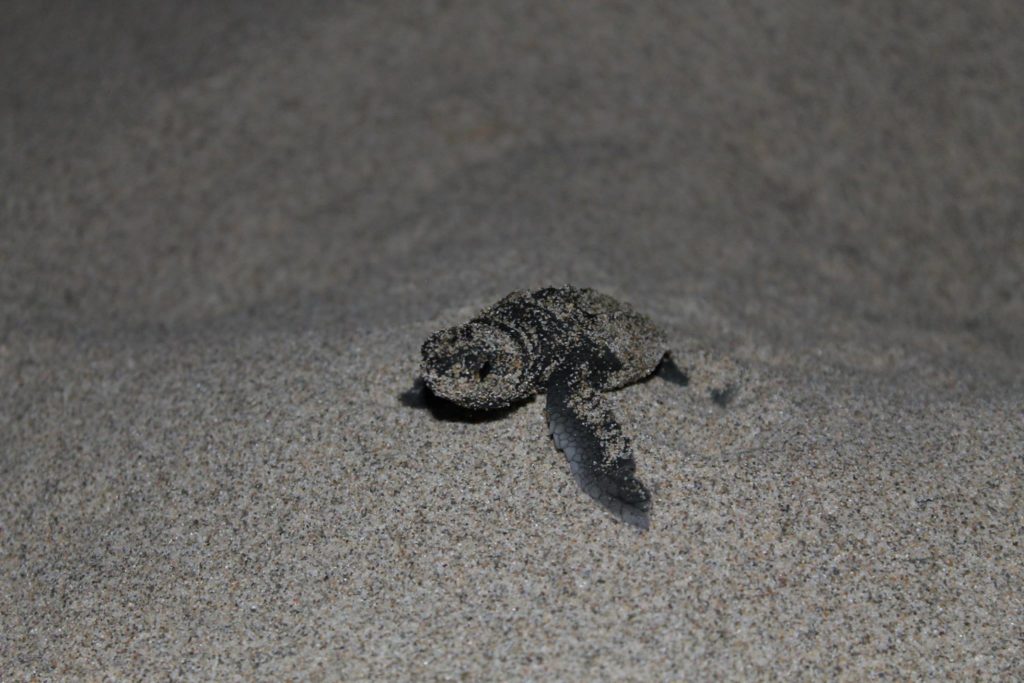 Thank you so much to the “Stazione Zoologica Anton Dohrn” and all of the people who spent days and nights worried for the little turtles! We need to continue protecting this amazing treasure! 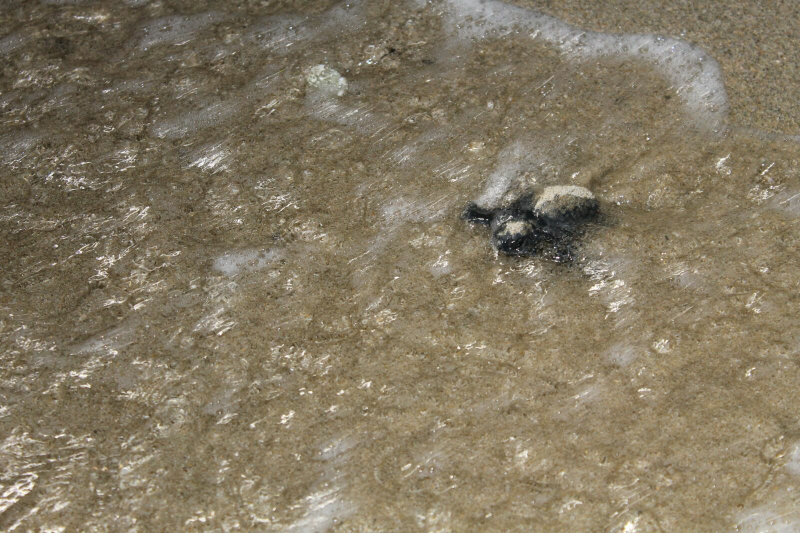 ← Marine laboratory 6 : The Fish
Recovery of a sea turtle →