The “Un Mare per Esplorare” had one of its last events in Massa Lubrense. As usual, we met at 18.00 in the main square of Massa to enjoy another pleasant evening learning and playing. This time, the subject was tuna fishing.

Also, before starting, Meli gave us a brief review of the sport, local and industrial fishing, which would be useful to understand the main subject of the day.

With the general concepts well explained, we increased the energy levels with the game tic-tac-toc. 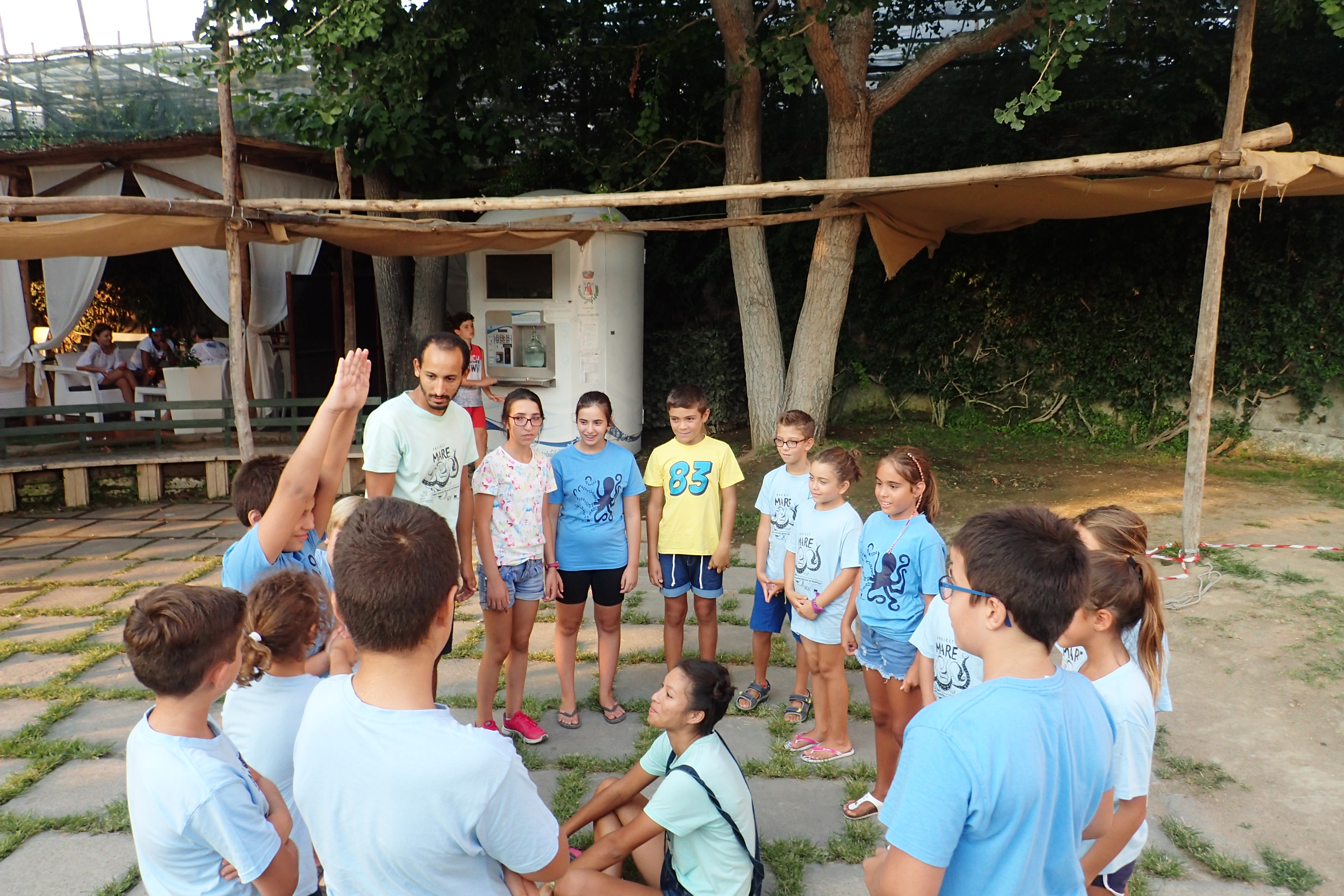 Then it was time for tuna, and Anis introduced the topic by talking about the species of tuna: what they are like, where we can find them and some characteristics of each species. 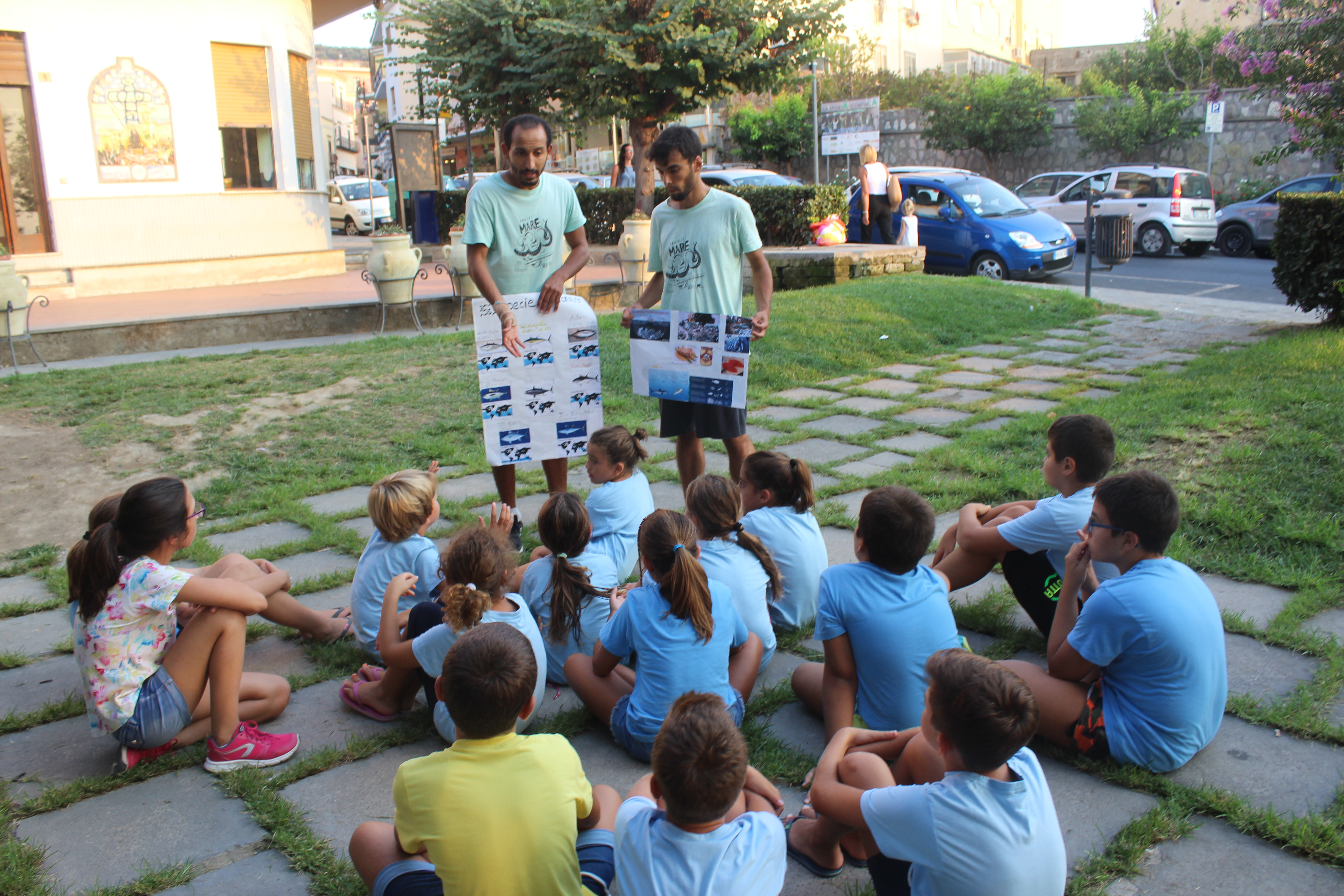 When everybody were focusing on this amazing animal and were full of energy to spend, we put the theory into practice. It ended up being the most adored activity of the evening: MARE dodgeball, where Fisherman and sharks fight each other for tuna. Our brave kids gave everything they had for their teams. In the end, nobody won: Everybody won.

The session about tuna was coming to close and Filipe finished off the topic by talking about the fishery itself: how it has evolved over the last decades, the techniques to catch the fish and the negative and positive aspects of the most commonly used fishing equipment.

The last minutes of the event were starred by another game, this time with fisherman, a dolphin and a tuna. Obviously, the dolphin had to protect the tuna from the ball launched by the fisherman.

We finish the evening by giving wings to creativity. We had some pretty nice drawings of tuna fish and cool captions about what the kids had learnt.

Another successful event of “Un Mare per Esplorare” with a great amount of energy and positivity having been shared between all the participants. This is what we work for!

See you in the next “Un Mare per Esplorare”, on September 5 at Massa’s main square.

← Ieranto boat report: what has been happening in July
Marine turtle nest at Palinuro →