The second day of the MassaDaMARE event that we saw had a harder way compared to the first day in the aspect of difficulty, but it was also more beautiful than before from a natural point of view.

Like the day before, we started at 9:30 in St. Agatha, but we had trouble arriving to the town because there were marathon runners that cut us off from the town, fortunately, with some delay, we came to Santa Agata via Sorrento and Massa.

There we met with the other participants of the journey and we started. The difficulty of the trail was mediocre, so a nice breakfast with a coffee and a cornetto was a great start for the day. Full of energy! 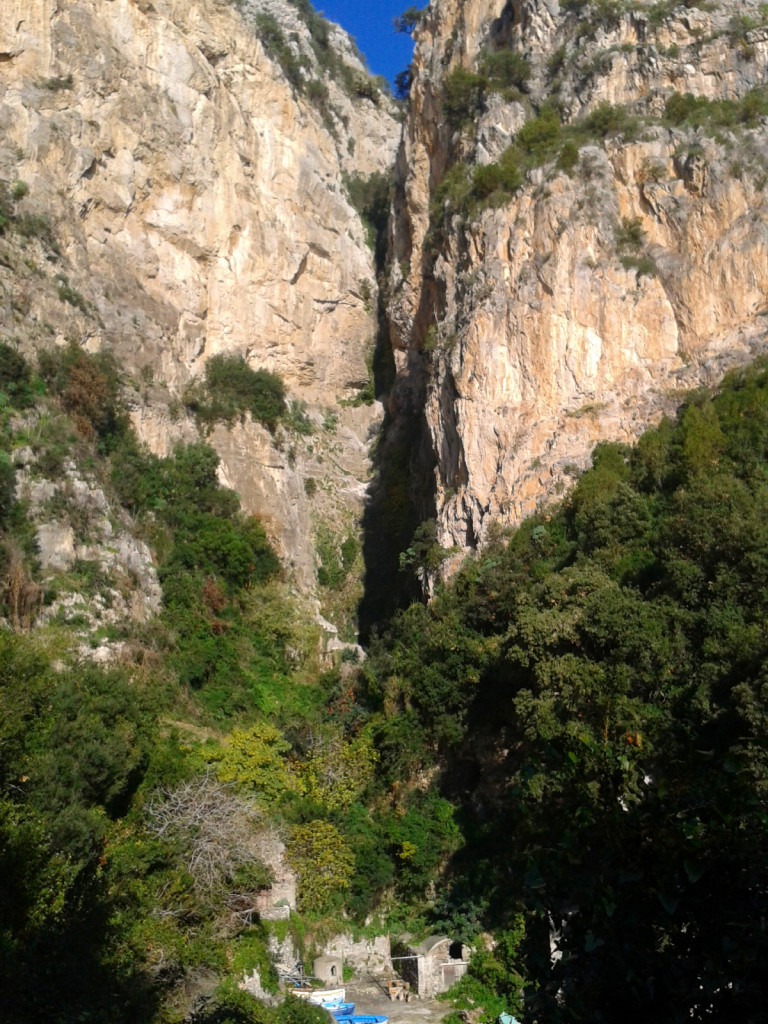 We descended toward Crapola by endless stairs, 700 steps down we had to start climbing! (This was really hard; luckily we had good training walking to and from Ieranto :­D) Halfway through we made a short stop at an old church where up to 12 monks used to live and where now there is only a small chapel made by fishermen, and a wooden Christ. Undoubtedly it is a place with an amazing history and a pleasurable to walk through places of interest. Another aspect that caught my attention is the amount of botanical species of the place! 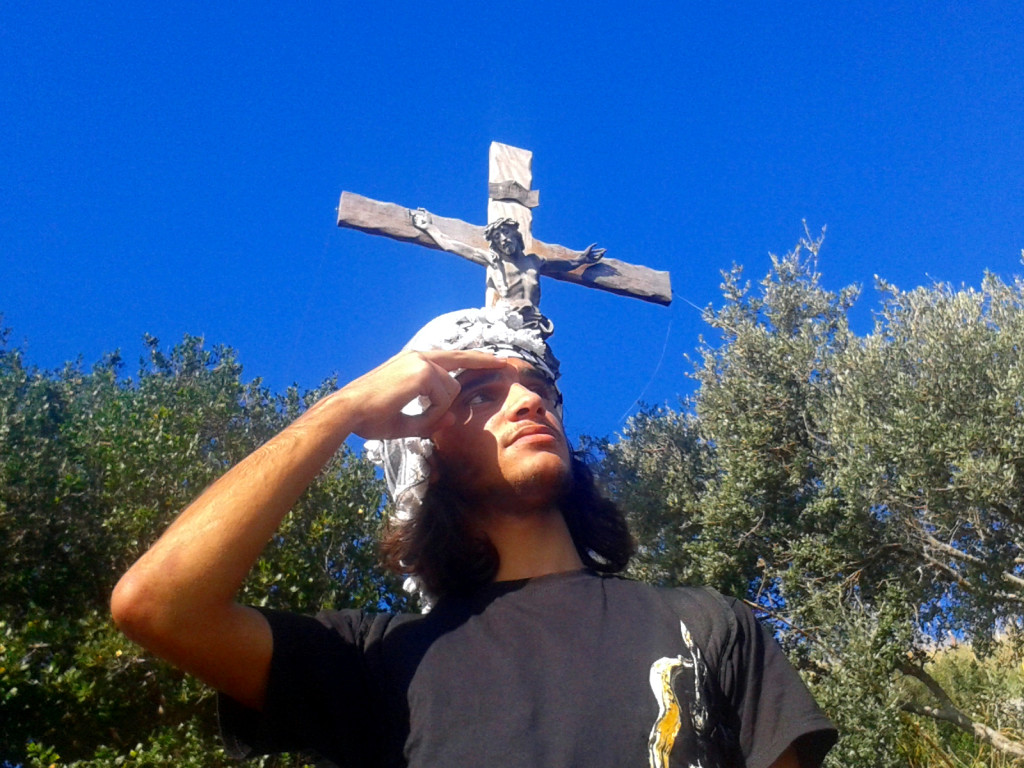 After we came to Crapolla fjord where, for sure, in periods of rains the water falls down forming a beautiful waterfall. Amazing! Just down the way to the beach, we stopped for further information on where an ancient cistern and kitchen for fishermen still is in occasional use.

After this and without time to enjoy the beach we started to work! MARE had started to clean up the beach to not only enjoy the nature and the spectacular place, but also to make our small contribution to the environment. As a small and relatively well protected tidal beach it took us half an hour to cleanse the entire beach, and that’s when we got to enjoy the lovely sunshine in one of the most beautiful beaches of the Sorrento peninsula, in the Salernitana part. It has certainly been a time to remember. 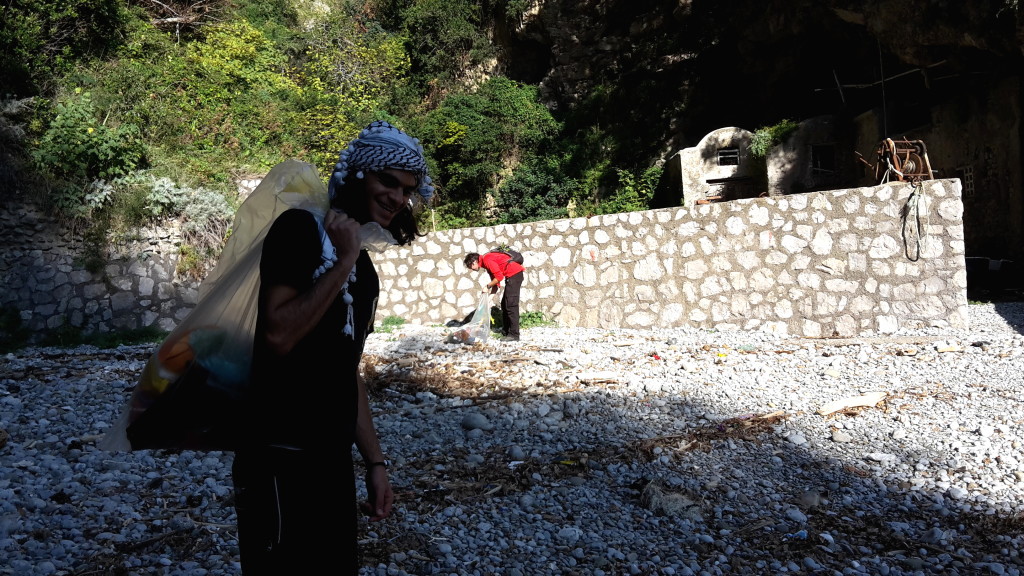 After our deserved rest we took a step back to contemplate the place with more respect, before stepping forward for the fearful climb of 700 steps that we had to climb now… It was definitely the hardest part of the day! The sun, the accumulated fatigue, the slope angle and the distance till the end had made this part of the hiking route the hardest part of the whole journey. But at last we reached the top! And after drinking Marion’s water (we didn’t have any wine…) we returned to Santa Agata; from where we drove to Marina della Lobra for the Massadamare event. 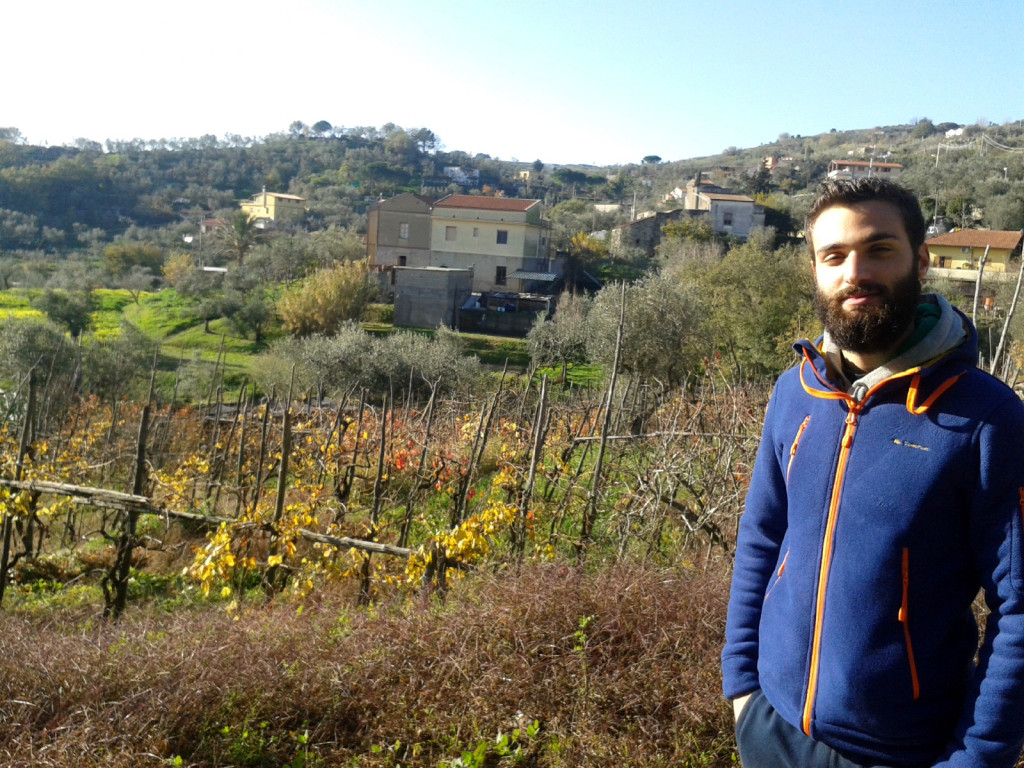 Without a doubt we could not have carried out the day without a friend who spent months alongside the MARElinis, Marco Ciambellini, without this gentleman and our friend we never would have arrived on time to enjoy the food in Massa. Thank you, Marco!

← I am Batman
What does the sea mean to our Spanish guy? Joakin tells. →