Reflexions about Ieranto (I)

Ieranto Bay is not a suitable location for cosmopolitans, who cannot and do not know how to enjoy nature. It is a magical place where the blue sky plays, on the horizon, together with the beautiful clear waters of the bay, as in a dream, sometimes undistinguishable, so it can turn into a seemingly imaginary boundary between the sky and the submarine kingdom. 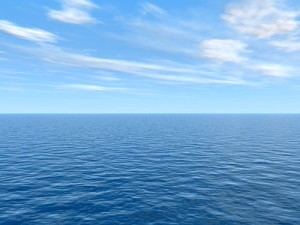 Inside this bay, down a trail is the place called Ieranto, between Punta Campanella and Punta Pena, where we work 2-3 days a week. But the magic of the place cannot be understood at all if your only goal is to go to work there – to make the monitoring of the land and sea, measure the temperature, check the visibility of the water, to help with the guided tours in kayaks … by doing only this you cannot enjoy the bay at its fullest.

Last week I spoke with one of my mates of the project (Kristaps) about the possibility of going there on our free day, in order to spend all the day in the Bay, to go a bit in ‘Kayak, to snorkel a bit’, to relax, to read. Before I had finished that sentence, I knew that the answer is yes, because I had not yet spoken half of the word “snorkelling” as his eyes began to shine like two bright stars of almost the same blue colour as the water of the bay. 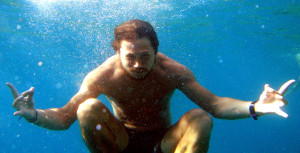 That day we went to Iearanto with Francesco, Marion and Imen, because they had to work. It was at this time that I started to enjoy Ieranto from another point of view, and believe me when I say that I enjoyed it. After two hours of snorkelling through both of the smaller bays of the Ieranto bay we did our last stop at the calm blue waters of the cave – Zizzinara. I enjoyed the exploration of the cave as if I was a 10 year old child again. Other than that it was also nice to enjoy a swim with a moray eel that swam very freely along the bottom of the sea. It was a young eel, no more than 1 meter long. But its meandering movement was absolutely hypnotic, for I lost track of time and did not know if I had spent two minutes or two hours watching this gift of nature. 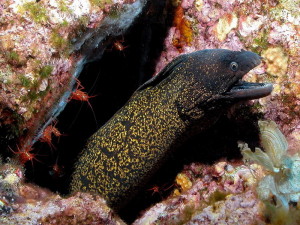 After we returned to the Pineta, we ate a bit, rested, read a little and went back to Marina del Cantone, Nerano, with kayak. The Ieranto bay definitely is an absolutely different world depending on: if you have to work, or if you go to have fun.

← Walking trough “Ferriere Valley”
One ride with the Swiss →