Probably nobody would have still anticipated this article coming out now, but incredible things happen..Two or three weeks after the event: Here something about the pomodoro day!
Two or three weeks ago, three of us had the opportunity to, instead of working on blog or other things we work on normally, experience something different.
At Mimi&Alba’s we followed an Italian tradition and made tomato sauce. We had lots of tomatoes, a mountain of tomatoes. I’ve never seen so many tomatoes in one place. Doesn’t metter where you look at: Everything red. Some of us couldn’t look at any tomatoes the week after;) 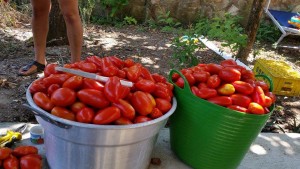 Nevertheless it was beautiful and I like a lot the idea to buy not everything in the supermarket but to produce also by yourself.
How did we do it? I drew some pictures to Show. 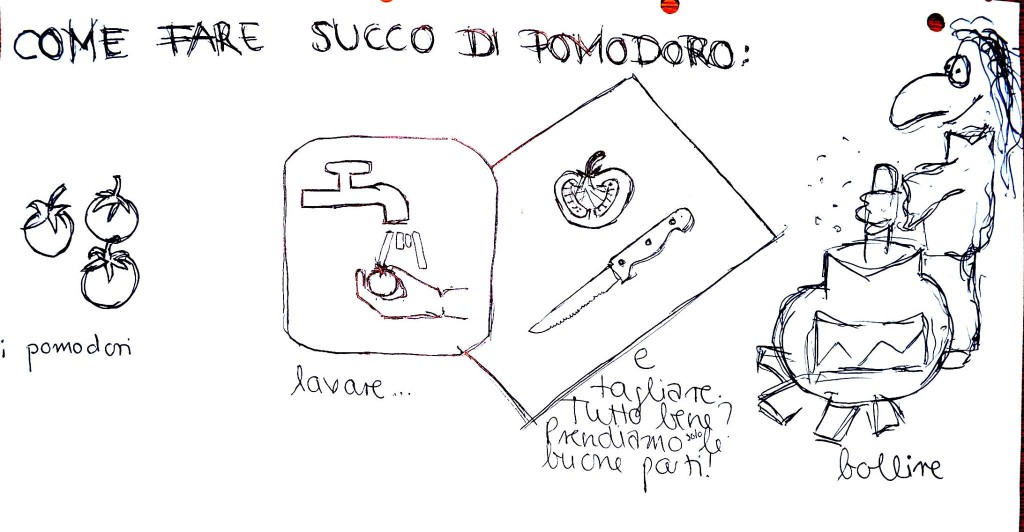 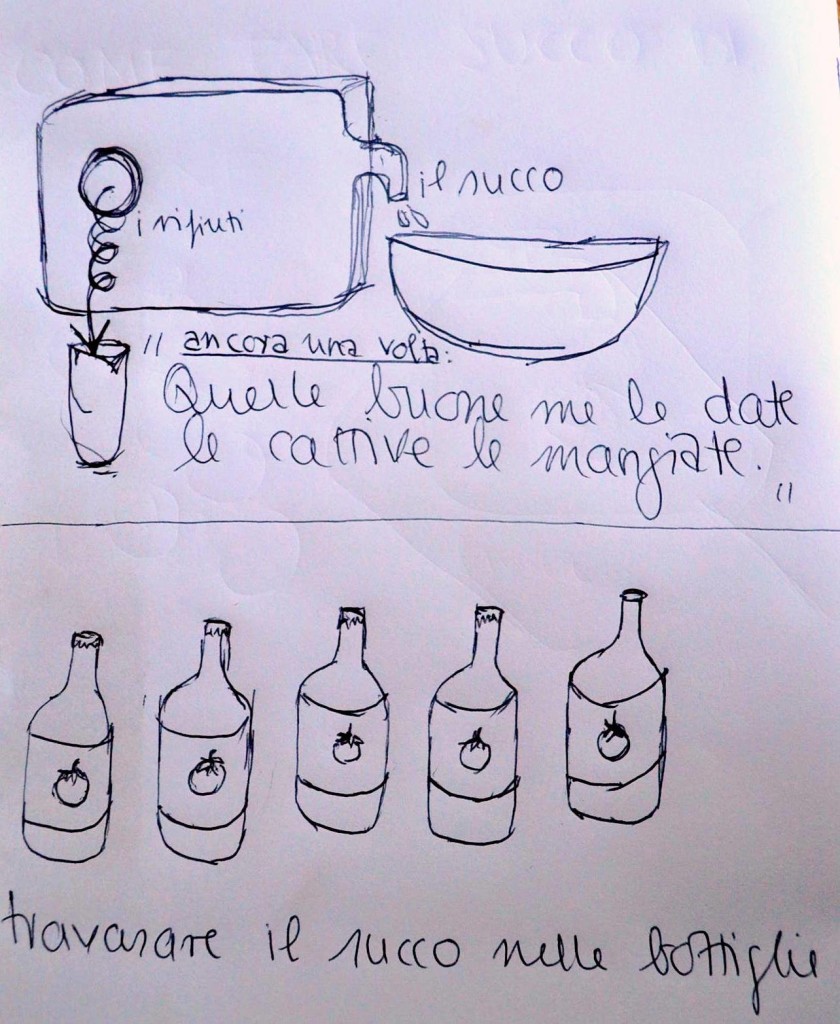 The work i liked most, was to stir the boiling tomatoes in a gigantic pot on fire. I felt like being a witch.

After we went home because we thought everything would have been done, the people who kept staying at Mimi’s found another box of tomatos which we obviously overlooked.

So: Happy Birthday! Let’s celebrate the night with tomato! …the spectacle finished at 3 o‘ clock in the night.