Here is one more story about last year volunteer who is coming back to visit the new team of lucky bastards (volunteers 2015). 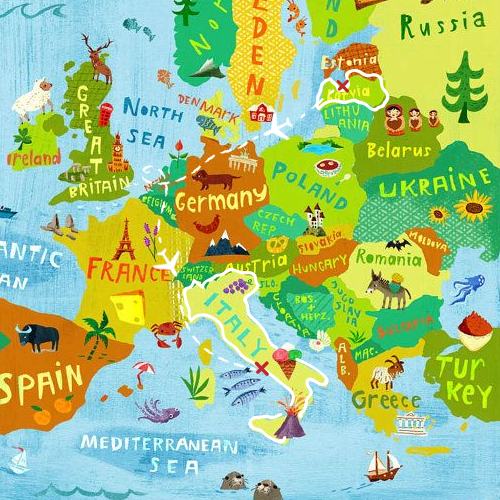 There is three things I realized recently:
1. It’s impossible to visit Italy without adventures, even in a first day.
2. It’s impossible to visit project MARE without being ready for mad days with people who left their usual life to get lost somewhere in small Italian village.
3. And it’s totally impossible not to miss all this atmosphere of freedom and inspiration created by one crazy curly environmentalist.

According to this theorem of “the 3 impossibles” I took wrong train.
Just for the your future safety: don’t trust anyone in Napoli. Even if on the train is written SORRENTO and people told it is going there, it doesn’t mean anything. You still could find yourself in Sarno in the end of the way.

According to other points of the theorem, today we are preparing for 3 day campaign. Nothing special – just 3 days and 2 nights of sea monitoring, kayaking, snorkeling and sleeping on the rocks of Punta Campanella and Baia di Ieranto.
If we will survive I’ll write some more stories.

← Excursion in Ieranto
I felt like a witch: TOMATOES EVERYWHERE →