Volunteers of the MARE project , with the members of the environmental association
“Macchia Mediterranea”, worked together on September 26 in Fornillo Beach, Positano, to help in
the separation and collection of waste! The two teams, with hard work of course, have made
efforts towards a common goal: environmental protection. 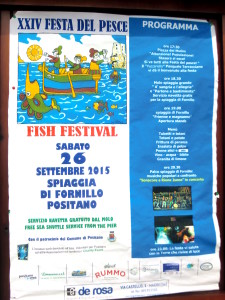 The fish party is held annually on the beach of Positano; both tourists and local people,
who live nearby, come to enjoy a huge amount of fried fish, local wine, traditional music and
fireworks. Thousands of people arrived to the beach, with the consequentual environmental
impact, translated in the form of waste.
Behind these kinds of events there is always a great team who work in the shadows and
makes sure that the waste does not become an unexpected guest, and in this case, the MARE
project was involved in some of the work. 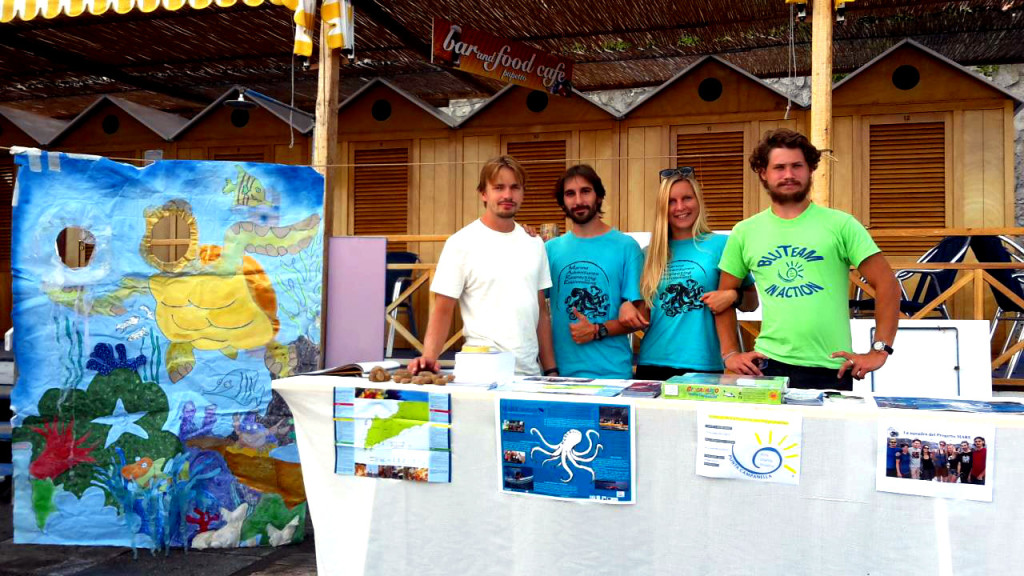 Another initiative was to mount an information stand shared with the association “Macchia
Mediterranea”, which helped us to promote all the activities that we do and provided information
about our MARE project, the Marine Protected Area of Punta Campanella, our collaboration in
Ieranto bay with FAI, the support activities with AMP workers, ecc. It was useful in the presentation
of the park, the biodiversity and more. 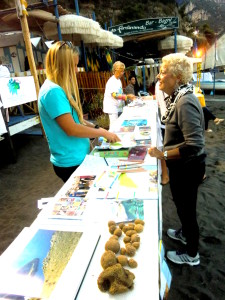 And what about The operation: separation of the trash? First, we put 30 containers of
different colors, depending on the type of waste, all distributed along the beach where the party
was held. We divided containers such as glass, plastic, undifferentiated and humid. The containers
were placed close to critical locations, places where the people used to drink and eat. 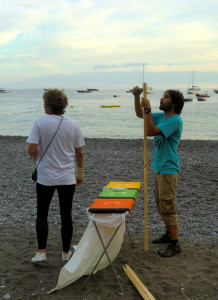 At about 19:30, the first tourists arrived by boat from differents parts of the Gulf of Naples
(Capri, etc.) and Salerno (Amalfi, etc.), but also walking from the town of Positano. That’s when our
real work began!
Our mission had two perspectives: first one, “educate” people who are not used to or not
paying attention to the waste separation; And secondly to be as effective as possible for this
differentiation to really take place.
To do this, we did two things: Regulars tours to observe if the separation of the waste was
ok, and later constant presence near the containers to help correct people to dispose of their
waste in the correct place.

Overall, the day went ahead without major mishaps. We appreciated very much the effort
that the members of “Macchia Mediterranea” made for the conservation of the environment; for
us it was an honor to work with them!
Personally, I think that most of the people are aware of the problem of waste, and there
were only few who did not differentiate. Who knows if it was laziness or the wine that was drunk
all night long (which of course, makes it difficult to distinguish the containers …).