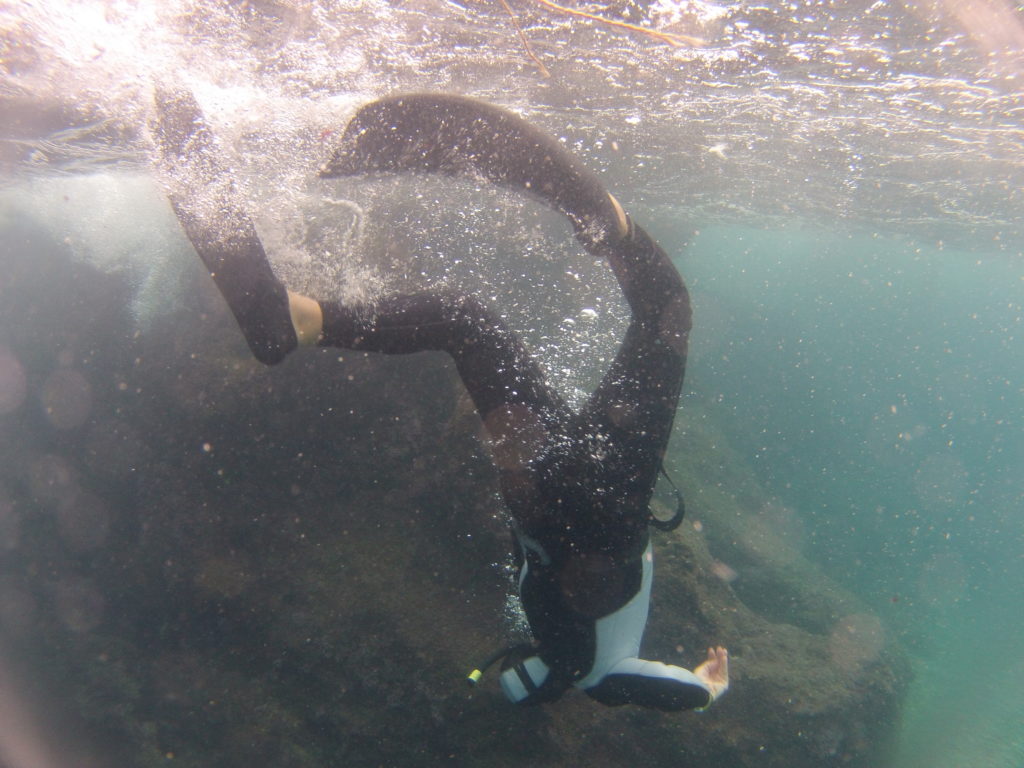 The last week I spent in the Czech Republic. Where I was welcomed by cold weather and warm home. I met some friends, spent time with my family, went through the parks, rode a bike, visited the library and cinema. After several days I packed the amazing spinach dumplings and apple pie of my mother and I returned to Italy on Wednesday evening.
Right on Thursday we went to Ieranto to collect other marine biological samples. Nuria, Francesco and I went by the kayaks from Marina della Lobra. The sea, which seemed calm, after a few minutes began to change and we clashed with the strength of the wind and with bigger and bigger waves.
We were going one hour while two streams – from the west and from the south – were pushing us to the cliffs. At the mouth of Ieranto, when we passed by Punta Campanella, we were welcomed by two-meter waves and the rough sea. Reach the shore, put on neoprene and go under the water. After some time clean the beach and go back into the darkness by the kayak. 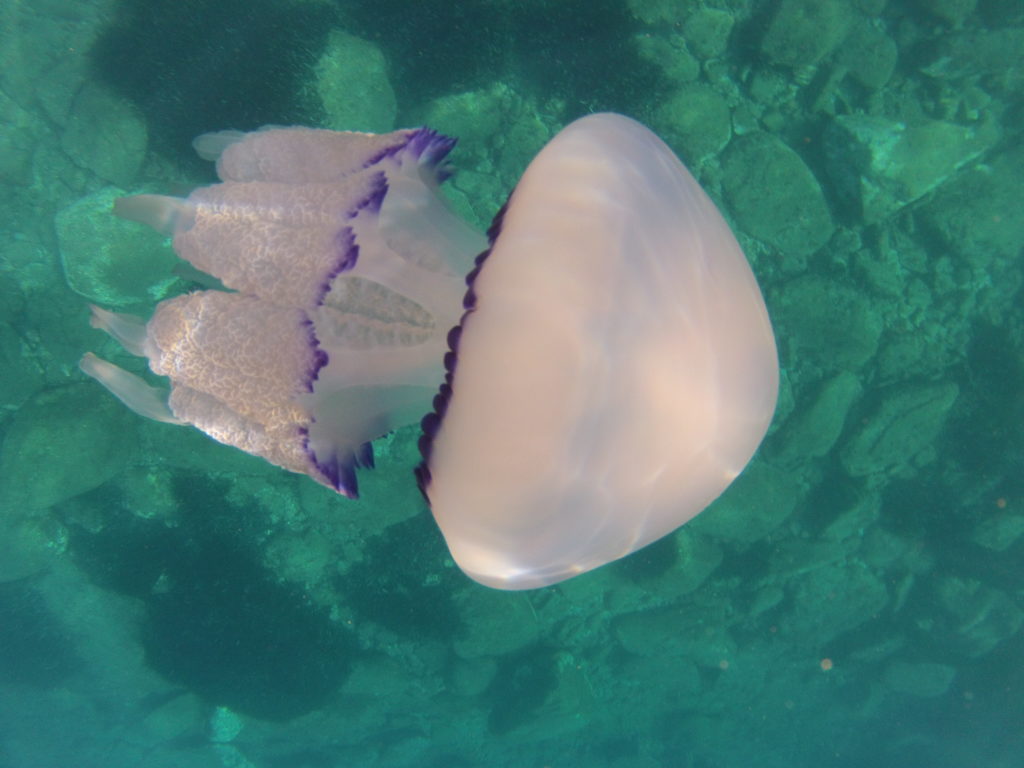 Friday, hurray to another school make a presentation with a new topic for children and finally back to a kayak, at least for a while. Before I returned to Czech republic, it often rained but now it is nice sunny. Day after day disappear into the depths of time and the end of the project is coming. “So do not sit at home and go for trip“ I tell to myself all the time and I already took another chance for an activity outside on Saturday. Together with Elza and Nuria we went by kayak to the Regina Giovanna and in one moment we were caught in surrounded by barrel jellyfish. I counted more than a hundred of them. I look forward for coming days and weeks which bring a new research in Ieranto, a visit of Czech friends of mine and a workking trip to Rome.
It is nice to be back and enjoy the Italian autumn close to the sea. Outside is colder and colder but we have our private cinema club with warm blankets and a kettle with hot tea for everyone. 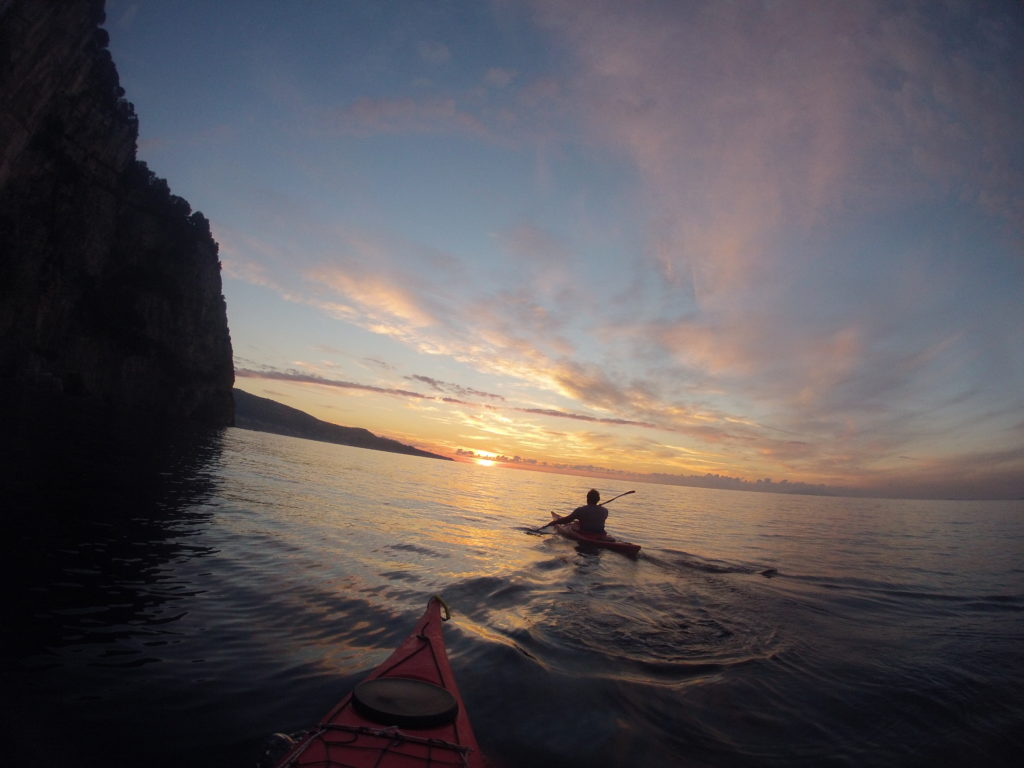 Category: The Life of Marellini

← Monitoring of Sponges in Ieranto
20th anniversary of EVS →