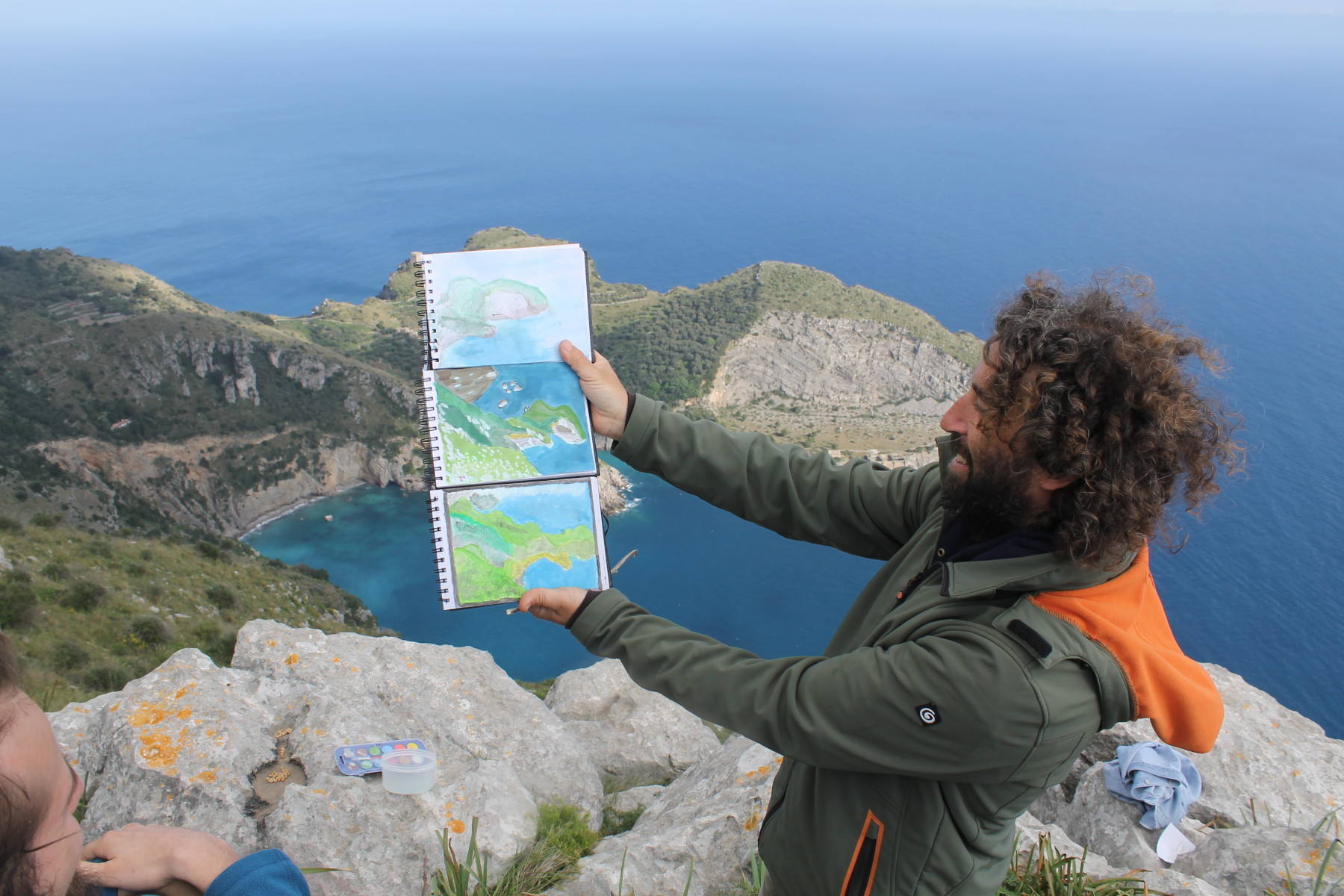 On Monday we started our first Italian class. Most of the week has been waking up at 7.30am and going to Italian class

(or for me, more like falling out of bed and then trying to get ready in 10 minutes) but this week we had the chance to go on a hike, get to know the area around us and be in touch with nature. So at Thursday we met Domenico at Sorrento and drove to Santagata termini where we met Franceso – a marine biologist and a guide in project Mare. Before going up the mountain we stopped at a local place to see how mozzarella cheese is made and we had the chance to taste it. Best mozzarella I’ve ever had no doubt! After that we went up the Monte Son Costanzo and had lunch just by the church with a beautiful view of some of the protected areas. 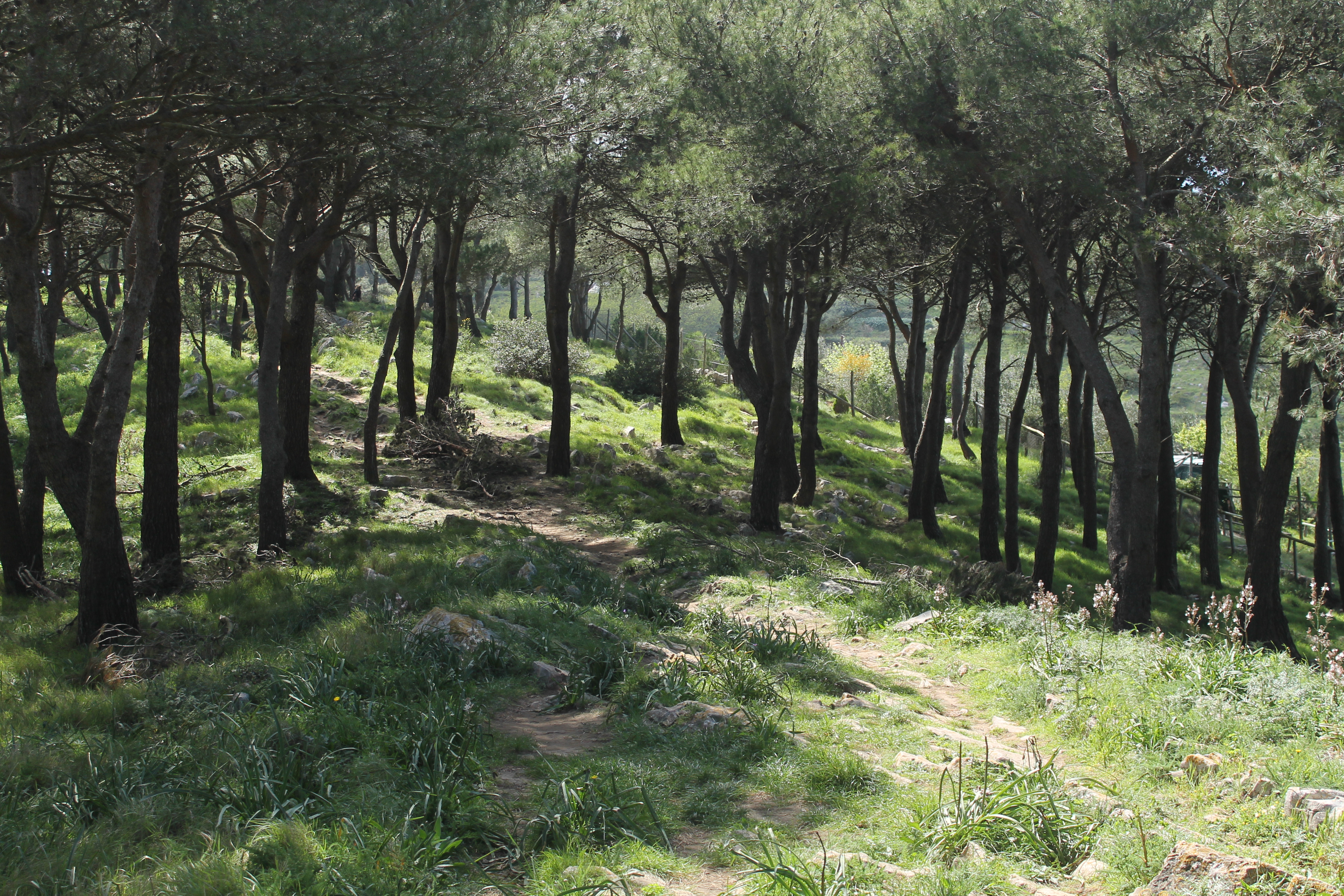 After that we went to the south side of the mountain and Domenico showed us Ieranto bay from above. Our goal was to be more in touch with nature so we spent time to understand which parts of peninsula are natural and which have been changed by humans. I knew that just looking at the place can’t be everything that Domenico had planned for us and I was right. After spending few minutes just observing how beautiful everything is Domenico gave us a task – to spend an hour by painting Ieranto Bay. Painting is not something I know how to do well but with every day I can feel that the tranquility, calmness and ‘la dolce vita’ is really changing me. I feel more relaxed to try new 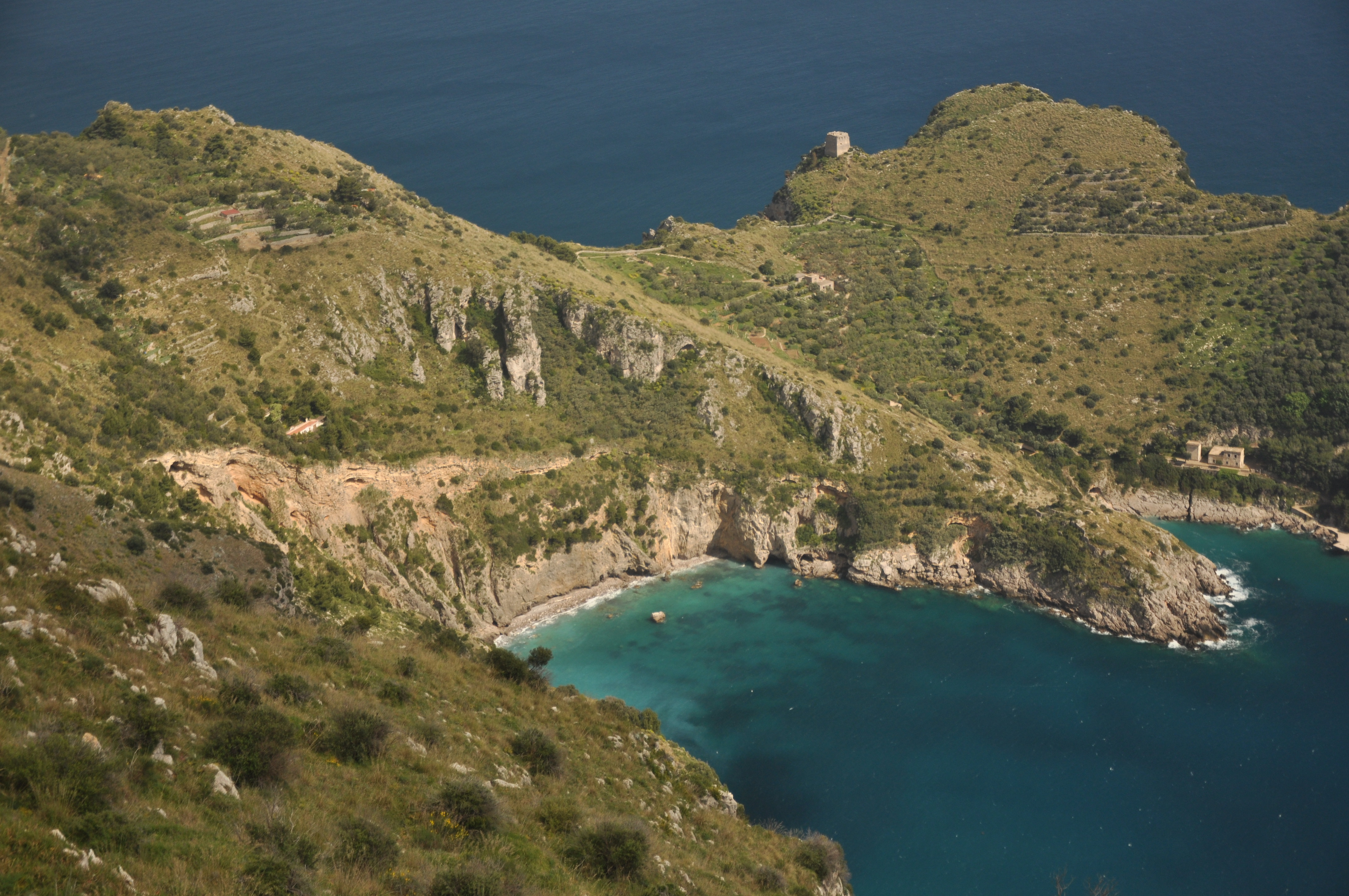 things. So all of us found a spot where to paint, me being typical Elza, chose the most dangerous and steep part of the peninsula to hide out from the rest of the people and spent an hour painting and noticing details.

After that we went to the other side of the land and learned about the differences between peninsula sides. Walking in the paths just seems so surreal. The paths are very steep, all the time you can see the turquoise blue sea and wild flowers and it is very beautiful.

So after the hike Domenico and Francesco took us to a very special bar and funny enough, it changed my idea about a happy 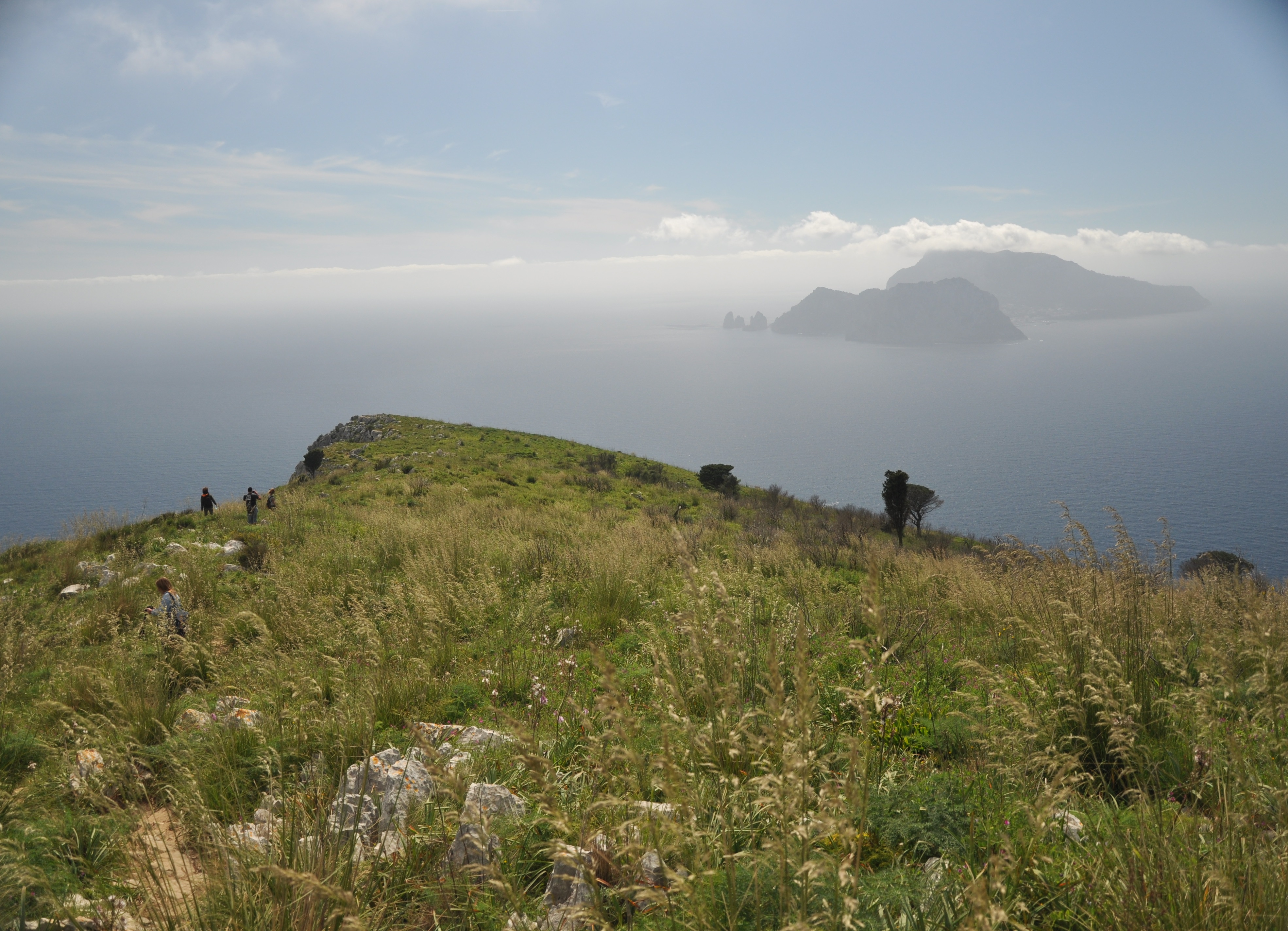 We go into so called Francos bar and the first thing I see is an old man painting. Then you start to notice more. Plastic bottles, Mona Lisa painting, snorkels, picture of the Pope, picture of angels with panties wrapped around and different types of plastic bottles. Then finally bottles of beer, limoncello, cakes, chupa chups, shampoo, anything you can imagine and it’s so bizarre and so amazing and when the old man starts talking it gets even better. He has a story for everything and his art, which he 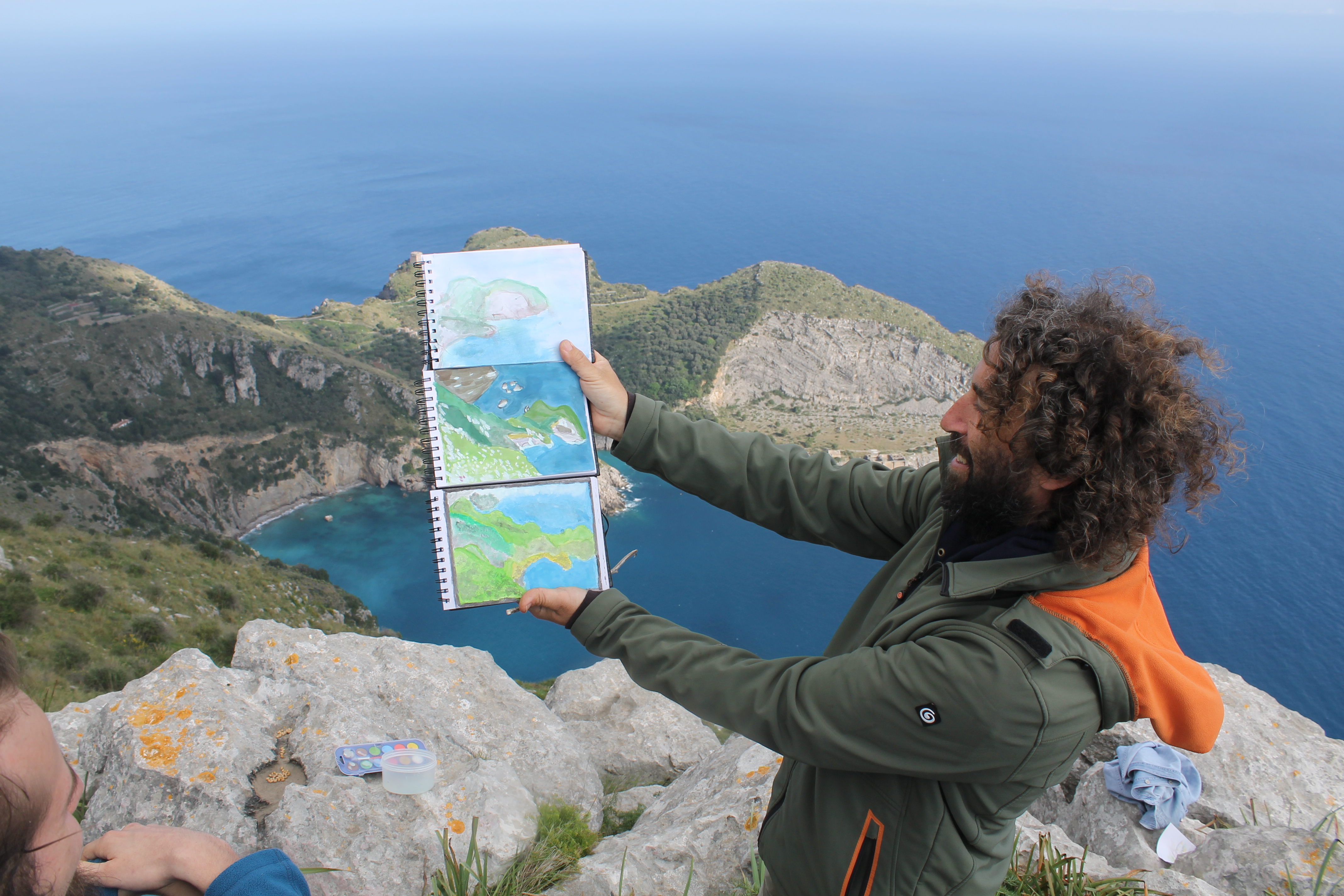 doesn’t sell because it’s not about money, reflects pollution of the sea, racism and many other problems. We spend 5 minutes or maybe an hour (it’s impossible to count the time in Francos bar because it seems to disappear here) talking to this charming man. Soon enough I feel Domenico pulling me away by my bag pack and telling us that we have to go because it’s already evening. So we depart, I feel like I have learned a lot from this day and understand even more that I am in the right place. So we get back to Massa Lubrense just catching a glimpse of sunrise and we return home probably with the best tiredness in years. 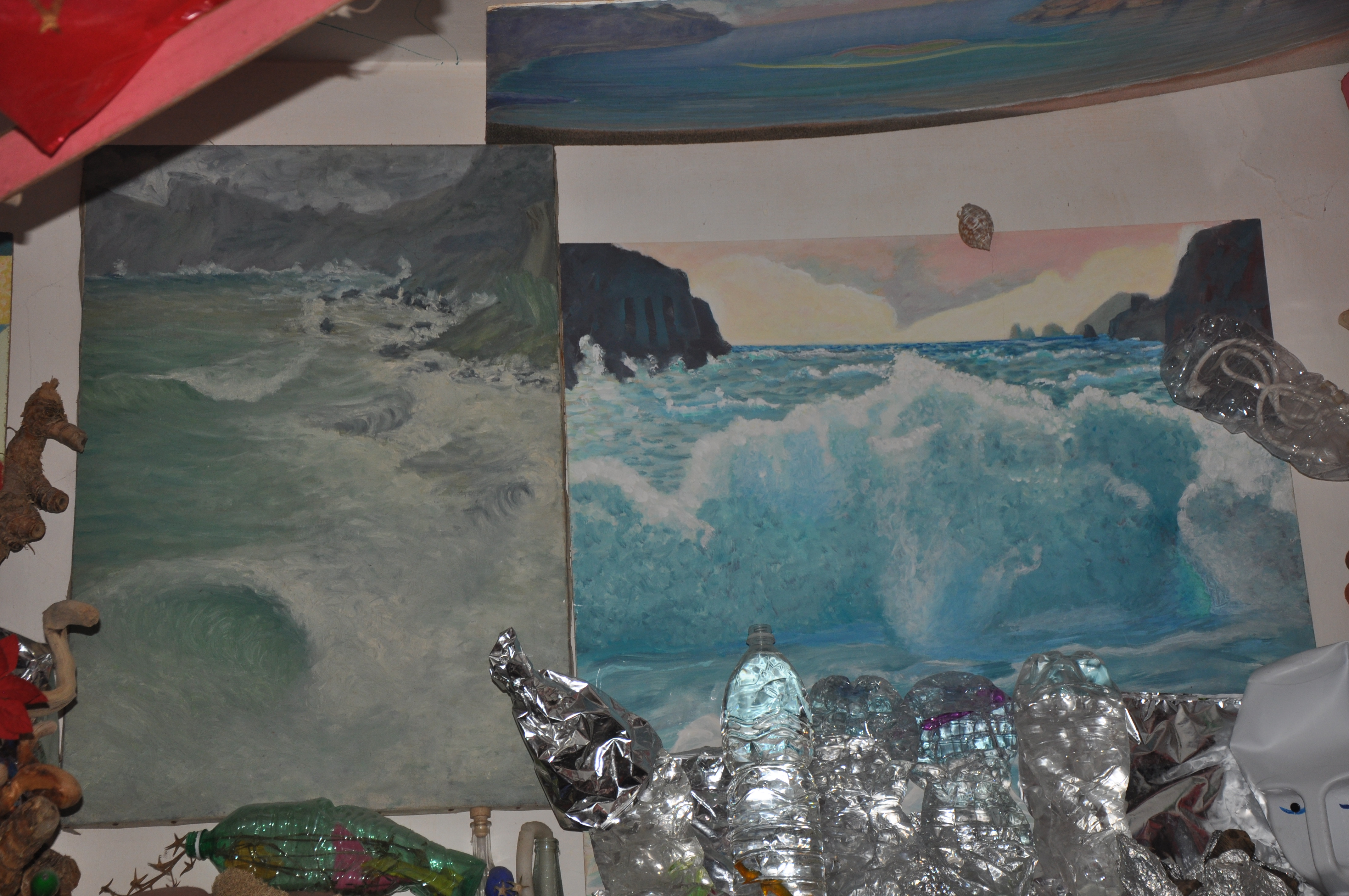 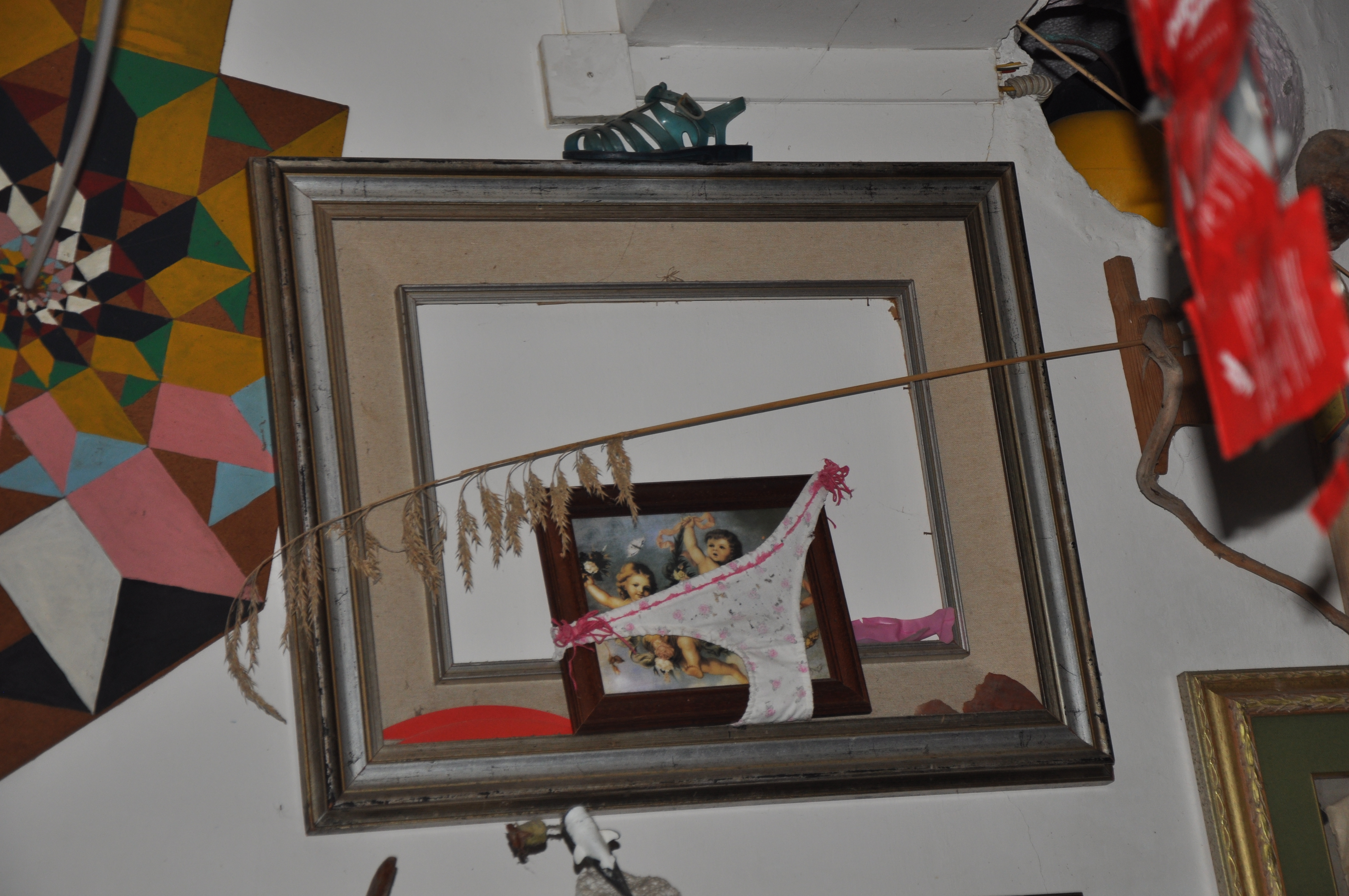