Last Thursday 9 of May, the volunteers of Project MARE visited the ruins of Marina di Crapolla with the help of the guide Stefano Ruocco, who is a member of the ArcheoClub of Massa Lubrense. The tour started on the beach and continued up along the old path of 650 steps.

2000 years ago Marina di Crapolla was a very important point for fishermen, trade, stocking food and supplies, and to collect water. Today the sea level is 2m higher than back then, when the beach was larger. It was used by the two roman villas on the islands of Le Galli and Isca near the marina. It functioned like a second harbor of Sorrento, because it was easier to carry the food over land than to go all the way around the Sorrento Peninsula by boat. 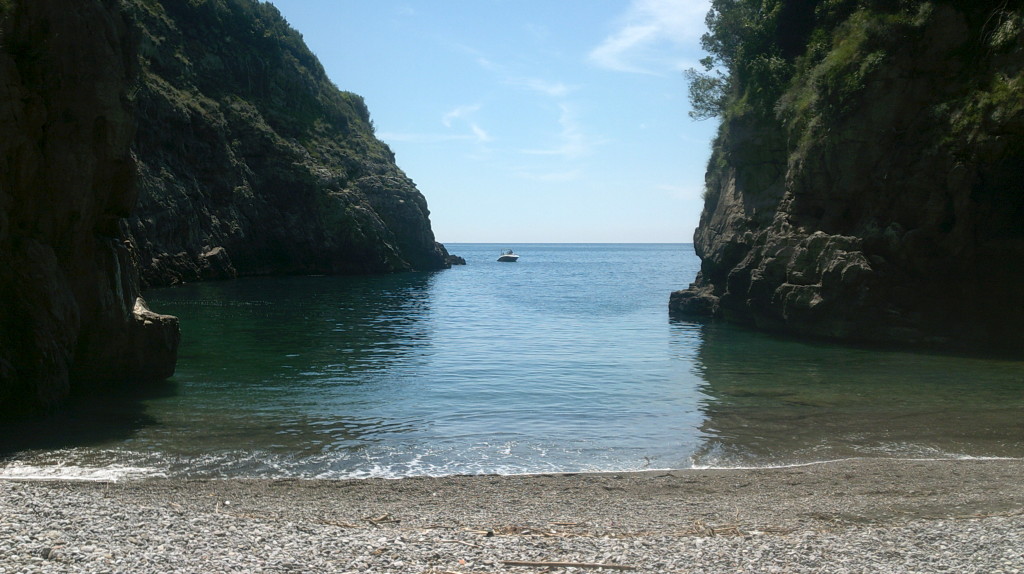 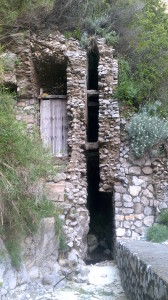 One of the amazing things of this Marina is a roman structure made to collect the water from a near waterfall. This structure remains unique to this day as so far no-one has found anything similar. This structure allowed the sea to create the beach because it rerouted the water coming from the mountain. At the end of the structure there was a pool where the water was collected to be used by the people.

Some other really important roman structures in the marina are the remains of 5 cisterns where drinkable water was collected to be used for washing, gardening etc. Today only 3 of the cisterns remain because the other two were destroyed by falling rocks. 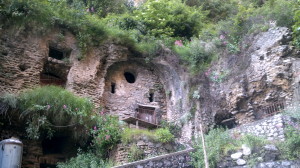 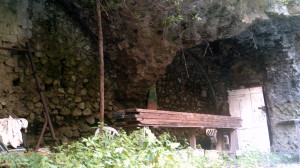 Talking from an architectural point of view we can distinguish two different kinds of walls: the “opus reticulatum” (up) with form of rhombuses and made of volcanic rock, called tufo, which comes from the islands in the gulf of Napoli and not from the Vesuvio; the other kind of wall is the “opus incertum” (down) with a random distribution of the rocks, non-volcanic ones in this case. 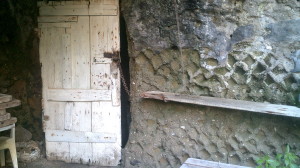 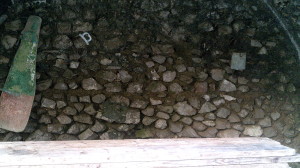 On our way up, we could see the remains of another ancient roman structure on the right side of the marina, which used to be a 4-storey building in the mountain. There was a store for materials, food and jewelry. Today we can only see the caves where boats were attached and the top of the building. 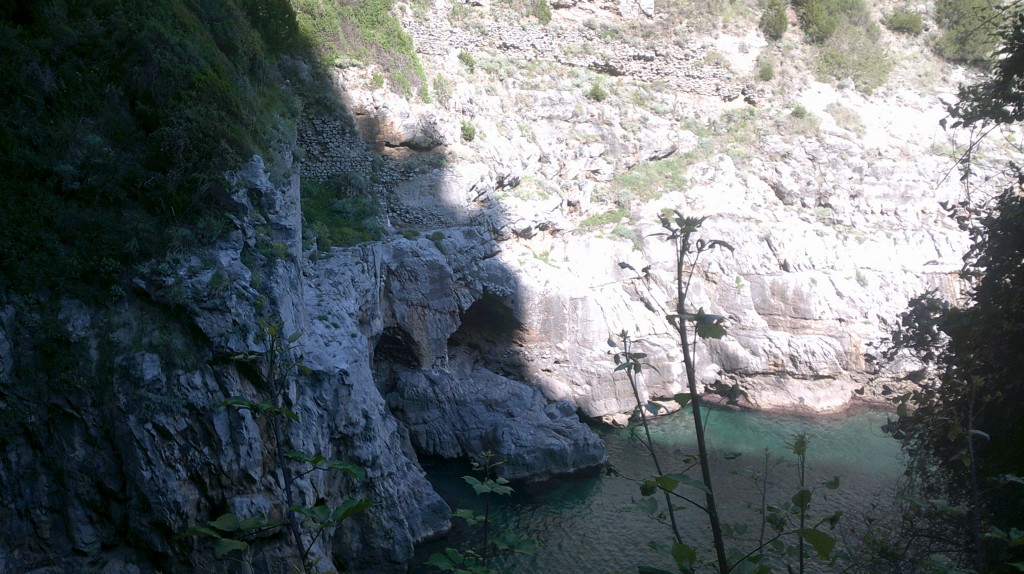 Continuing the way up we jump 1000 years ahead in time and we can find an ancient church. The church belonged to an abbey which hosted 30 benedictinean monks, who abandoned the abbey around 1130 cause of problems with piracy and moved to S. Agata. This church is called “San Pietro a Crapolla” and is dedicated to San Pietro, because it’s said that San Pietro (St. Peter) passed by this abbey during his trip from Palestine to Roma to found the Christian Church.

Originally the entrance of the church was placed where today we can find a little chapel with a Madonna. In the front of the entrance there was a really beautiful garden with a cistern in the middle. The church had 3 parts, a central one, and two corridors on the sides with paintings on the wall. Today we can only see small remains of some columns which were taken from roman villas of the islands around. 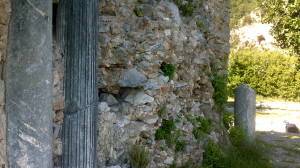 From the garden of the abbey we could see one of the ancient roman villas, placed on the island of Isca. A typical marine roman villa had 3 parts: the Domum (where the people lived), a garden, and the harbor. In the garden they already had lemons, but as they didn’t know their nutritious properties they only used them as ornamental plants. 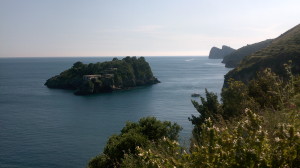 Finally we talked about the tower that can be seen from the stairs when leaving Crapolla and the abbey. This tower is part of another 300 vigilance towers which are spread along all the coast of Southern Italy. They were built around 1570-80 in response to a Turkish invasion that happened ten years before. These towers were supposed to alert the population against pirates coming from the sea. Each tower had in its sight two neighbour towers to relay the alert to the entire region. 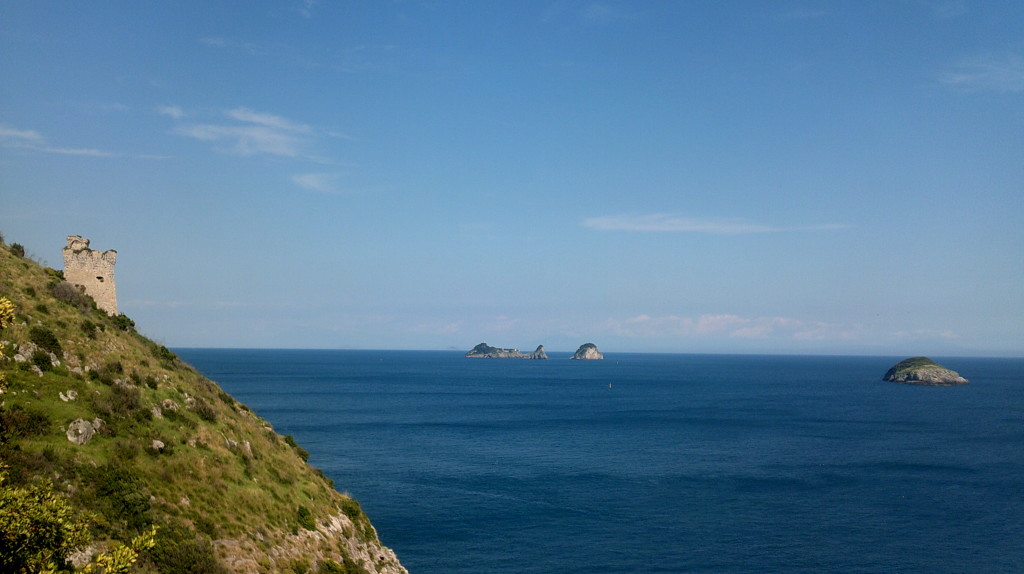 We hope that you found this article about Crapolla interesting, we recommend you to visit it following the path that starts from Torca.

Thanks to Stefano Ruocco for this beatiful guide visit!