Hey, hey! We have taken over the baton of one of the nicest activities, which is held by project M.A.R.E.
volunteers and employees of the Marine Park every year. On 18th of July was the inauguration party of “Un Mare per Explorare 2017”. It took place in the center of Massa Lubrense.
When all the children of different ages wishing to participate arrived, the fun could start with some ice-breaker games. 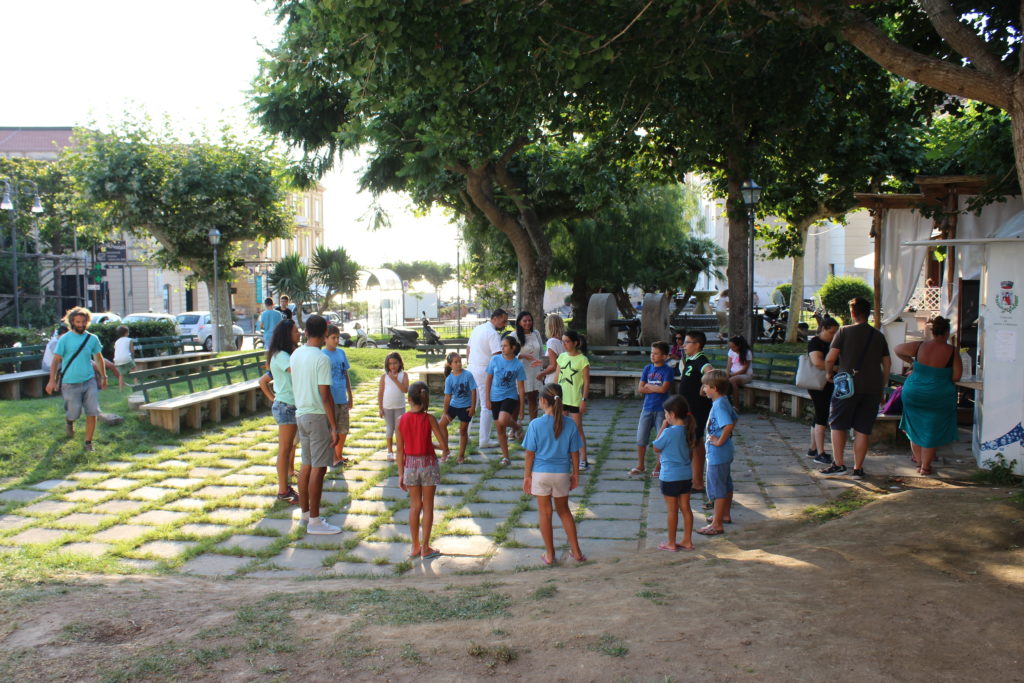 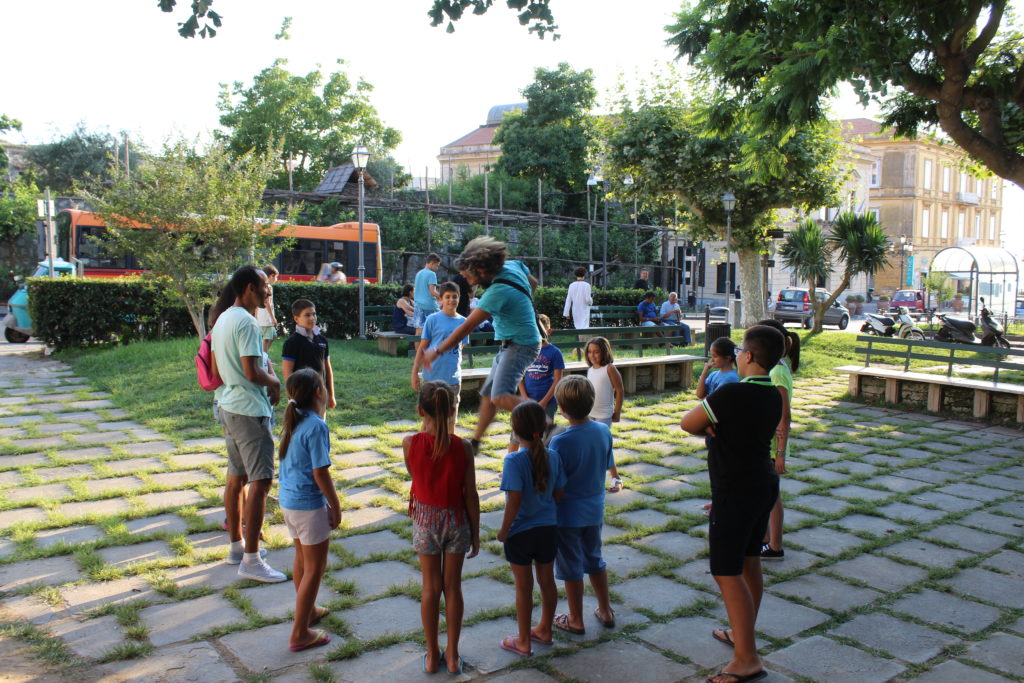 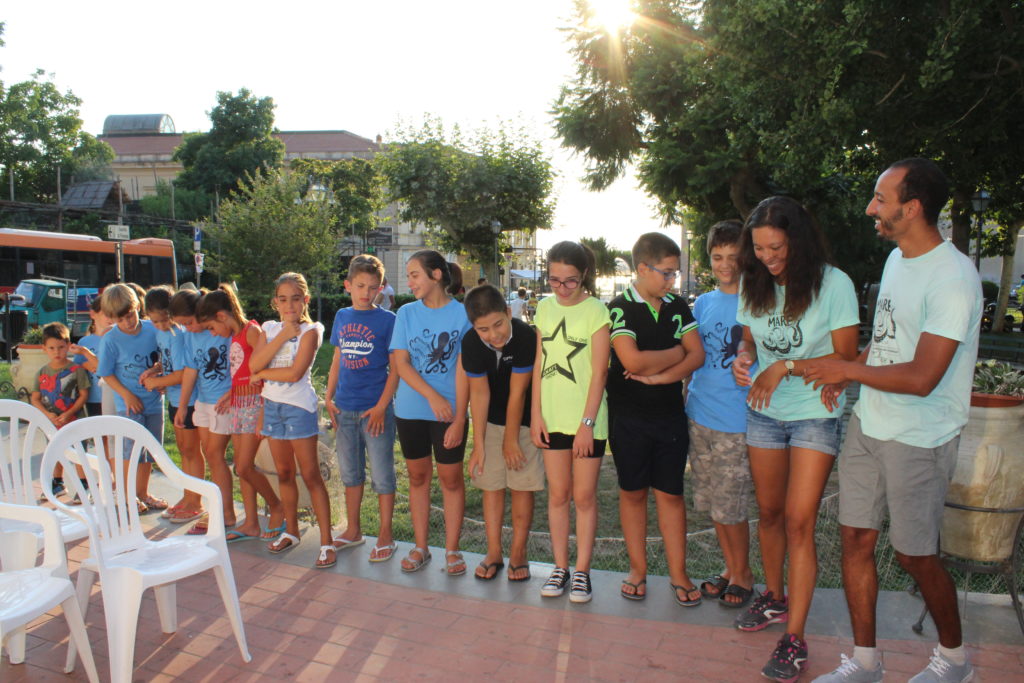 Thereafter kids were involved in the game, explaining the area of the park and the rules of different zones, which must be respected, as the territory is divided into three zones (A, B and C) and each of them has its one regime of protection. This attraction was followed by a story about variety of the fishing techniques and why they aren’t sustainable. 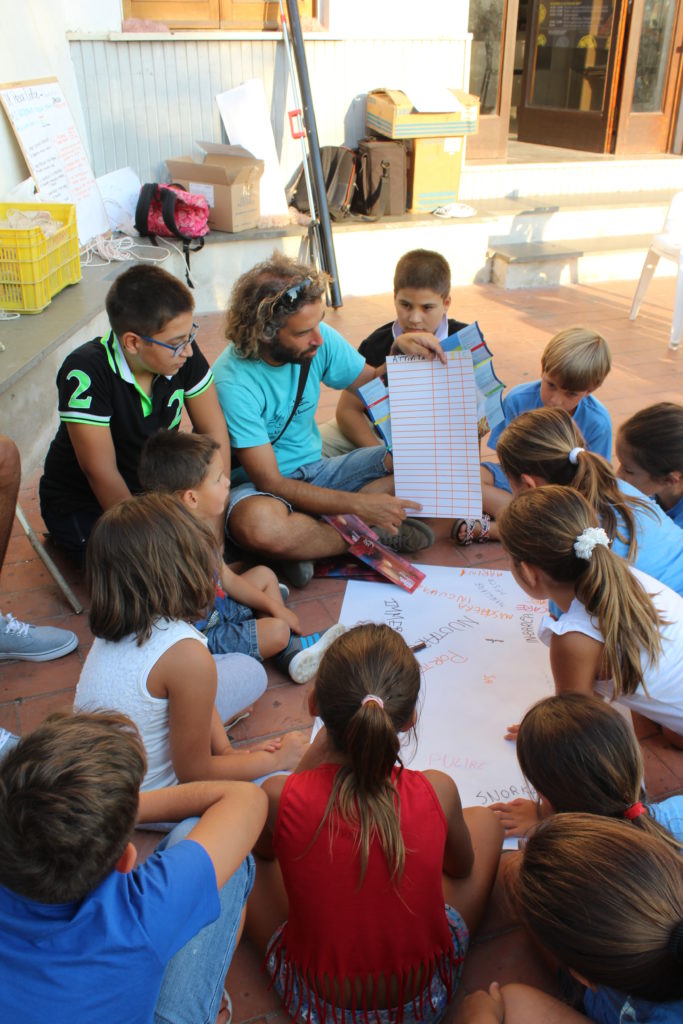 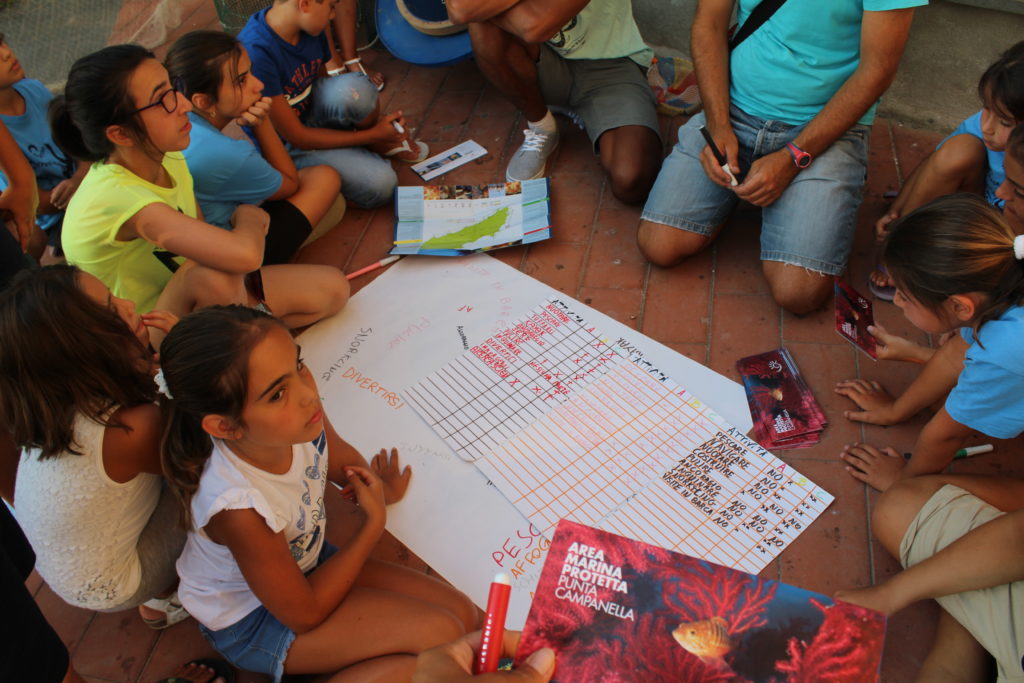 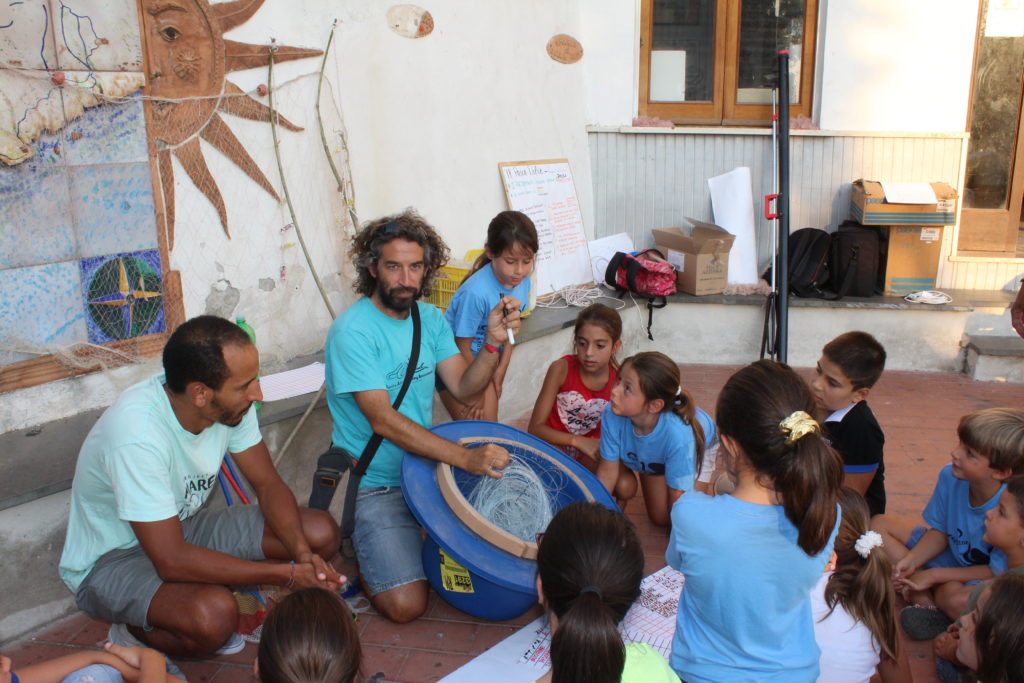 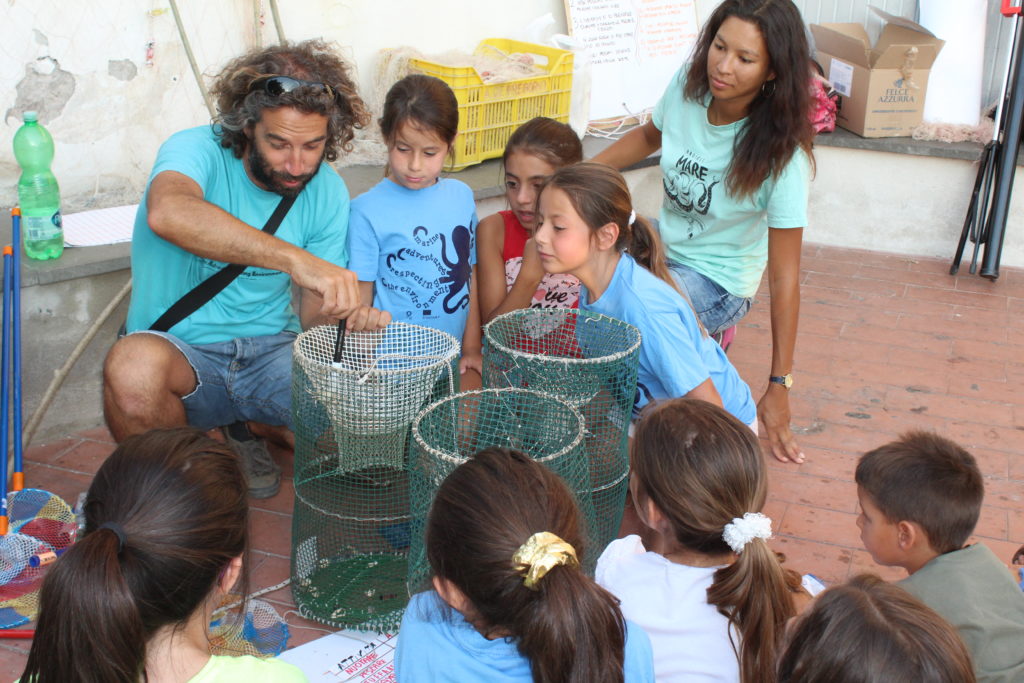 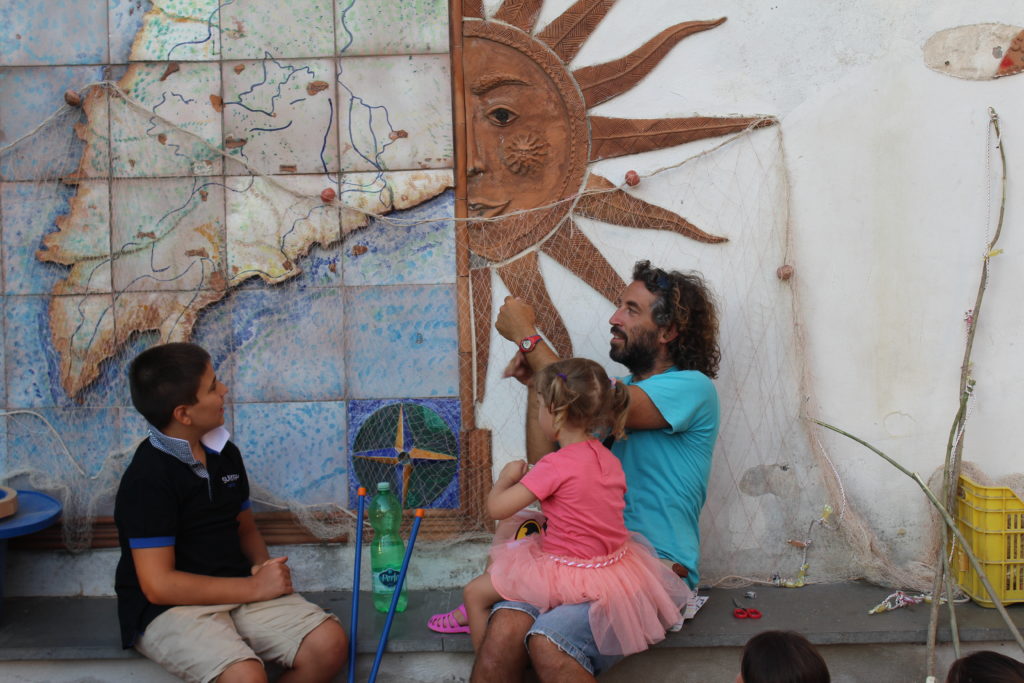 And then it was a time to move for the children and use the accumulated energy – play the role game “The Sweet Fish”! The area was divided into four zones, but the participants were divided into fishes and fishermen. The kids had a lot of fun playing it. 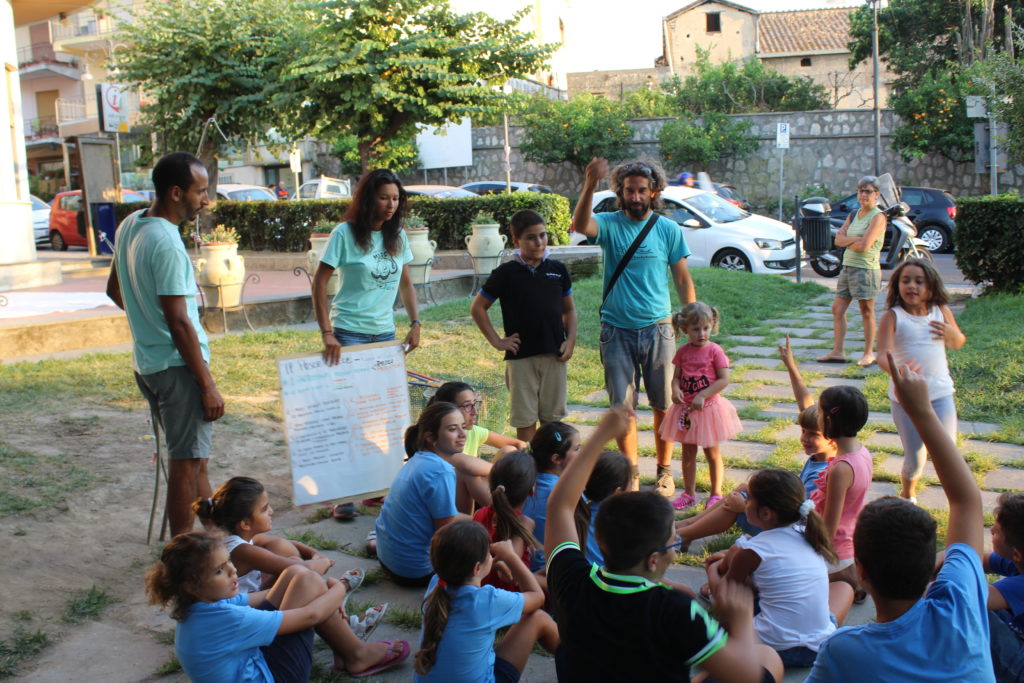 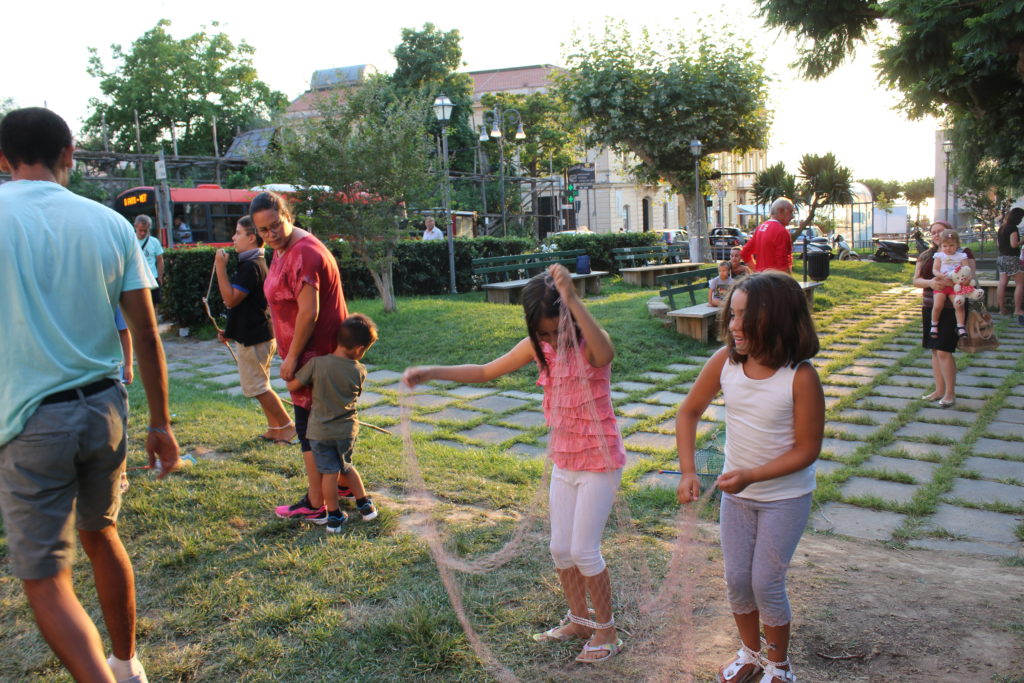 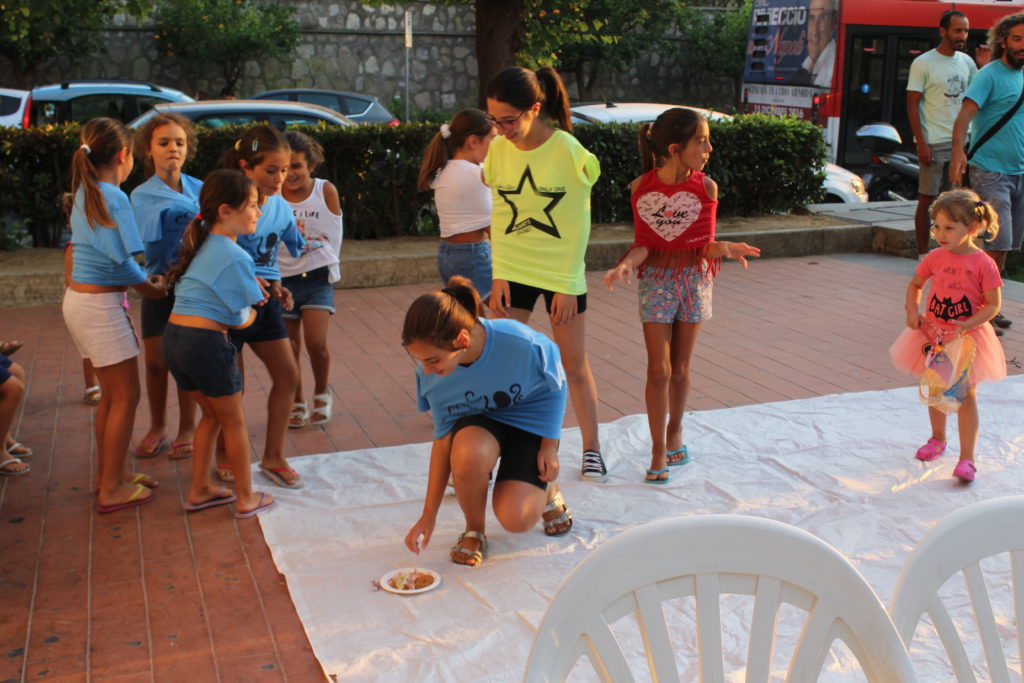 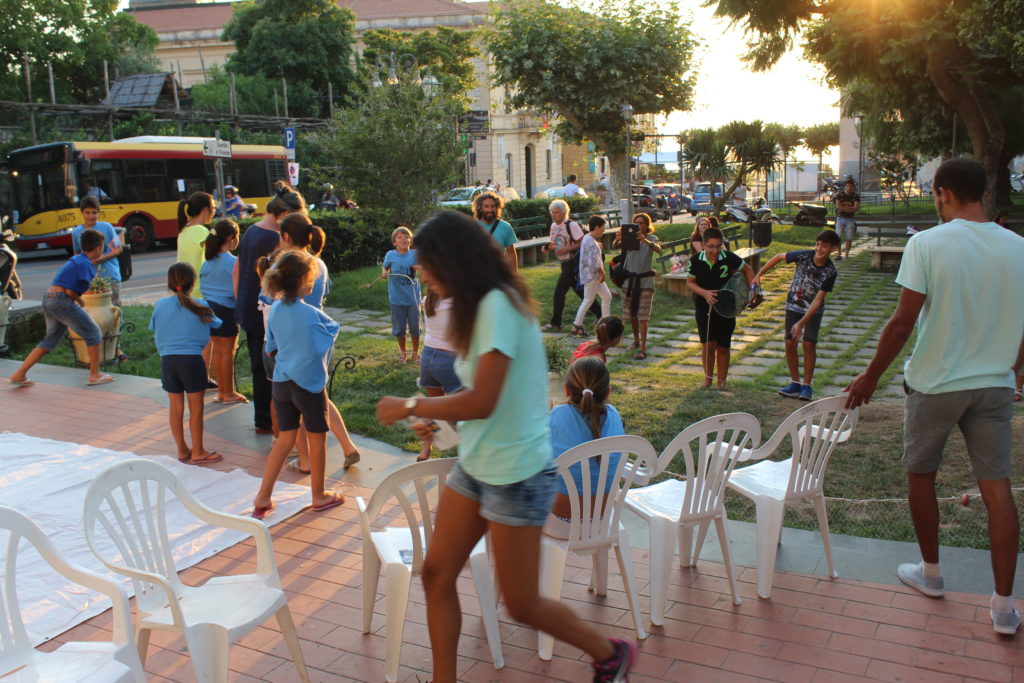 When the kids were already a bit tired, everybody set down around Mimi to summarize, what they have learned during the evening, talking about the topics and also answering to Mimi’s questions. 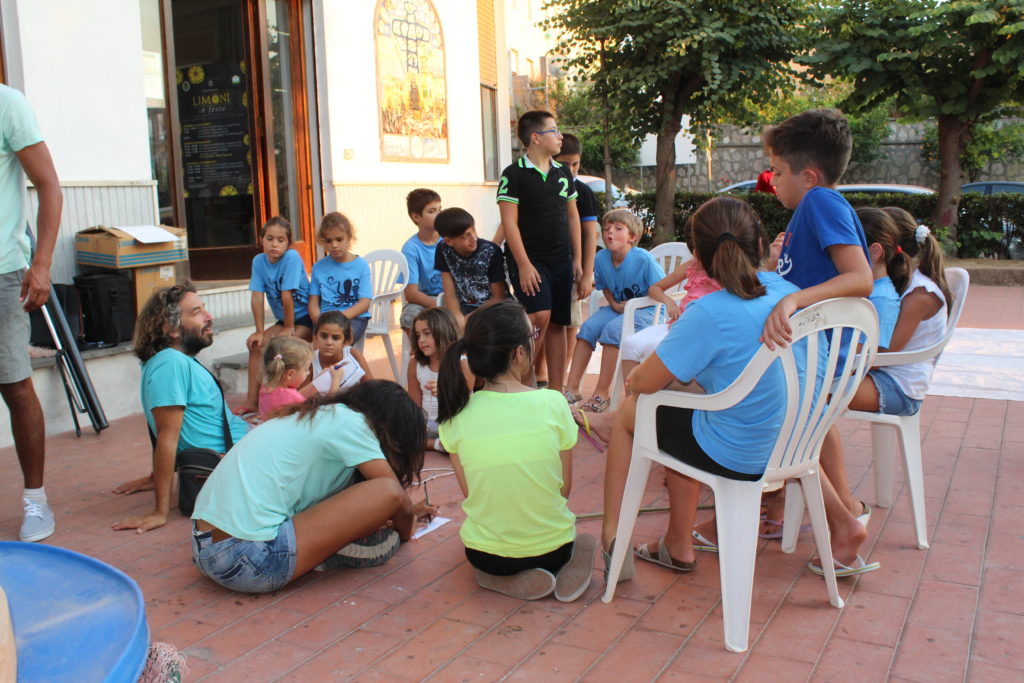 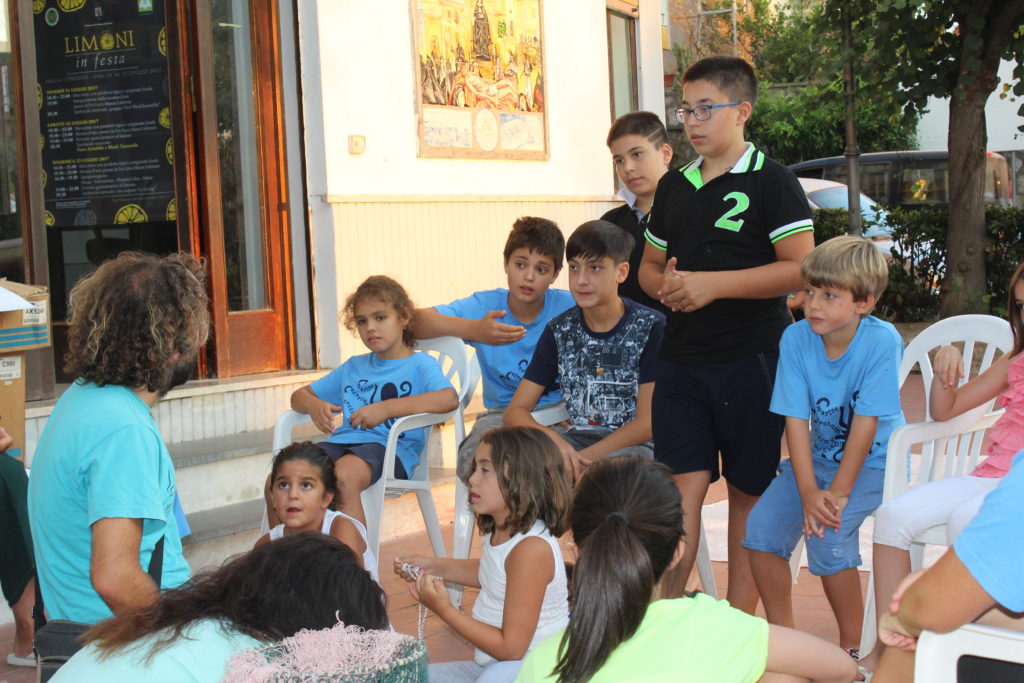 As the kids can never get enough of the games, they played another round of “The Sweet Fish” after the discussions.
Later in the evening before the movie all of us were able to restore our forces with pizza, yeah! 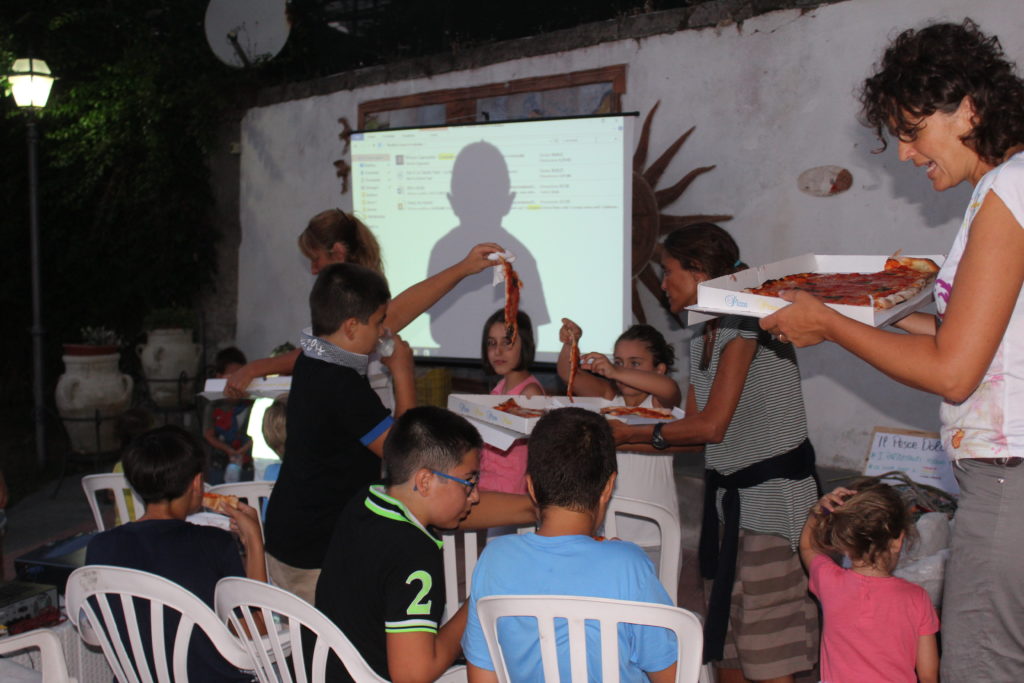 The event was concluded by a very nice cartoon “The Song of the Sea”. We were sitting together and enjoying the chilly evening under the stars…it was a perfect ending of the day.
All in all, the event went very well. The kids were curious and responsive and had a lot of fun, gaining the knowledge at the same time, and it seems that Mimi enjoyed it not less than them =D.
After the first event of “Un Mare per Esplorare 2017”, the second one took place on July 25th in Marina di Puolo. Massa Lubrense’s kids had the chance to meet local fishermens and cooks. The youngs got some practical knowledge about the construction of the fishing arts, that represent the artisanal fishing practiced localy, which also is the only one allowed in Area Marina di Punta Campanella. 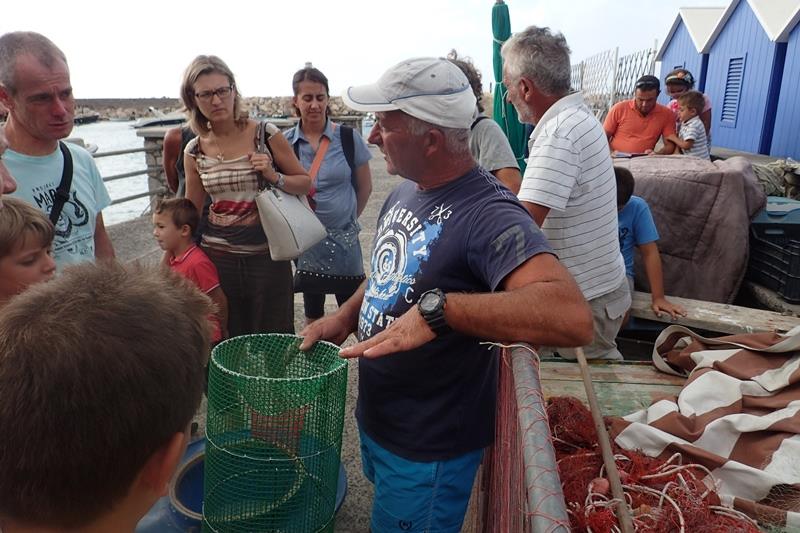 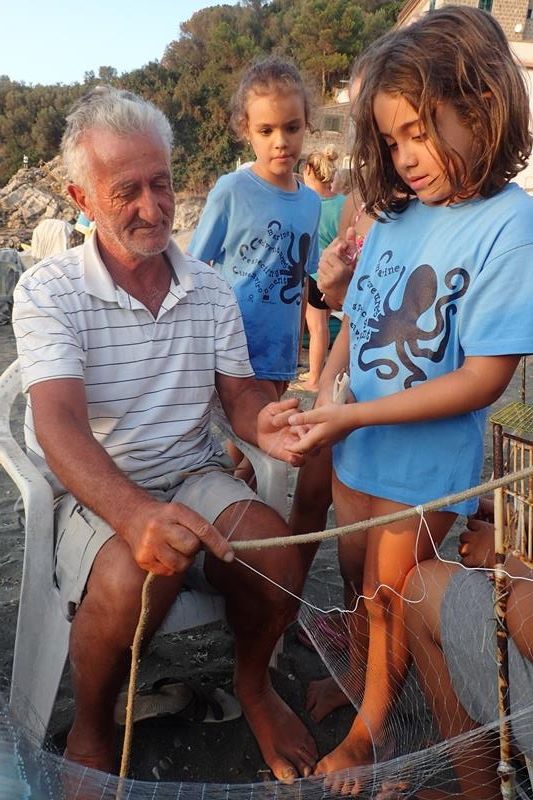 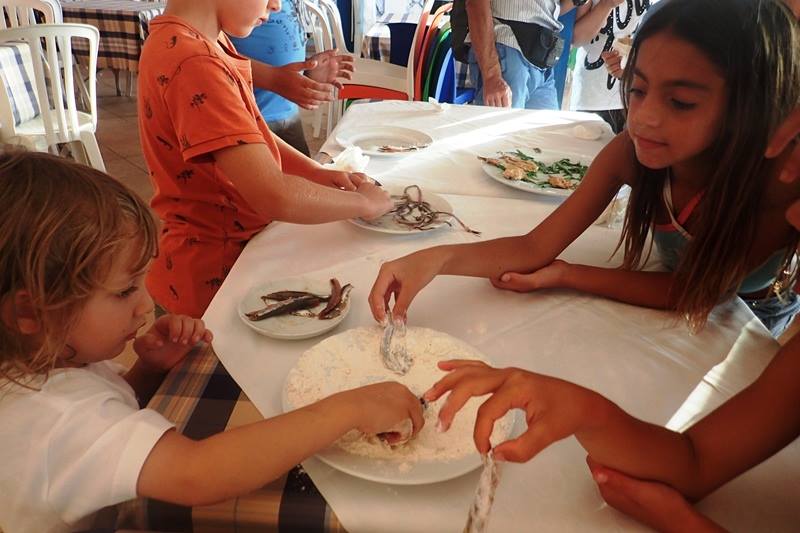 Three marine species were addressed (common octopus, anchovy and cuttlefish) giving  to participants some theoretical knowledge about them. By the contact with the cooks, the kids had the opportunity to “get the hands dirty” and cook (and, of course, taste) one individual from each specie. 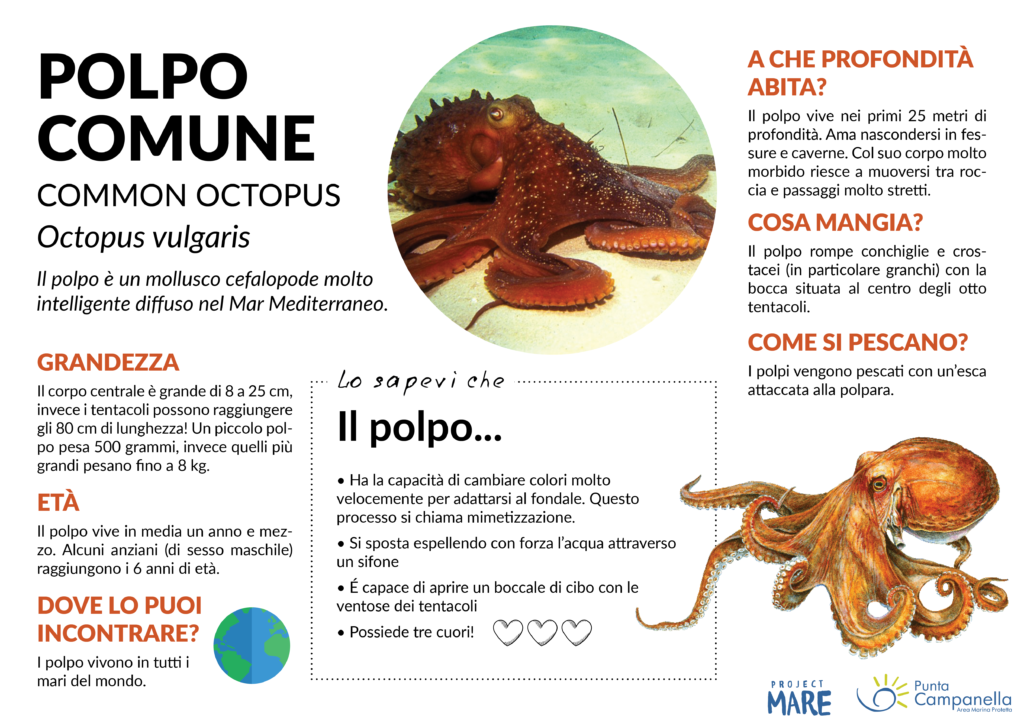 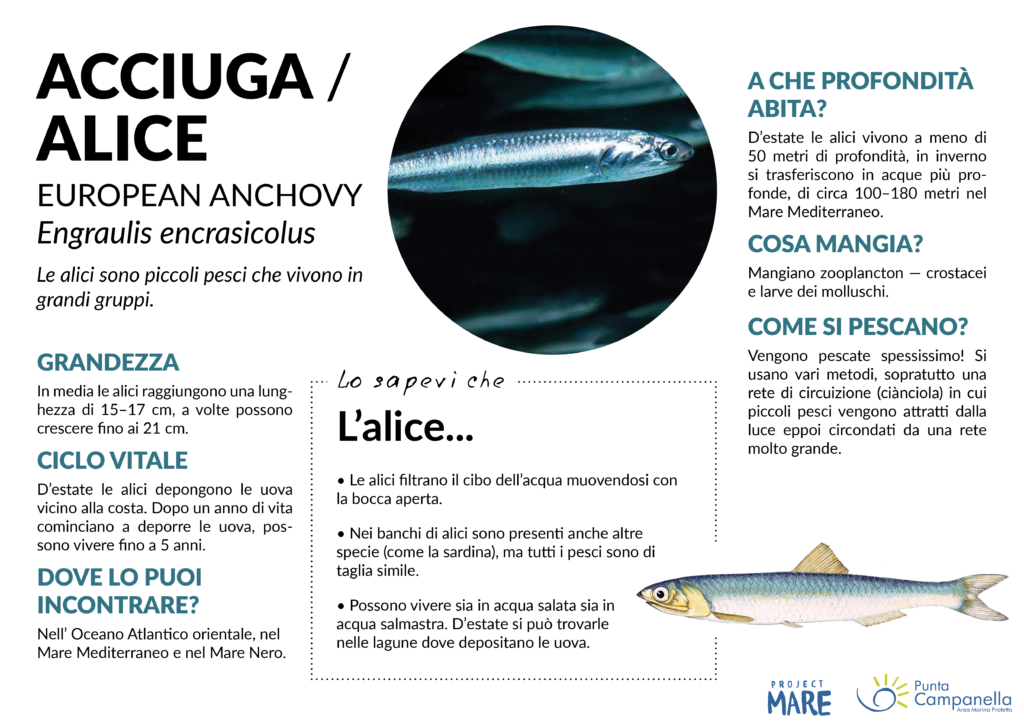 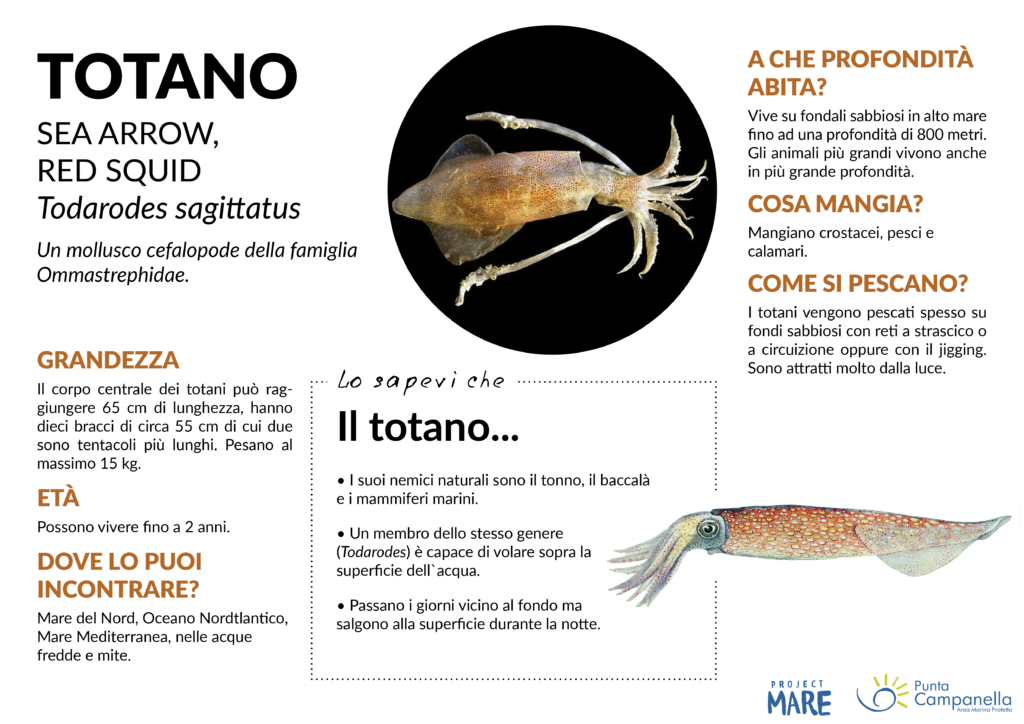 In upcoming events the subject of the negative side of fishing (overfishing, by-catch and ghost fishing) and also about the more developed types of fishing will be approached so, the differences between artisanal and industrial fishing can be understood.
It was another great day for the locals involved and the Project MARE Volunteers! And for the ones who didn’t have the opportunity to join this event, don’t worry. There is more to come!
Ciao a tutti!