After a summer filled with Mare Per Esplorare sessions; 5 encounters in the center of Massa Lubrense and 2 excursions, first in Ieranto bay and the second in the Marina di Puolo; comes in the 24th of September our last but not least Mare per Esplorare excursion and this time was in the “Gaiola Island”! 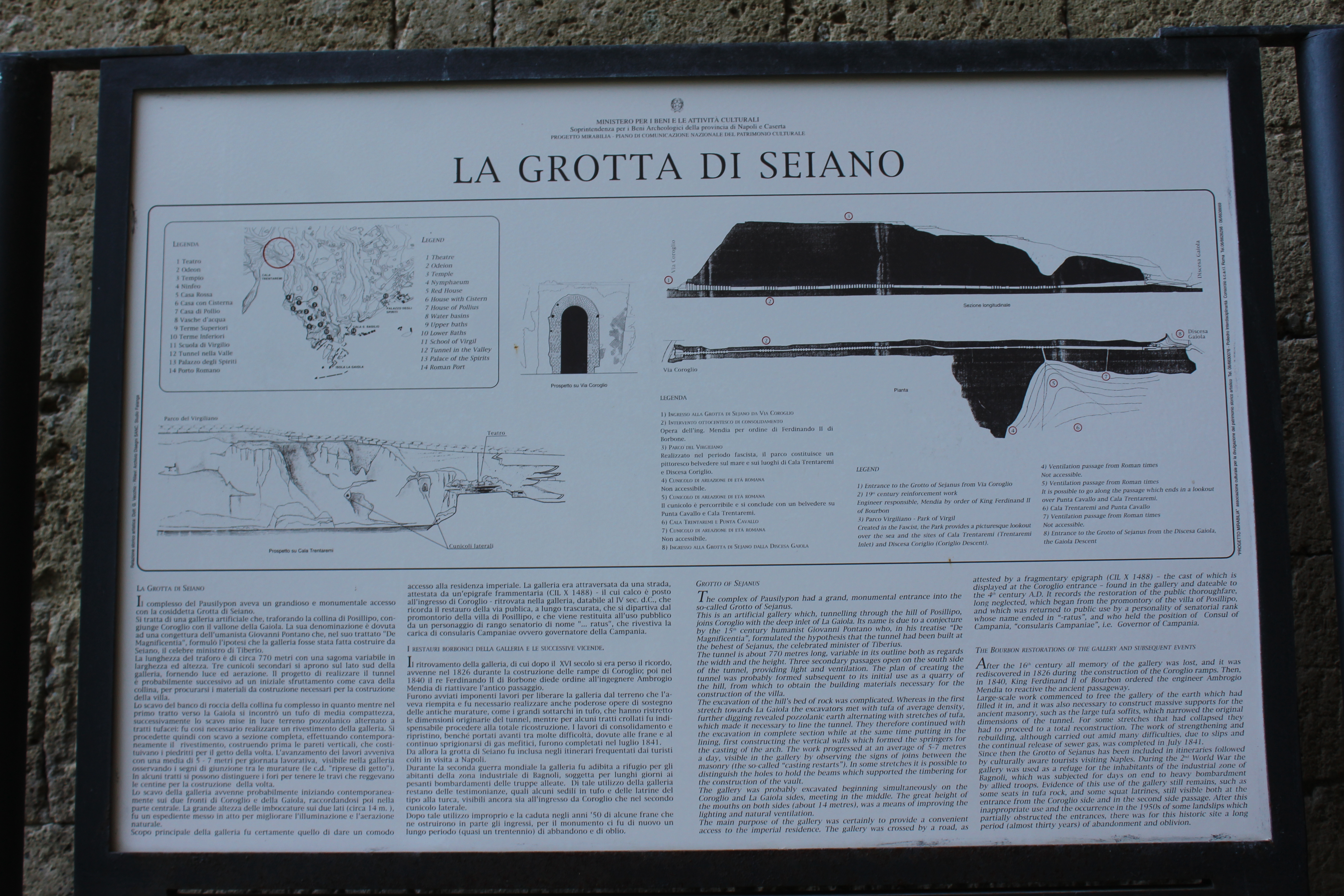 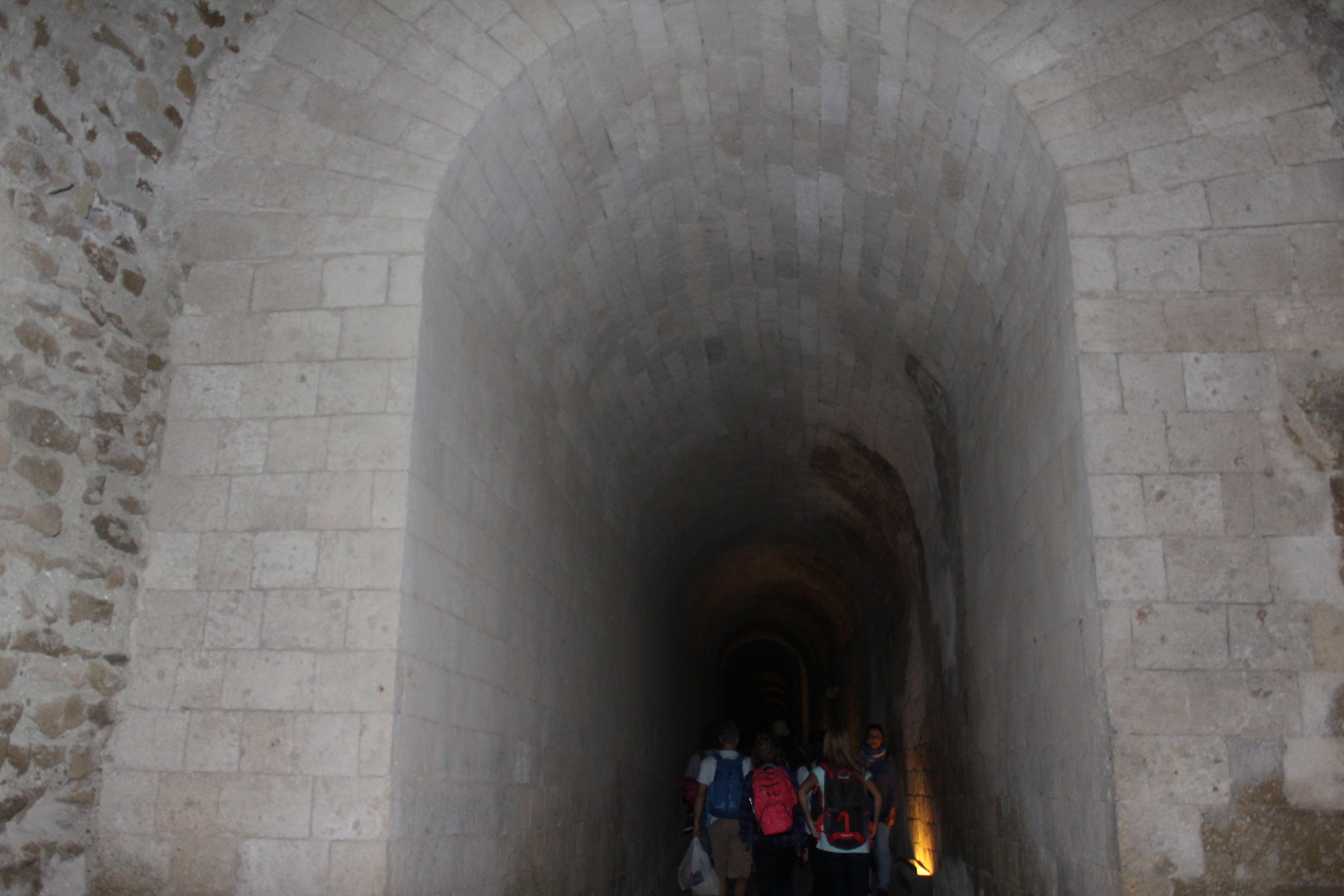 Our trip started in front of the “Cave of Seiano” where we encountered all the kids who were very excited and ready for the adventure. The parents where there too and couldn’t miss the day. 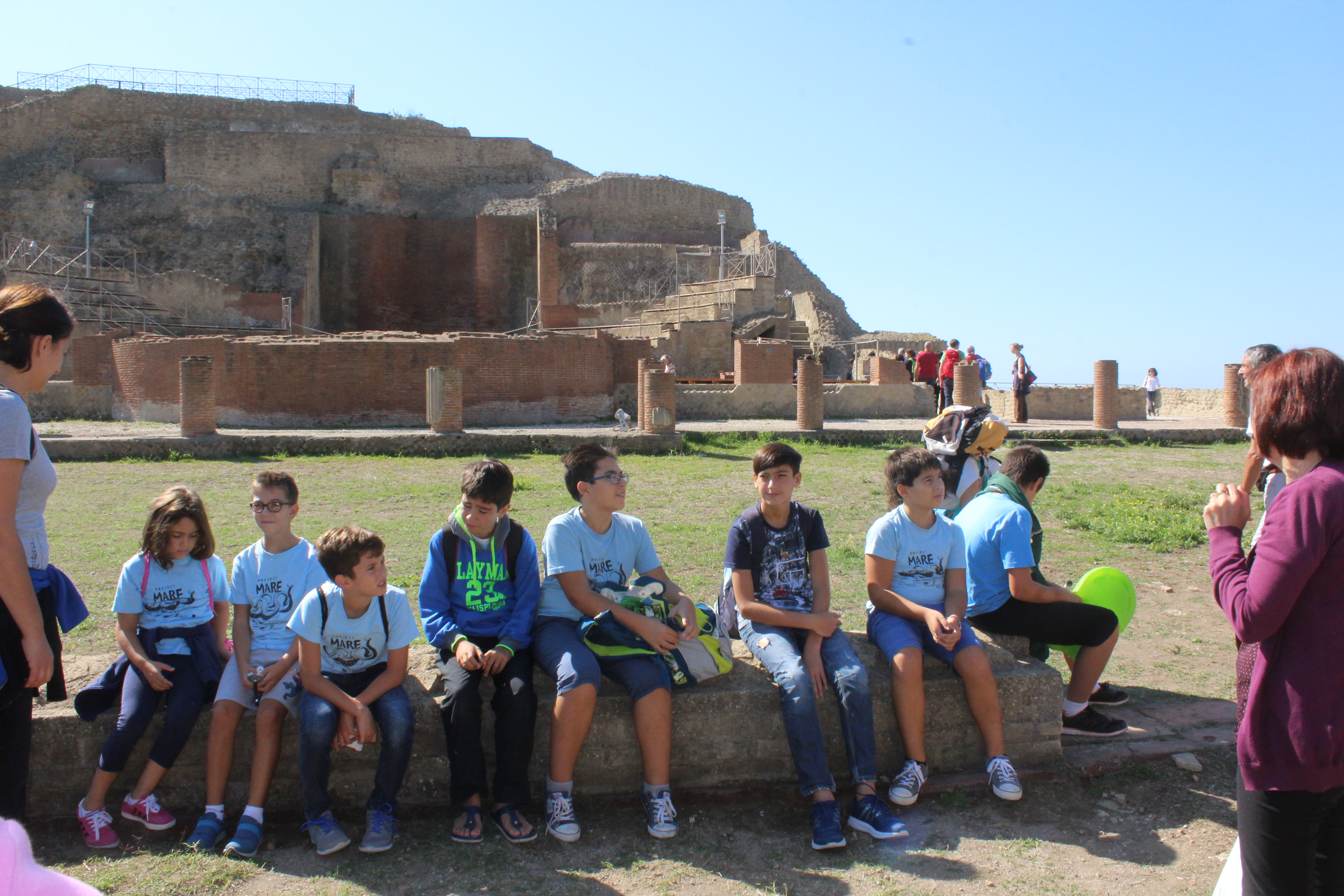 We began with exploring the cave of Seiano in which is part of the Pausilypon Archaeological Park, is an artificial780 meter long tunnel made in Roman times. We were very lucky to have a guide with which explained all the necessary facts and the interesting history of the place. The kids enjoyed the walk and the landscape from the imperial villa of Pausilypon, the theater and the Odeion to the magnificent view of Gaiola Island.Afterwards we had lunch in the green nature under the trees. 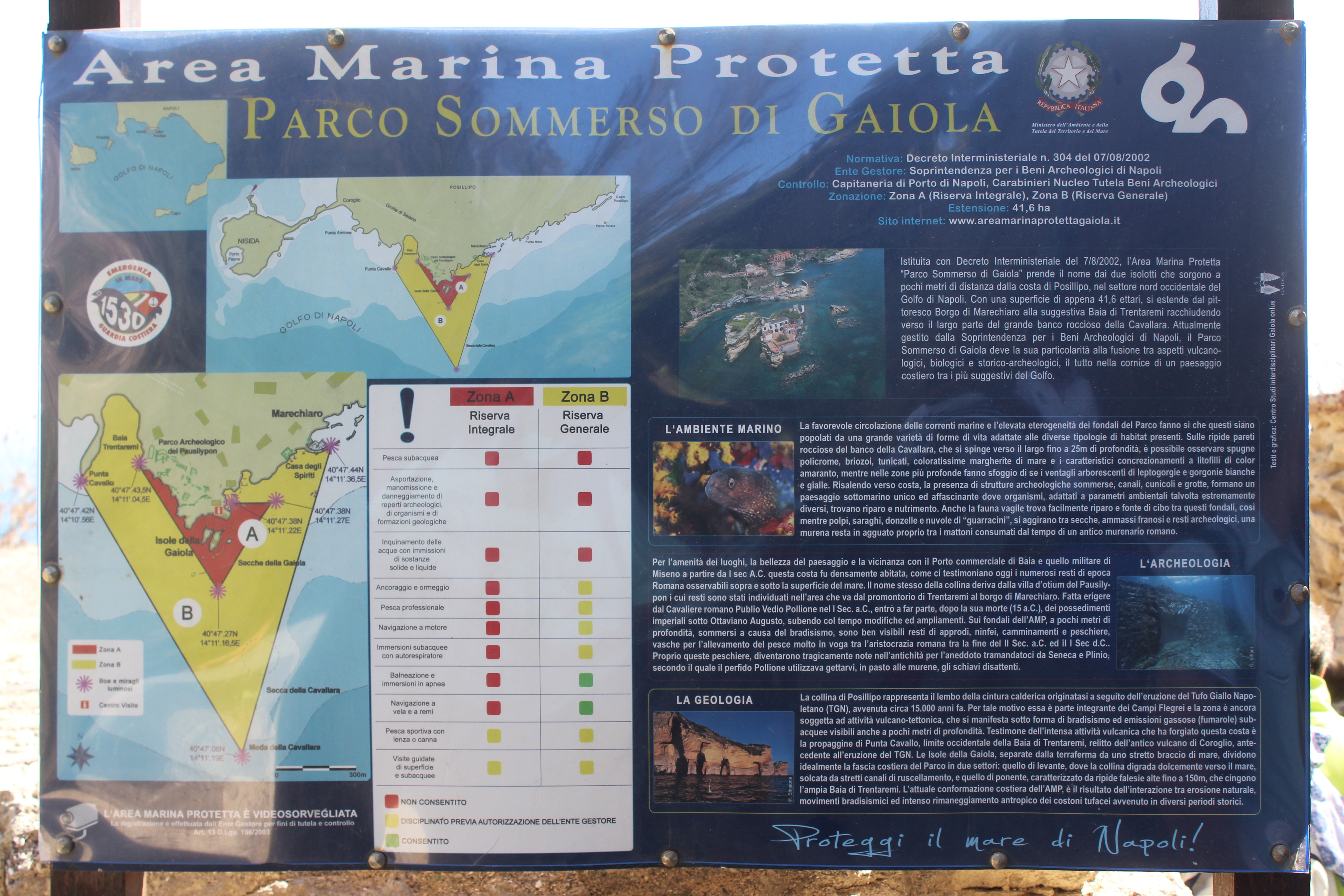 Next we visited the Parco Sommerso di Gaiola Area Marina Protetta. They welcomed us warmly and made a very instructive presentation about the marine park there, the different zone (A, B) they have, the threats they face from all the illegal fishing to the garbage and the plastics people leave. The kids were very attentive and answered all the questions and gave lots of proper observations. At the end of the presentation we made a little ceremony for the participants of MARE PER ESPLORARE. We gave them a certificate. It was a touching moment, the kids were really happy and proud of themselves. 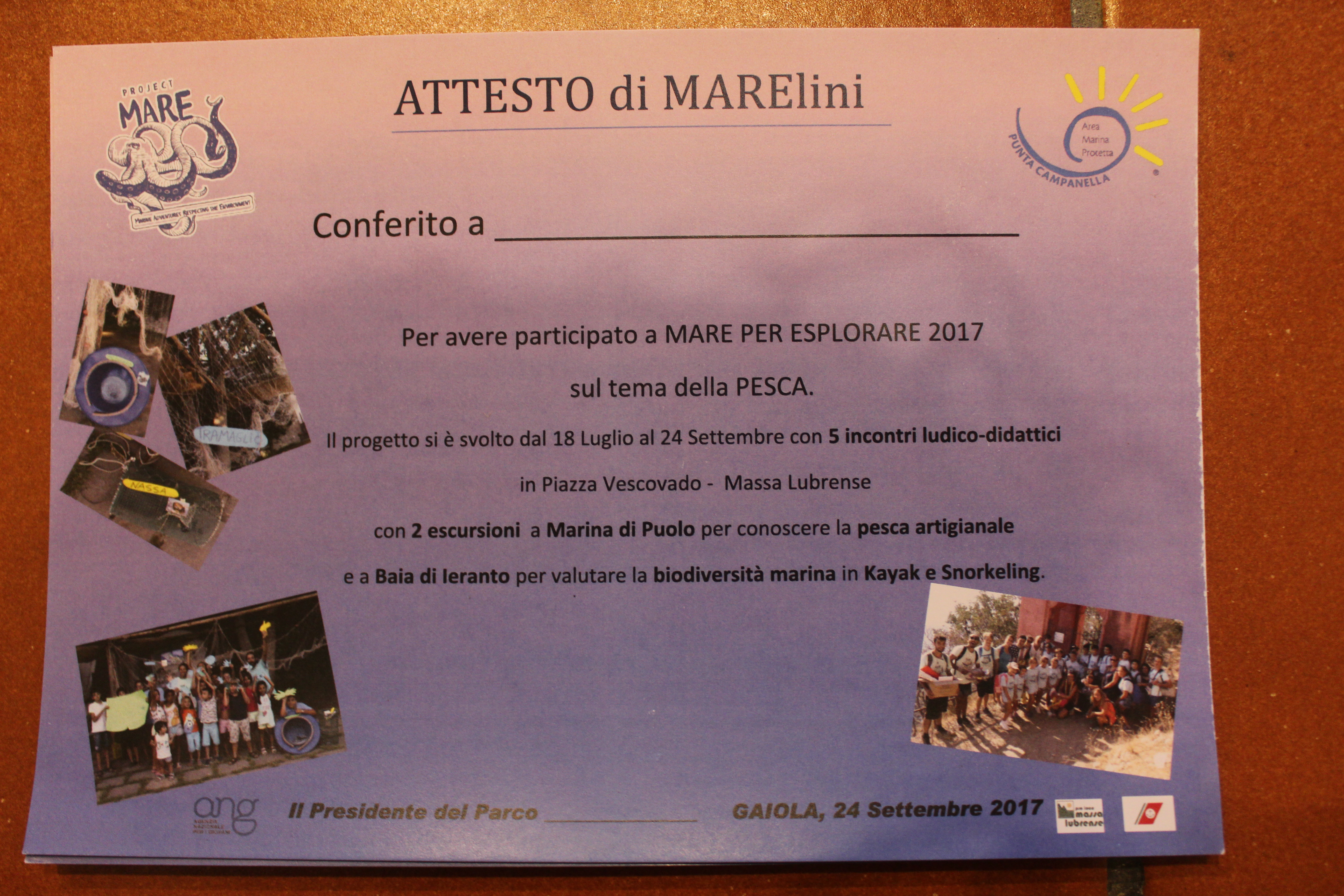 In the afternoon we started a boat tour around the park of Gaiola. We divided the kids into 3 groups of fourteen; each group gets one hour to enjoy the splendid view of the area, the island and the sea with a nice and well educated guide. On the other hand MARE team got a chance for a calm kayak tour with one of the park volunteers “Dario” who explained the history of the area and the type of work they do in Gaiola. It was a very satisfying and entertaining day for the kids, the parents as well as for MARE team. It was our last MARE per Esplorare session and we succeeded to make unforgettable. Don’t miss your school day’s kids cause we will be back for you in October!!

← Release of turtles in Ischietella
Turtle hatching in Palinuro →