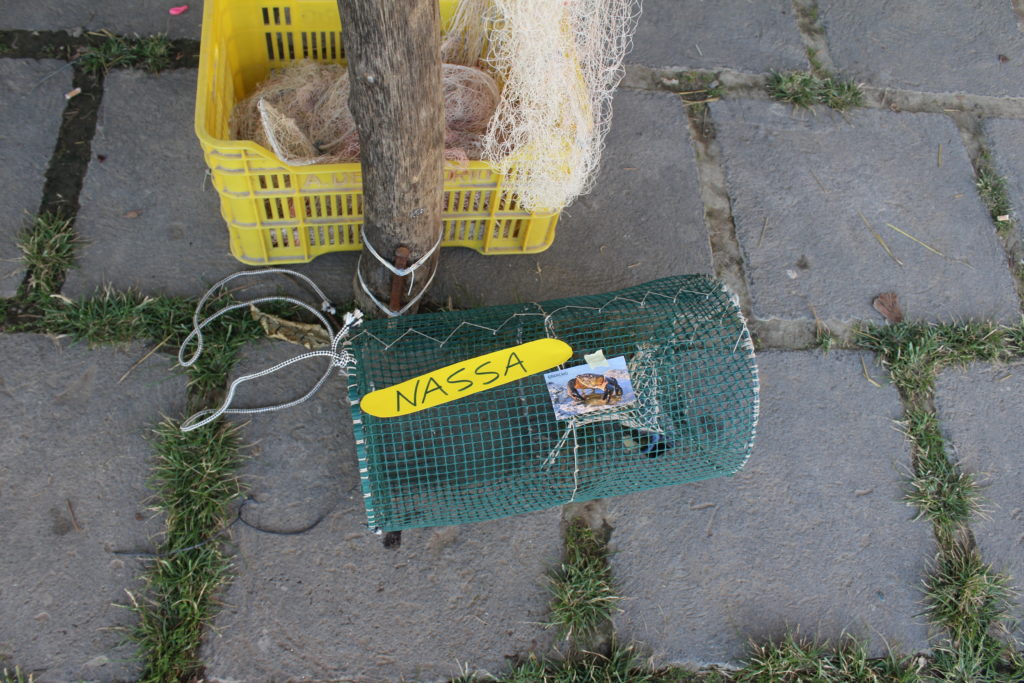 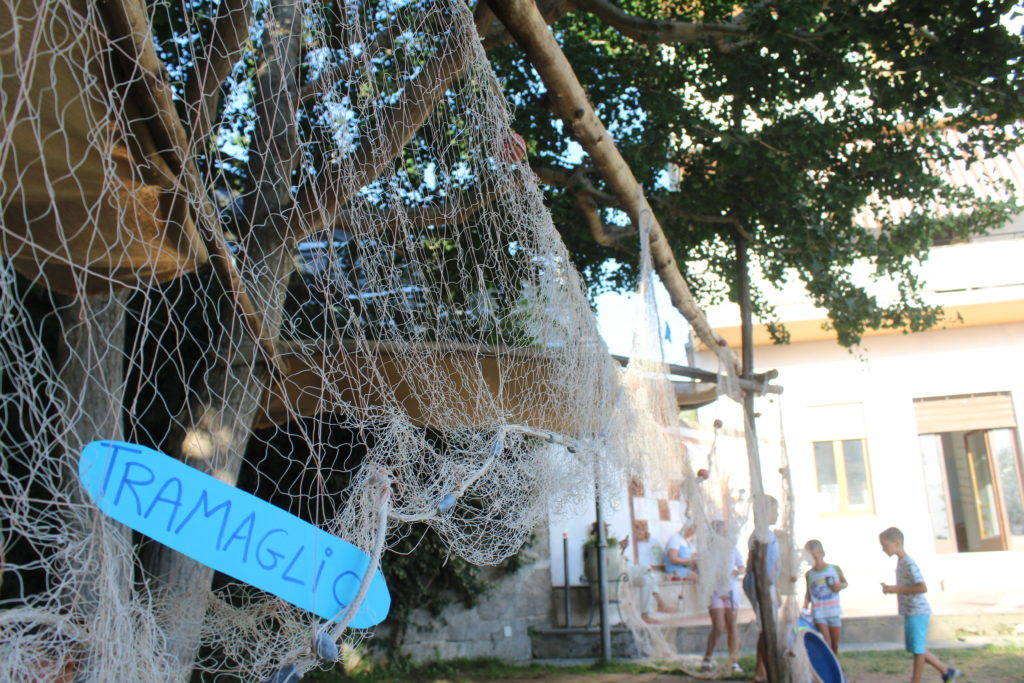 This Tuesday 1st August, with the hot weather, Mare per esplore was slow to start. The children arrived one by one. While waiting for them, we prepared Largo Vescovado for a especially large game “fish me”. The pictures of different fishes were hidden everywhere. Each child had to find 4 pictures of the same species. After finding them, they had to answer with which type of net this fish could be caught. 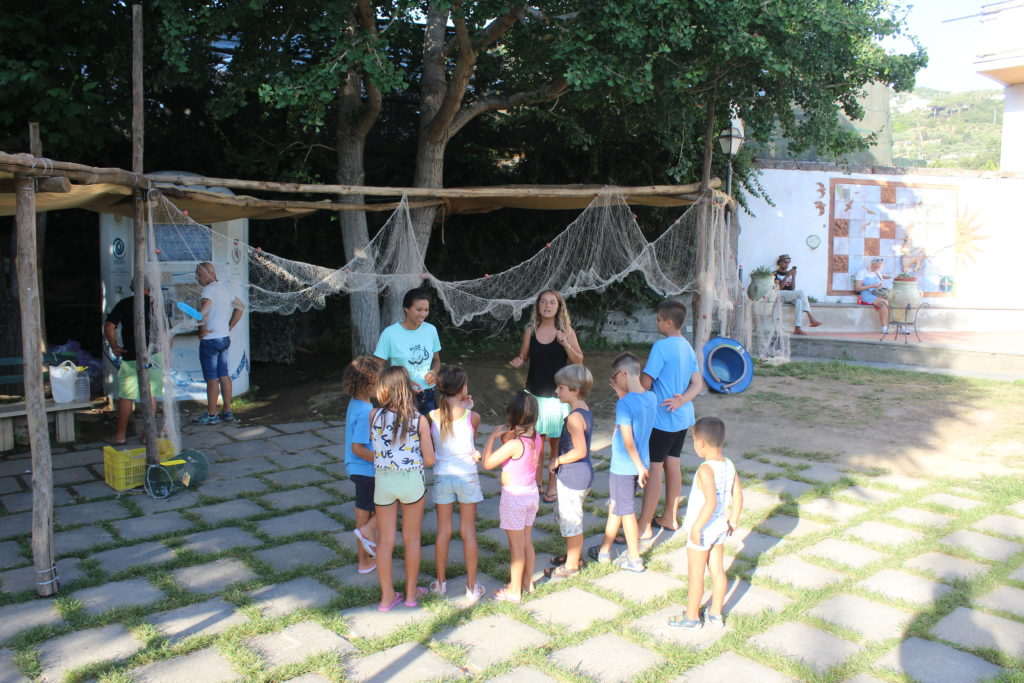 When we had enough children(8 – 10), we could to begin the orientation game.  After initiating the game, they rushed to find and recover the images on the trees, the benches, in the nets and on the walls at differents heights. 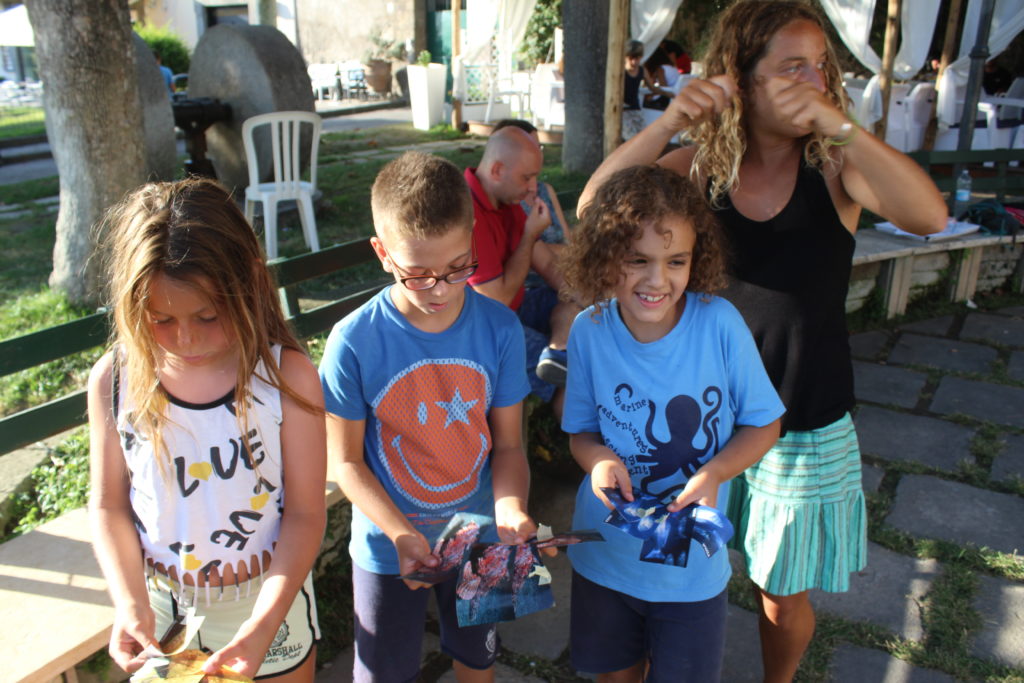 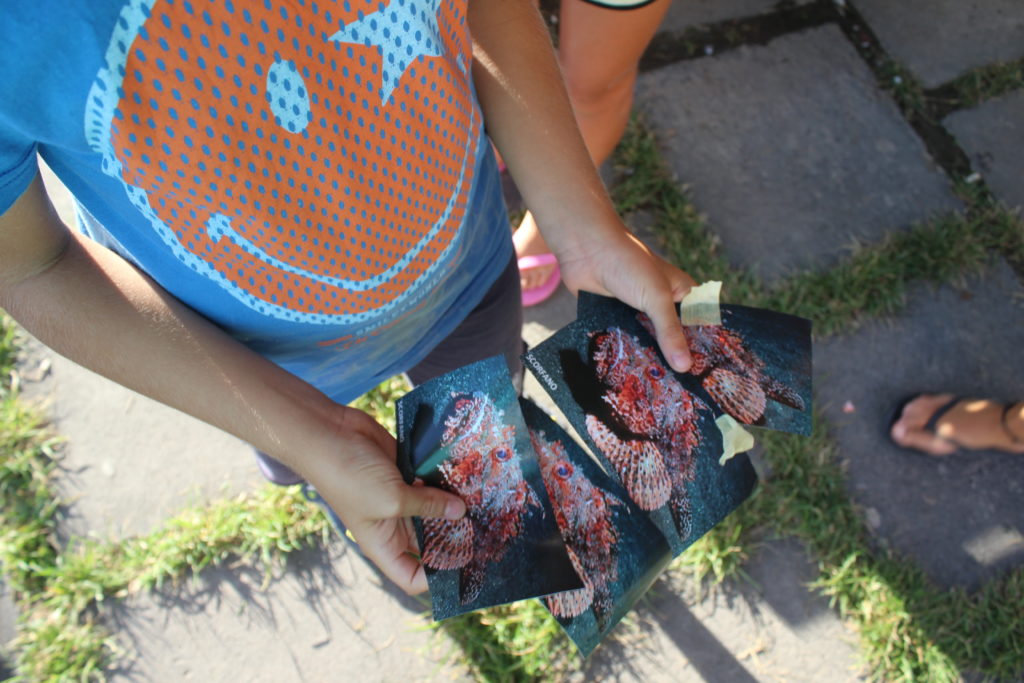 At the end, almost all of them knew with what net I can catch their species. Real progress, and also very nice to see! 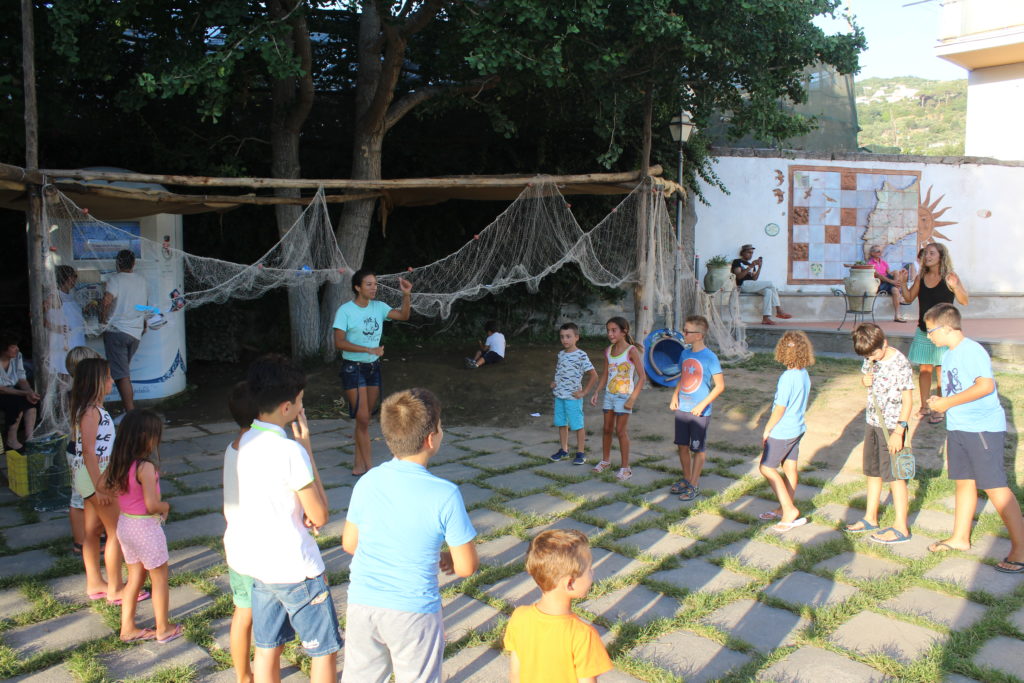 The second game was a role-playing game wtih 3 roles : fisherman, fish and jellyfish. Fisherman beats fish; Fish beats jellyfish; Jellyfish beats fisherman. Divided in two groups, each group got to decide on one role in secret. We counted to three and they immitated the role they had choosen together. When one group won against other, they had to run and catch the children in the other group. The one caught joins the team which caught them, and so on. They didn’t want to stop so we continued for “tre ultima” (the three last), and we could hear after that “l’ultima, l’ultima” and continued to play more. It was very nice to see them so enthousiastic about the game. 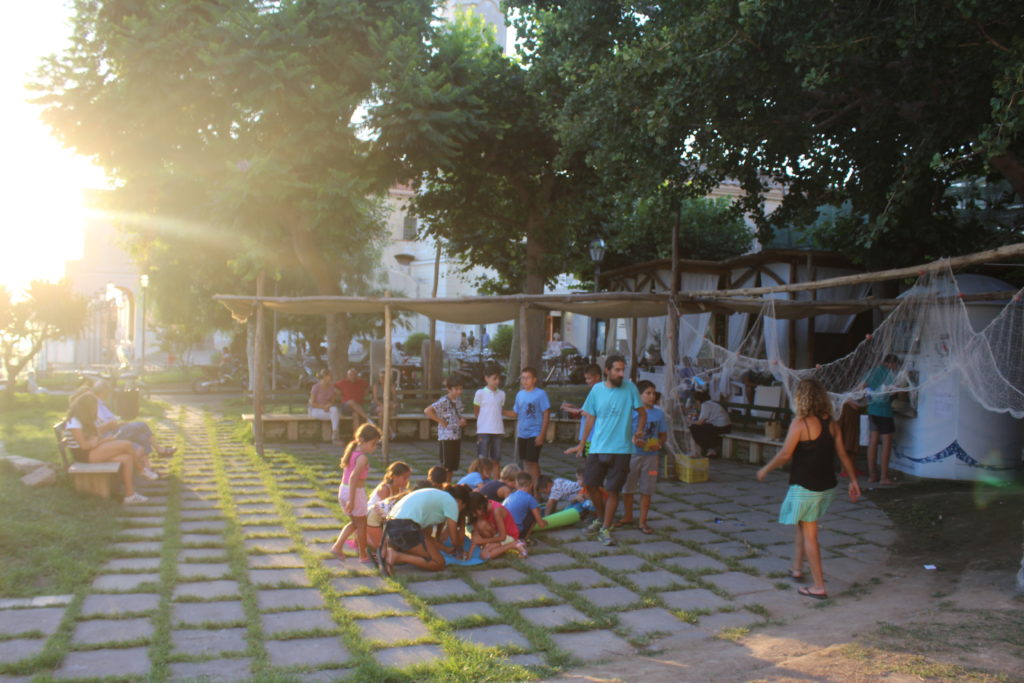 The third game was with different approach. We played the “fisher game” with different instructions. The first round is played with only one fisherman, with the other children playing as fish. The second round was played with 5 fishermen so with less fish (10). The third time with 10 fishermen, and with only 5 fish! This was all done in ordrer to show the children what is happening in the sea balance-wise, and to show the difference between what the industry looked like 50 years ago and today: Initially,  less fishermen  and more fish, with it being easy to fish the quantity we aimed for. Now with more fishermen and less fish, not everybody can catch the one fish…. We based this game on reality, so that they could really get to understand what is happening in the world actually today. The kids are turning out to be really smart ! 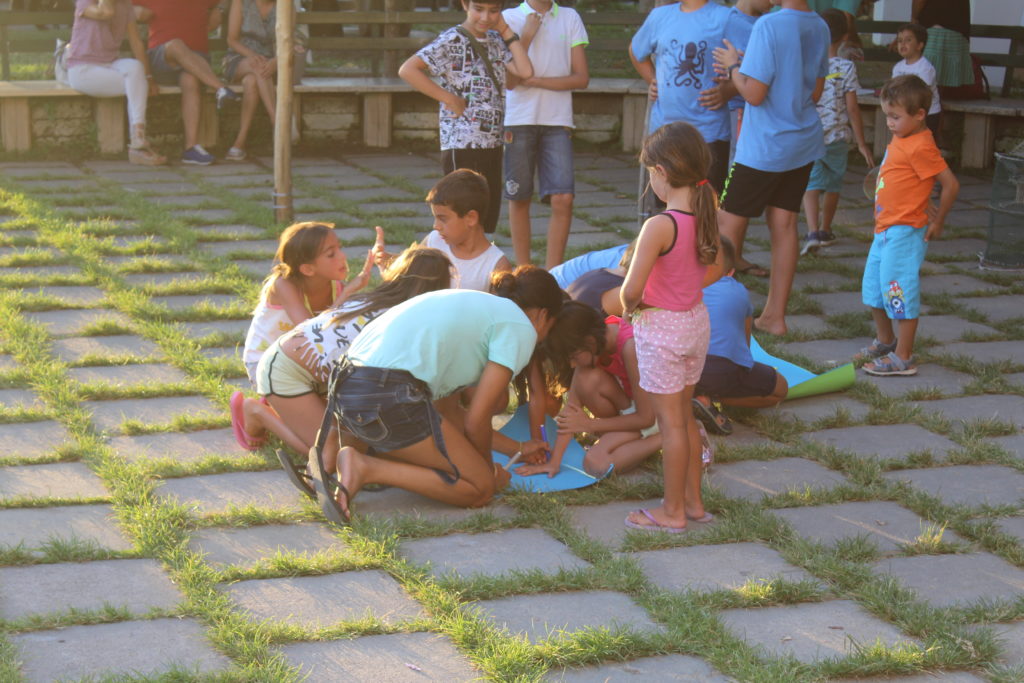 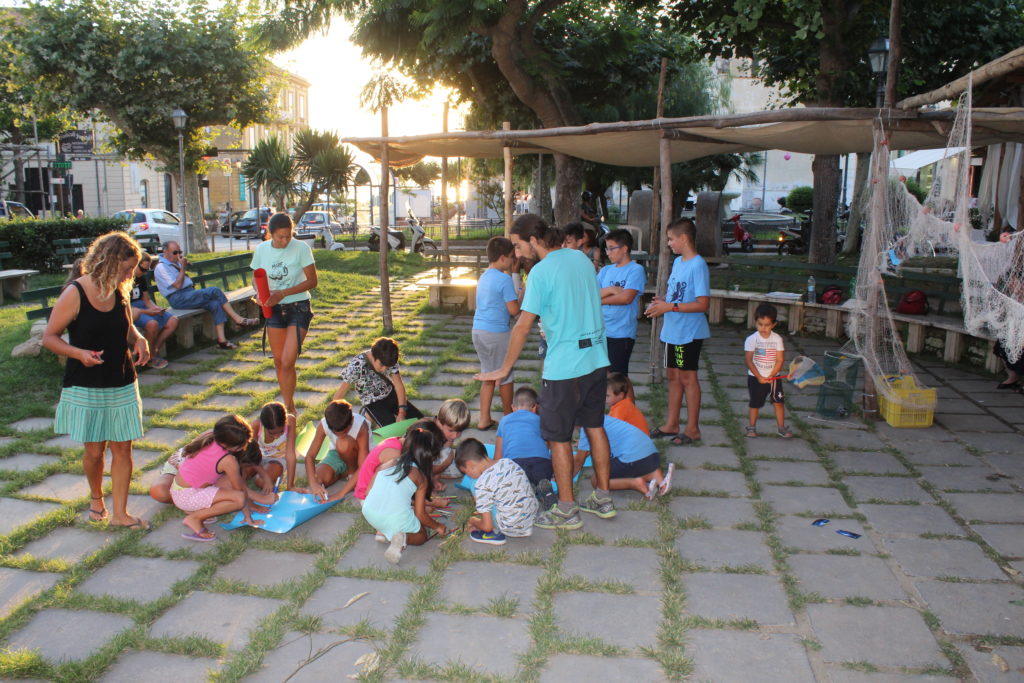 Finally, we finished the day with a manual activity : to create a fish by tracing our hands, and to draw, color and cut it out. At the end of the session, everybody left with a prize and with a smile. 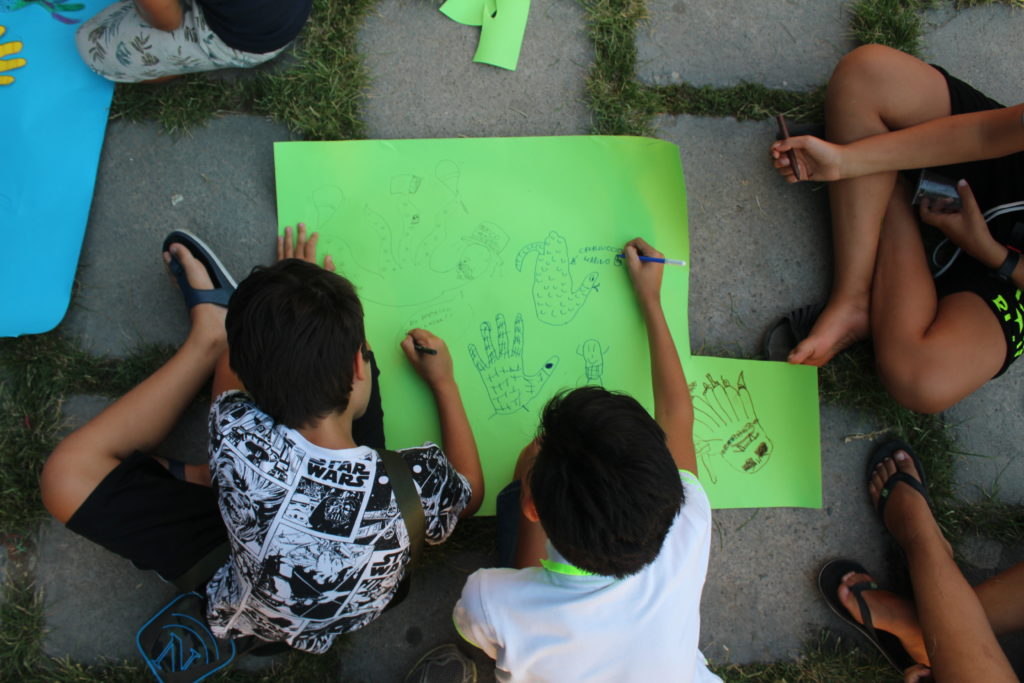 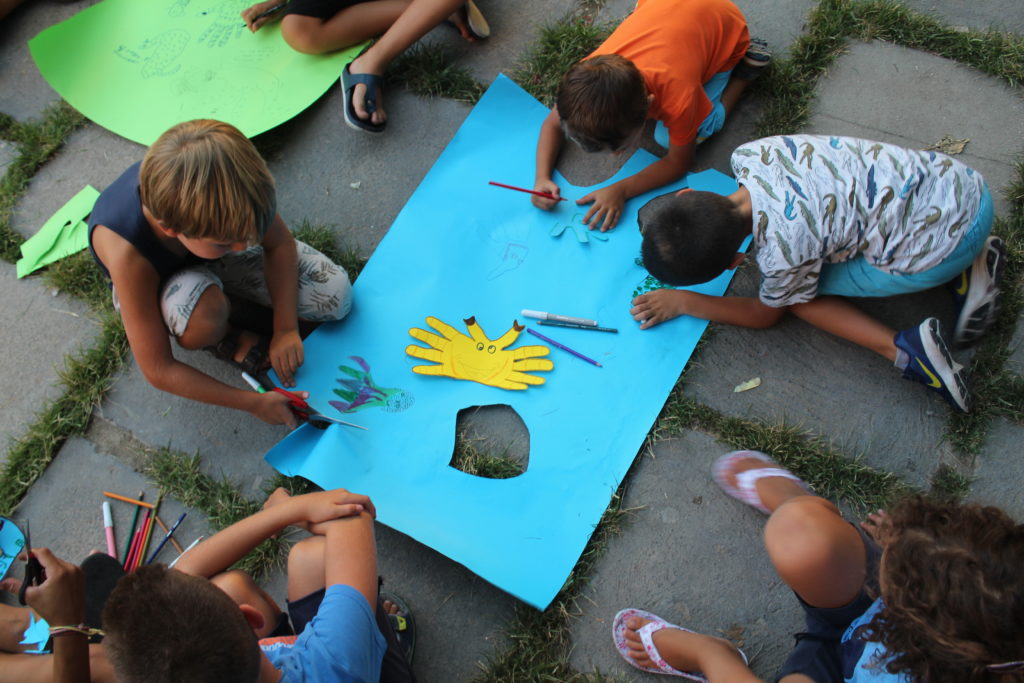 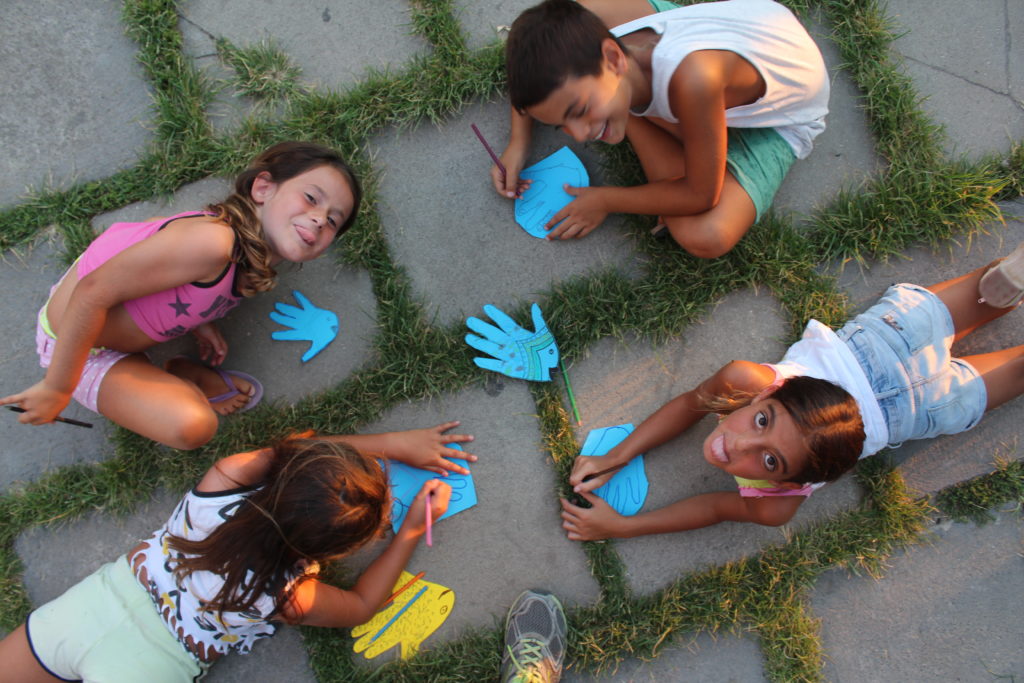 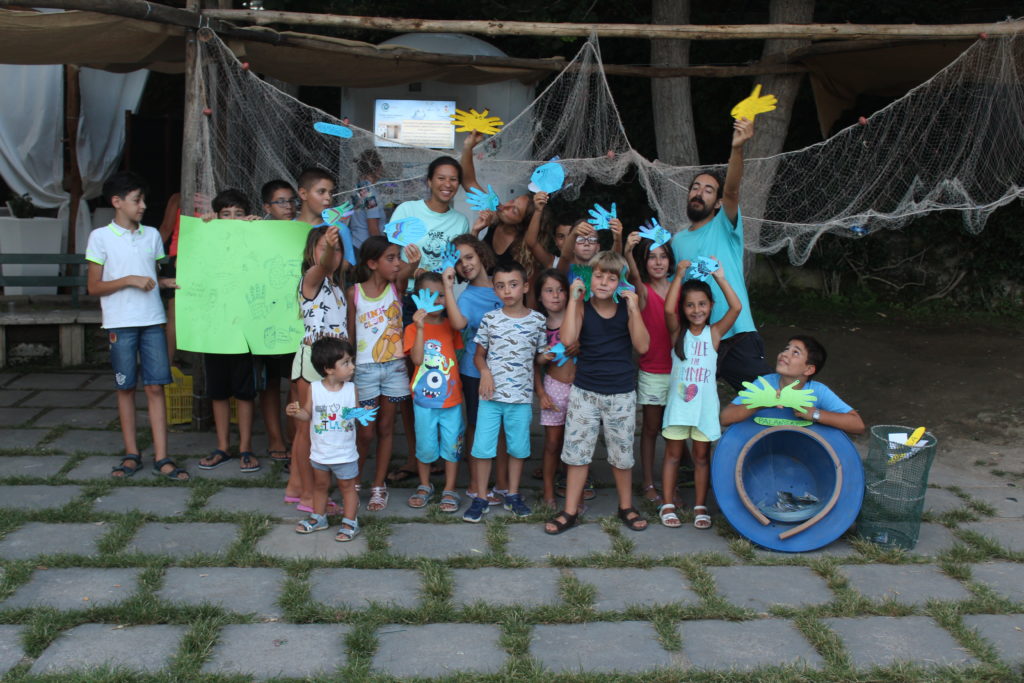