How we took a part in a ship launching

We were on our way in the early morning, heading for the harbour of Castellammare di Stabia. 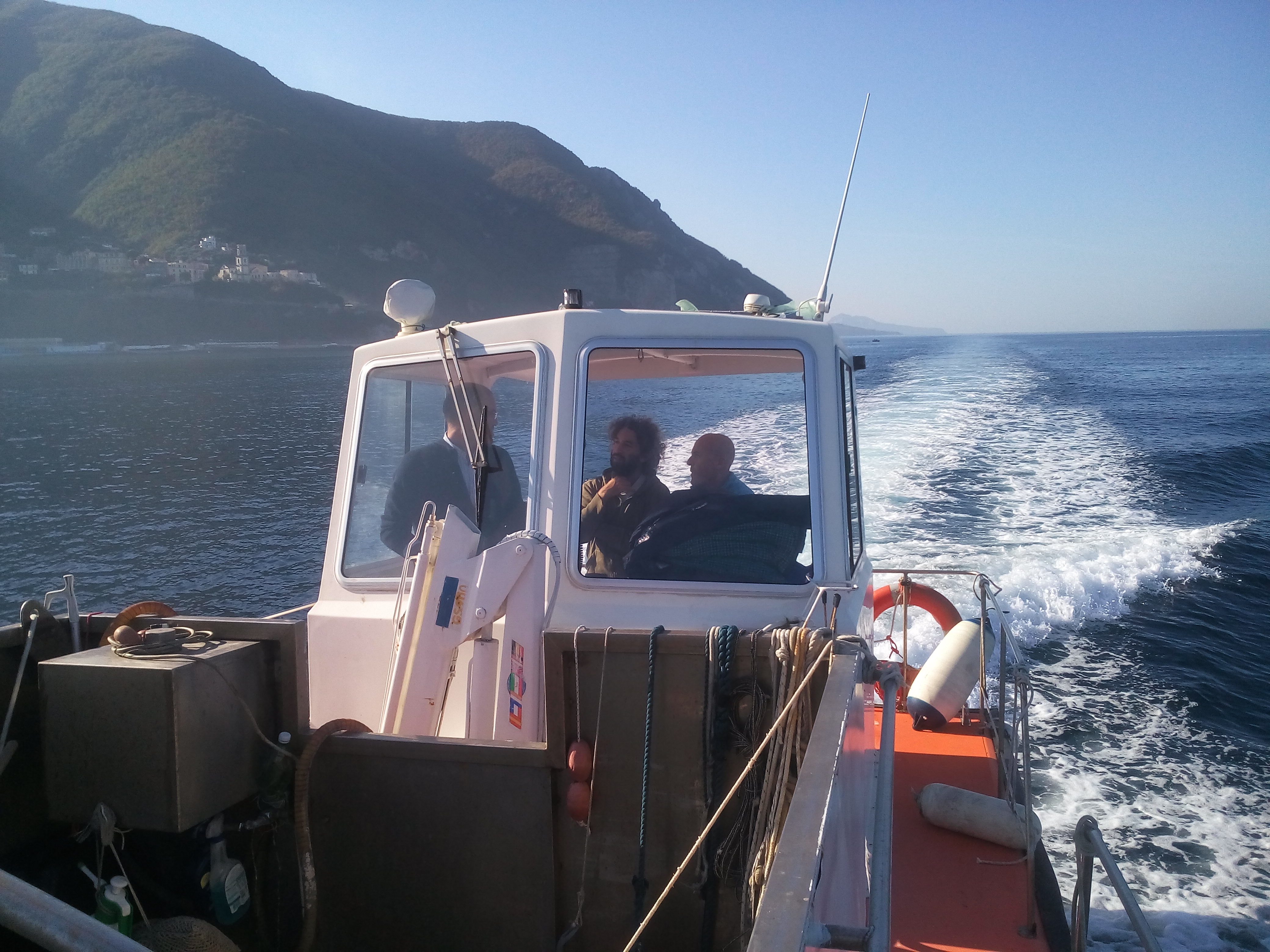 There we would be involved in a launching of a new ship. Or to be more precise – launching of a half of the ship. Apparently, the other half was being built in another port with the thought to put them together somewhere in the waters. The launching of a new ship from a shipyard is a rather spectacular thing that catches the eye of whoever is in the vicinity. The force with which the ship meets the surface of water made me glad that we had stopped at a safe distance from the scene. The coordination of the ship company made sure that things were in order; that everything went safe and smooth. And so it did! The smoothness was visible still afterwards. For it was whale fat they were using to slide the ship in. Turns out that for events like these: whale fat is being imported from Japan and Iceland. It is then used to help the new ship have its first taste of fresh sea water. For us it meant that there will be some cleaning to do.

Having been given the green light to start our works we, the AMP Punta Campanella workers, Mimi, Luca, Nicola and me, set out on our small journey around the port. Slowly, by sliding through the whale fat, we started gathering it. The process of gathering it is a rather simple one. One gets a stick with fishing net attached to the end of it. With this one picks up all the big pieces of whale fat and puts it in the garbage container, which is located on the boat. While doing so one does his best not to get dirty. I failed miserably! And therefore, I had to throw my clothes away. The whale fat took a lot of strength, but that is why they had brought Latvian power with them – me. 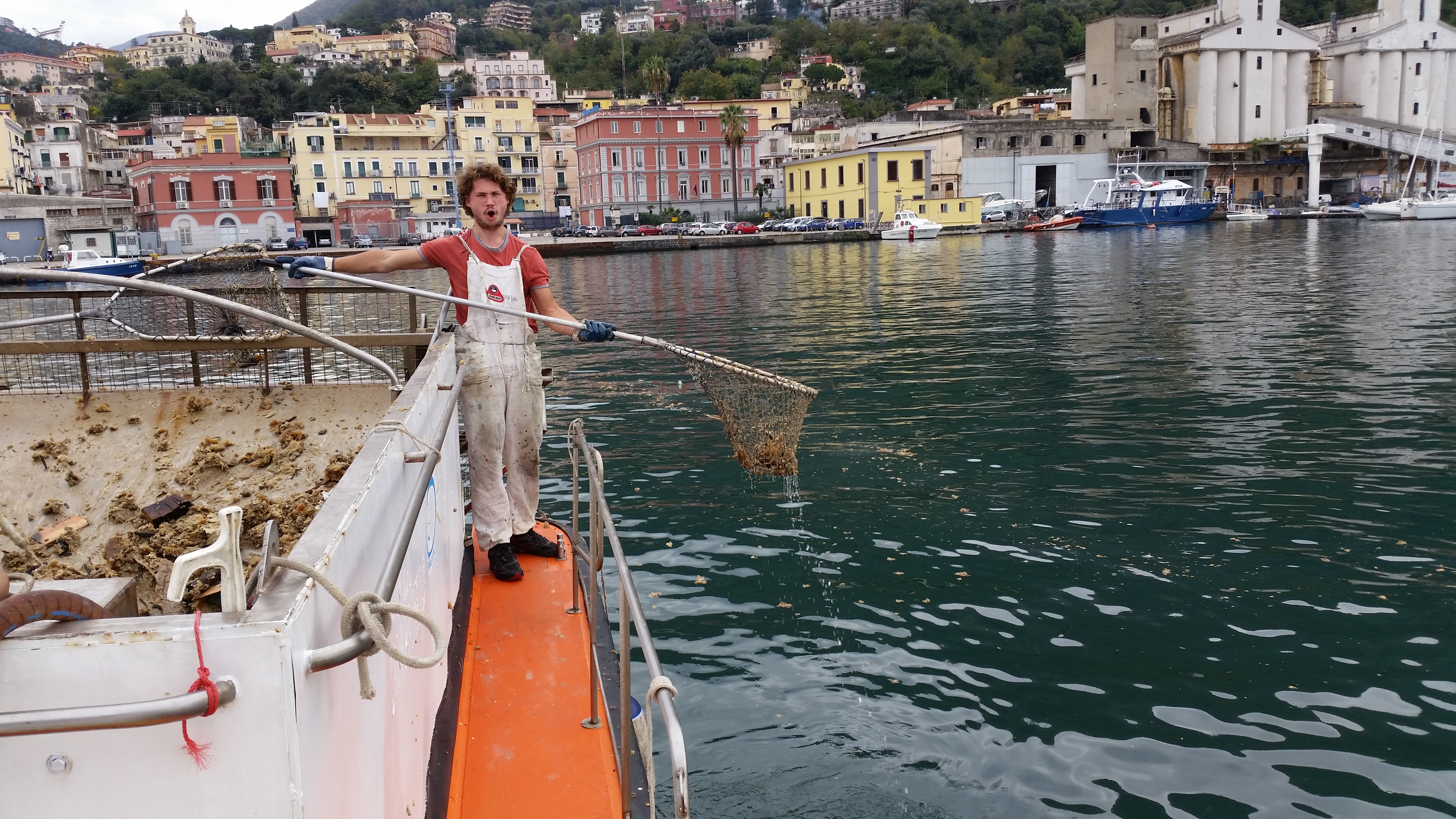 When we had finished our gathering jam, we shared some hot food and coffee with the other workers. The food: surprisingly tasty and rich in variety. After getting ourselves stuffed we docked in the port and had one of their cranes pick up all of the fat. The approximate estimate was around 500 kg of whale fat. The heaviness of it could be felt in our muscles still after. However, it felt worth it. Cleaning the sea always has felt worth it!

All in all, we had a hard yet pleasant day at work. Being part of this ship launching was a unique and new experience for me. I learned some and saw some. And to put a cherry on top of the cake: I, for the first time ever, saw some dolphins having a good time. By good time I mean they were jumping around rather close to our boat. I surely had a time to remember.

Congratulations for getting till the end! 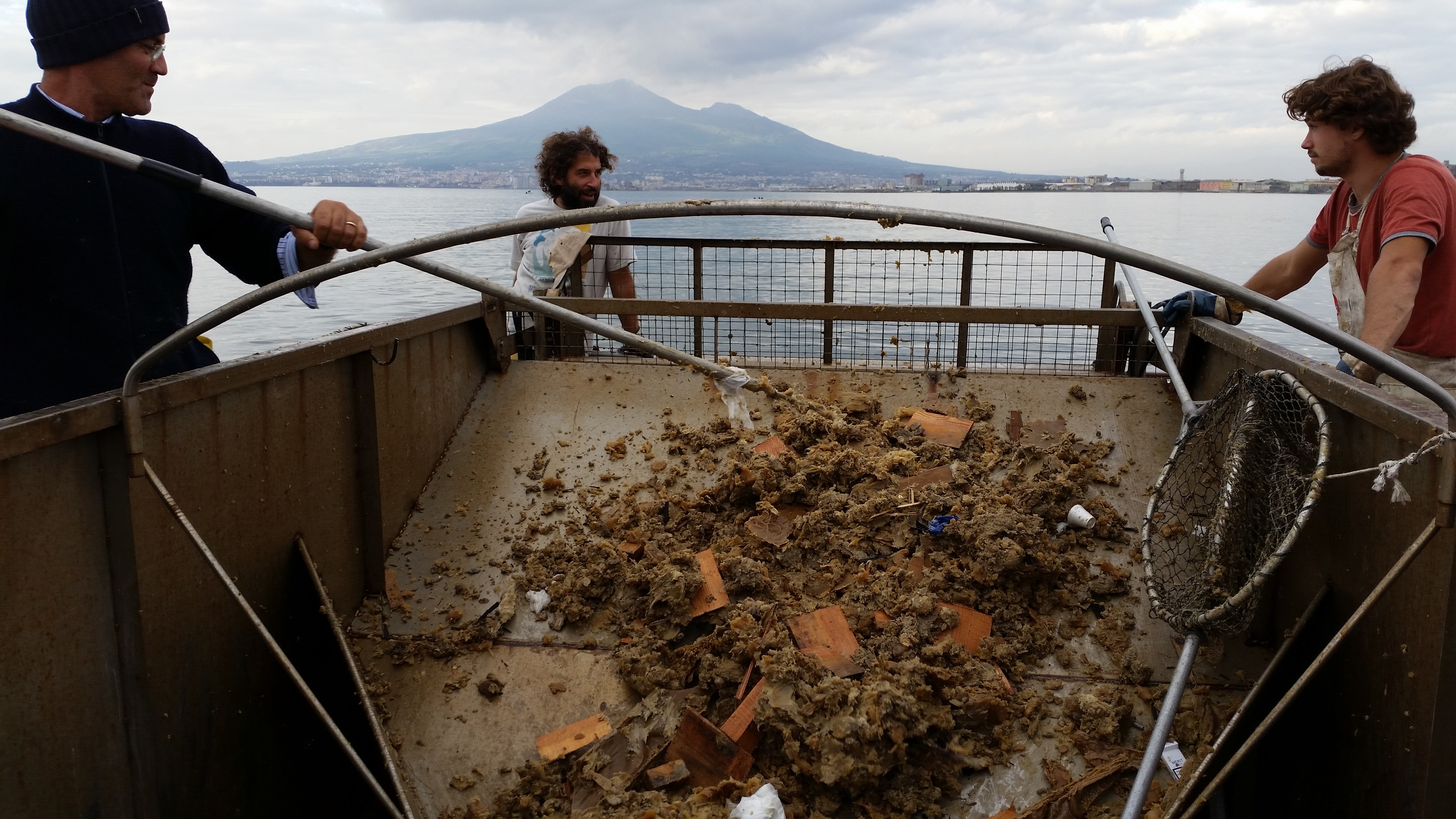