The Germans are coming! Well, no more. They came and they went. But what was it that they did in the Ieranto Bay? The answer is:… Well it’s long, so we are having a whole blog entry just for that.

On a fine Thursday morning the bay of Ieranto got filled up by the very white looking Germans. In total 43 of them. Or was it 53? Or maybe 49? Doesn’t matter – quite many of them, anyway. And what did all of them want? Everything the bay of Eranto can offer – the beach, snorkeling, kayaking. Tours on both the land, and the sea. That is exactly what they got. 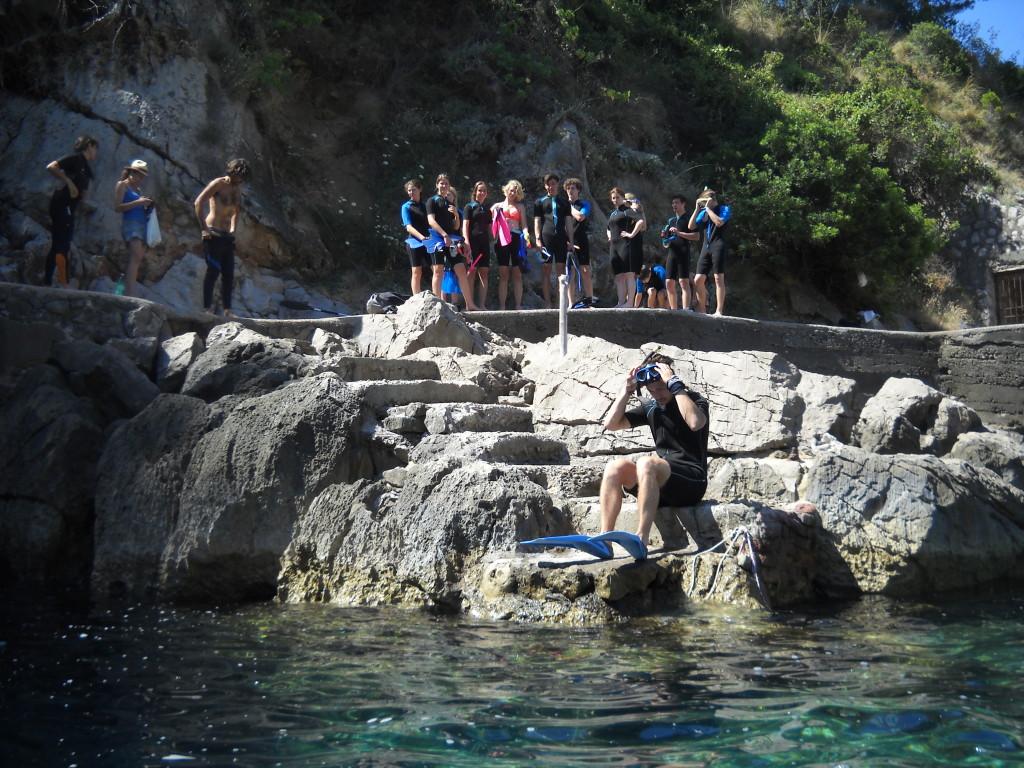 After having been introduced with the history of the place that surrounded them, they were divided into smaller groups. Each group started with a different way of exploration. Some started the day by getting into a kayak and going all around the bay and a bit further. Others went by foot, both up and down the hills, allthrough the wilderness of Ieranto. And some suited up and jumped into the always warm water of the bay of Ieranto to start their snorkeling session. I, myself, went with the later group. I believe that I enjoed it at least as much as them if not more. Oh my, the colors of the fish! And plants! And actually everything under the water. The depths of the bay were there to see. Under us and around. Another world. Almost completely out of our control. No fullish laws, the makings of men, apply to the world under the line that separates land from sea. You feel as if you go through a portal and into something else. With the life underneath. In the moment. Free. 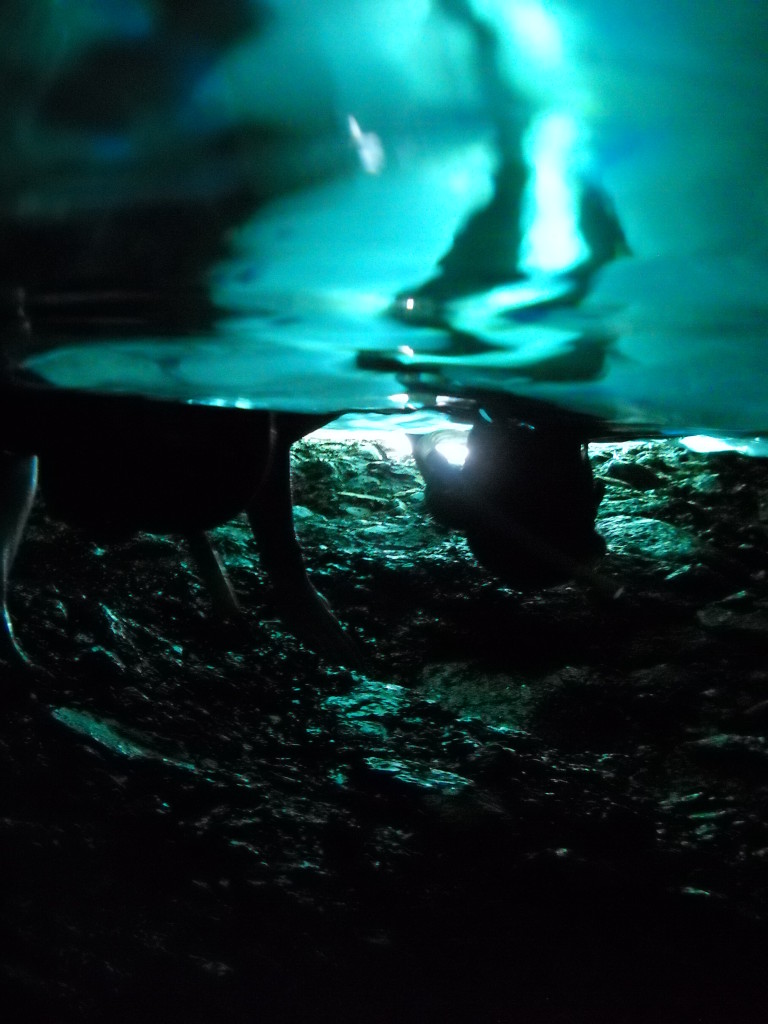 However, my brightest exerience of that day was not what some might call a pleasent one. I was stung by jellyfish – first hit came to my face , the second one on my arm. For a second, no more, I was struck out of the dream I was in. But fast enough I realised that, more or less, this was the part of the experience. And later on, funny enough, I was only happy about the incidient. For it was nice to know what it’s like. The little burning sensation under water might have been the most adventorous part of the day. 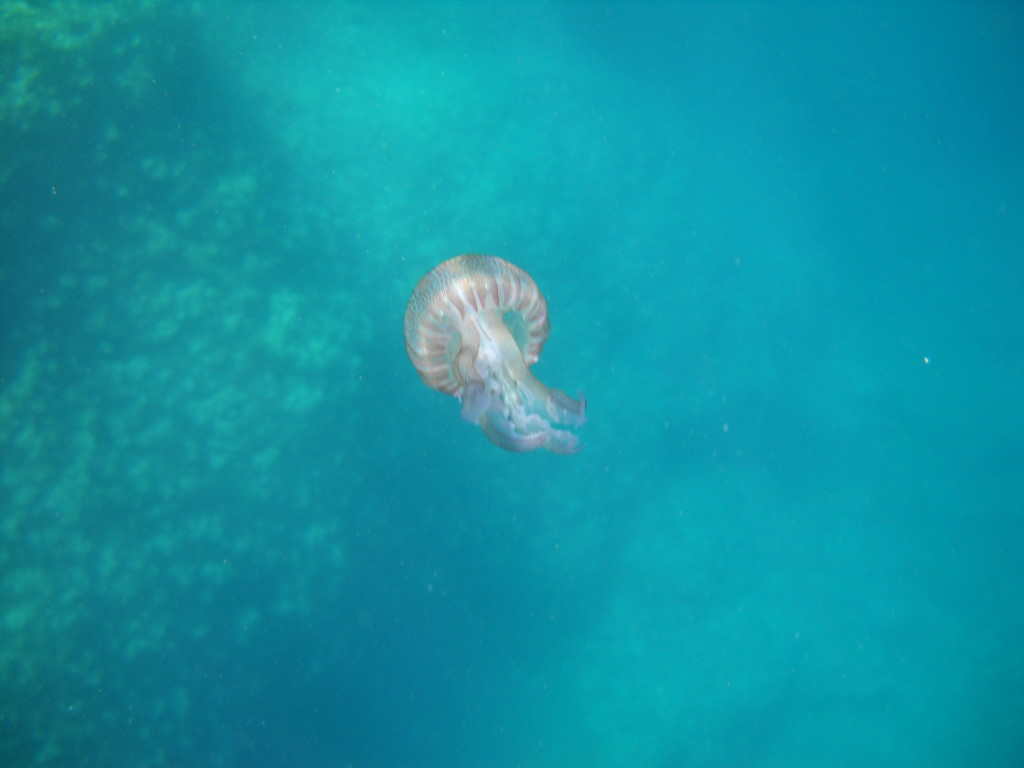 All in all, I deeply believe that all of us had a time to remember. The Germans as well as us. A good day to add to our greatest of memories.

← Returning to MARE and the homebrewing adventure
To Oliver →