This summer three of us have the opportunity to participate in another important work of the park : the Campo boe, in company of Nicola and Luca! 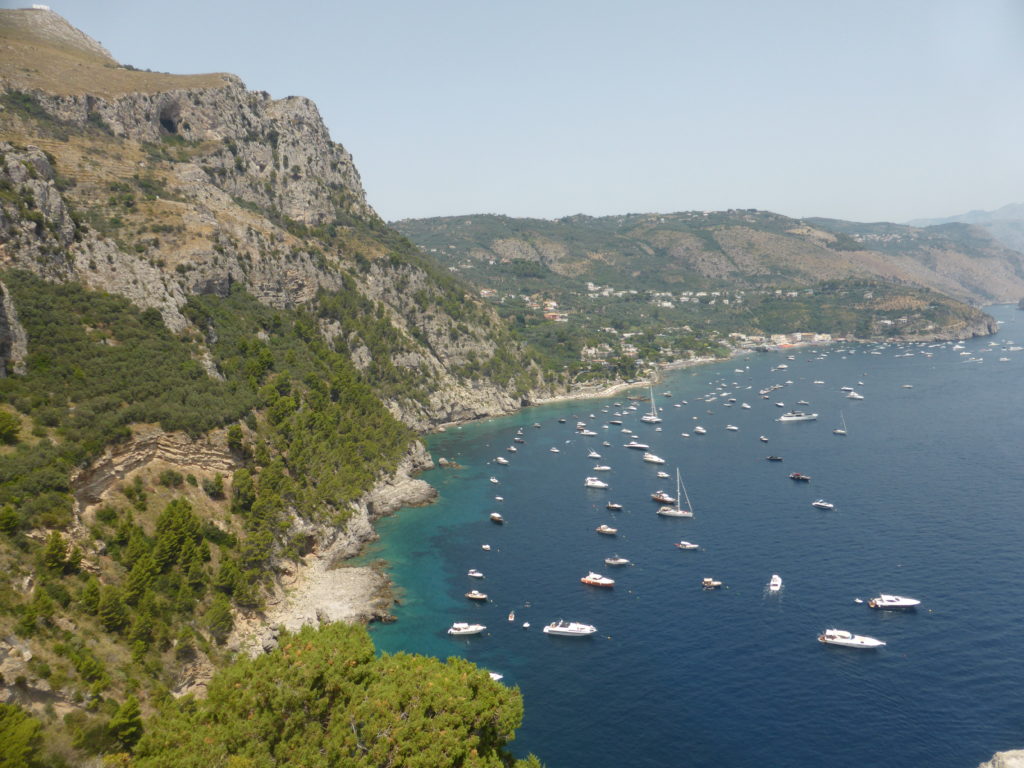 Indeed, in the B zone of the area, it’s not allowed to navigate without authorization, and it’s not possible to anchor. To give the opportunity for the numerous visitors to enjoy also this kind of zone, the park has created a place where boats can stay, by attaching them at the buoys. So, in Mortella, near Marina del Cantone, there are 35 buoys at the disposition of the boats.

This little «parking» on the sea is very important because it’s an alternative to the ancorage : it gives the opportunity to stay in an eco-friendly way without putting the anchor and so without doing damage to the meadows of posidonia which are keepers this place’s richness! 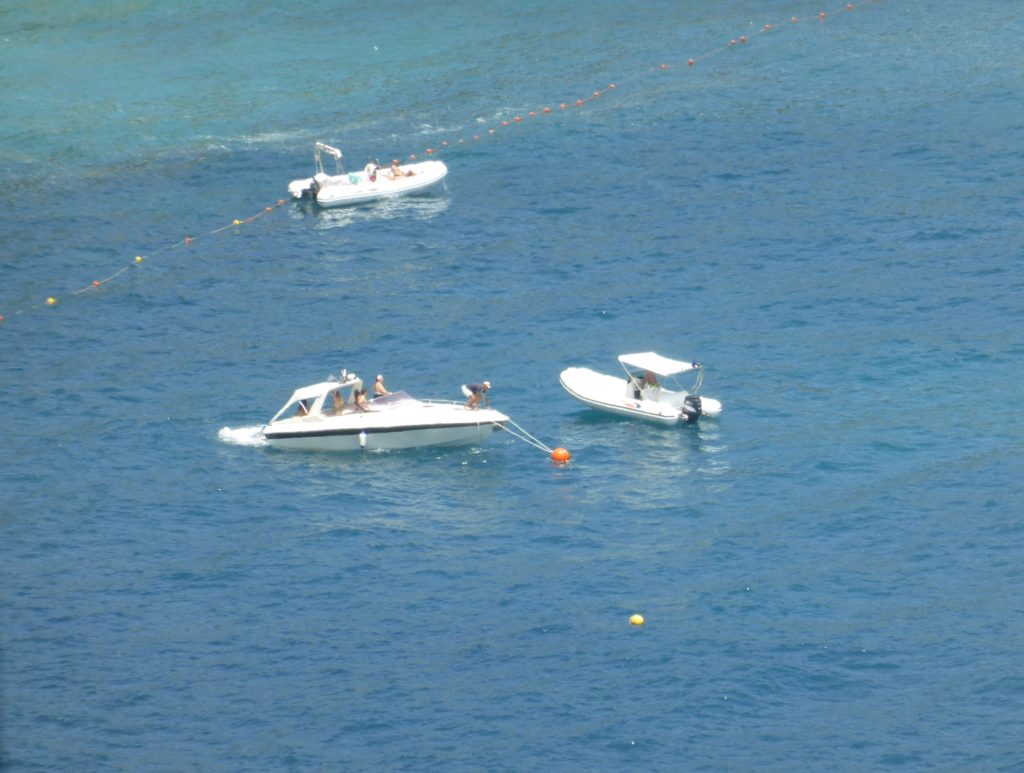 So we are here on a MPA vessel to «park» the boats: we take the rope of the boats to attach them to the buoys, and so, by paying according to the dimension of their boats, people can stay quietly all the day.

As well as being very important for the posidonia, this work is also necessary for being always close to the visitors of the park: we are here to greet them, give some information about the area… We are a vitrine of the park, we have to give them a good picture and leave them nice memories of their trip in the area.

Moreover, in this zone so many boats are passing by, most of all during the summer. Indeed, the gulfs of Napoli and Salerno constitute the second place worldwide where boats transit the most, after the gulf of Hong Kong. Imagine all the people! Moreover, in the weekends and until september, the work to do at the buoys camp is at its maximum.

But apart from this summer time, in the week it’s still a little bit calm. So at the begining, with the company of Luca, a very nice and passionate sailor, we used the quiet time to learn how to be more of a sailor! In fact, besides having great conversations about the place, we learned how to make knots ! 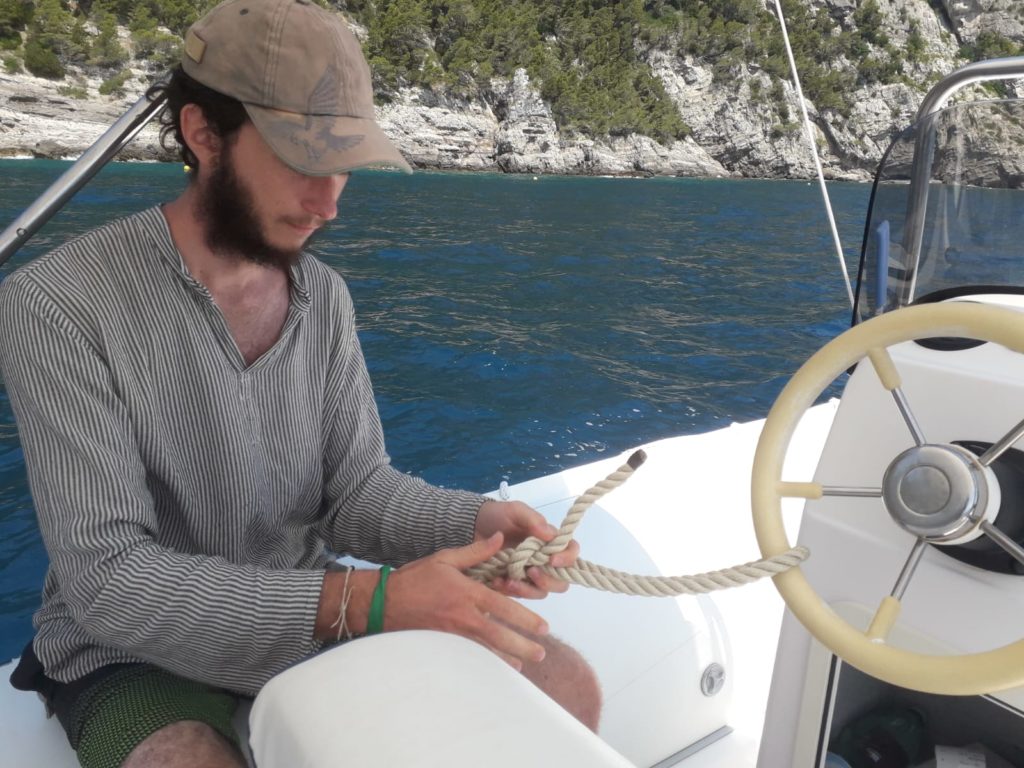 Nodo piano (which can quickly become a nodo di ciucio, if you’re not enough assiduous – donkey knot in neapolitan!), nodo parlato aperto but also chiuso, nodo gassa dell’amante, nodo savoia, so many rudementary knots that now we can do and that make us a little more sailors than before! Even if for this we have to follow this very simple rule: leave enough rope at the extremities! As says this proverb, few rope, poor sailor (poca cima, poco marinaio)! 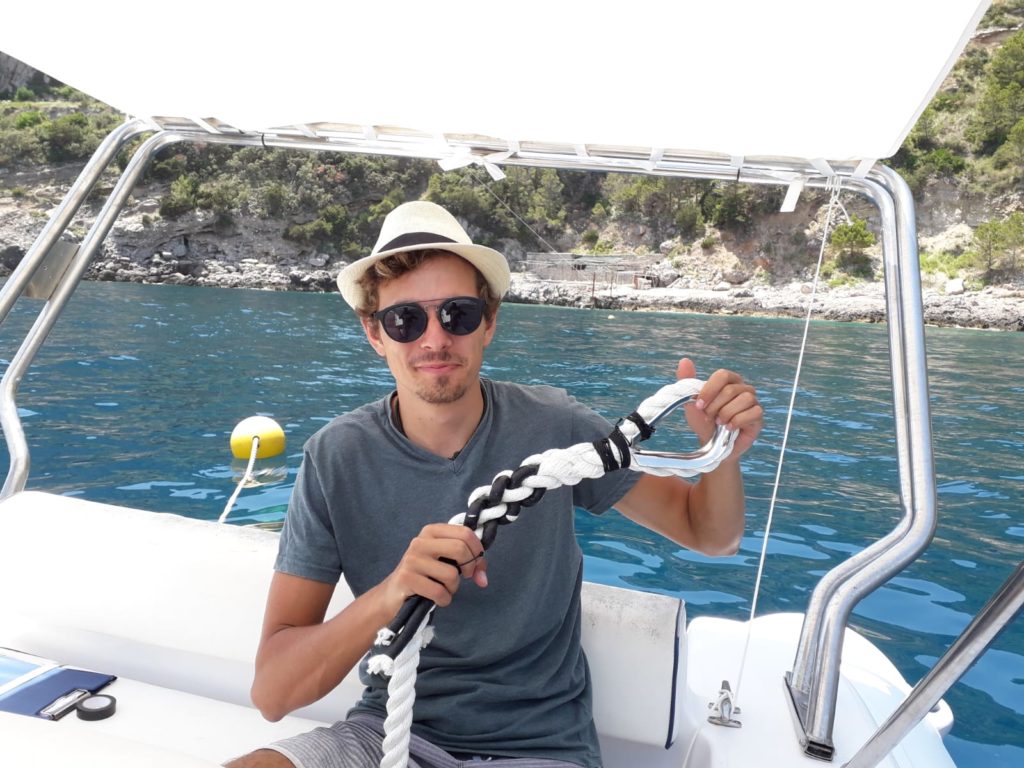 Thanks Nicola and Luca for your congeniality!

← WORKING IN IERANTO BAY!
Once upon a time a field trip in Ieranto! →