50 years ago, a lot of boats occupied Ieranto Bay. Since the park it’s created in 1997, we tried to maintain the bay conducive to the marine ecosystem and human aquatic activities such as swimming, snorkeling or kayaking. 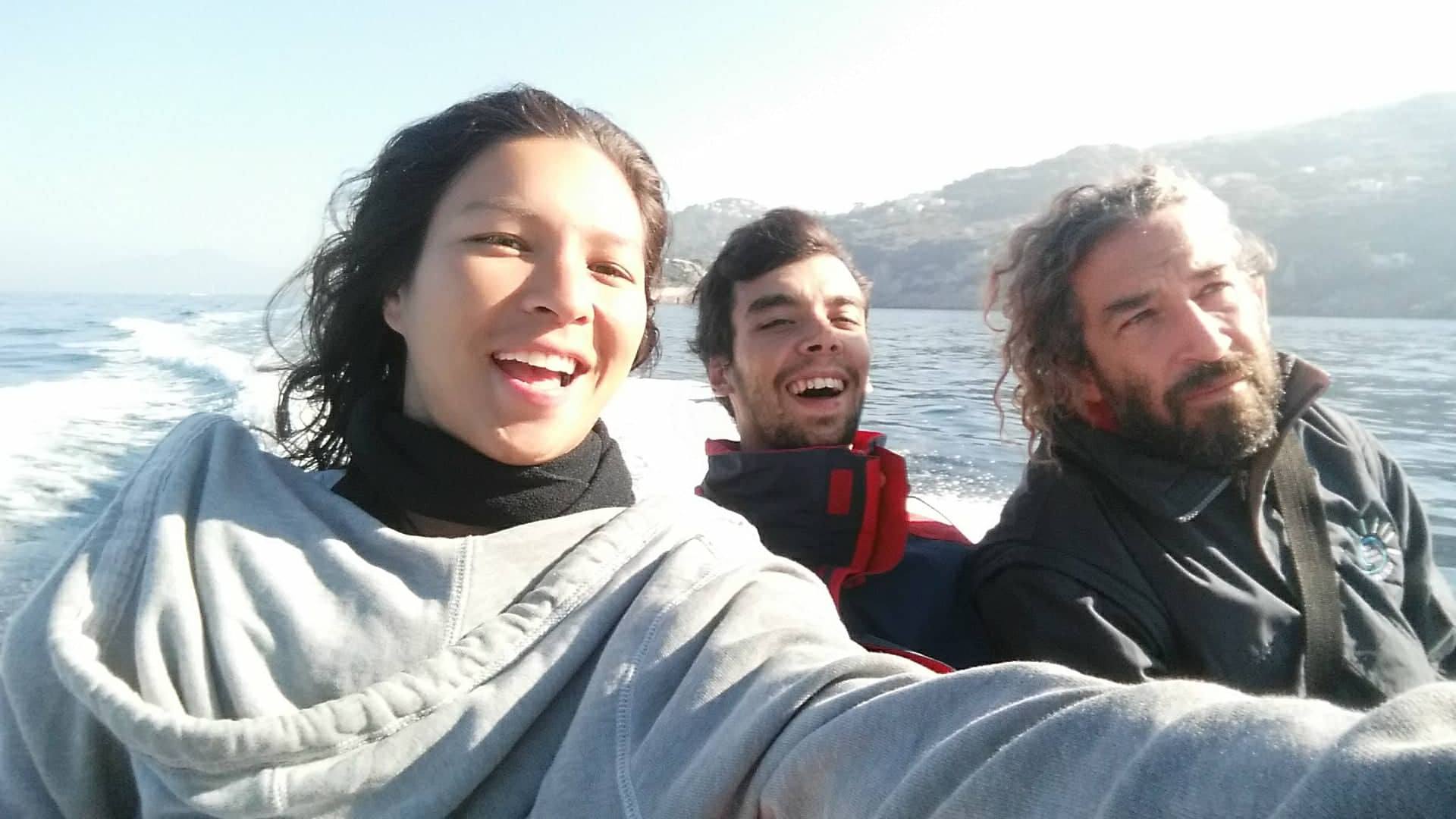 Today Project MARE and the AMP went to Ieranto Bay, not for his beautiful beach, but about a problem that everyone should be aware of and impact all our planet : the plastic pollution. This pollution is harmful both to land and water. The plastic use in abundance, is commonly thrown with impunity. Its catastrophic effects affect wildlife, habitat and concomitant humans.

Carried by winds and tides, plastic waste and polystyrenes arrived at our splendid bay.

“Normal” plastics take 200 to 400 years to degrade and asphyxiate animals!

Oxo-biodegradable plastics fragment in a few months in thousands of small tips, consequently IMPOSSIBLE to COLLECT;

Let us remind you that the waste causes the death of animals (turtles and seabirds especially) by ingesting plastic objects that they confuse with food.

Throughout the summer of 2017, eco-citizens were assembling to remove the floating industrial waste from this natural area. Also active at the FAI, on land and at sea, we volunteer Project MARE; helped by good local and tourist eco-citizens, as well as the association Fondali Campania, helped to collect as much fraction as possible in swimming, with hands and / or nets. Every day, at least one bag of floating waste was brought back at the end of the day and dropped off at the beginning of the garbage trail.

This morning, we MARE’s volunteers – Felipe and Meli-Sheryam – went accompanied by the AMP’s boat with Luca and Nicola, and Mimi the innovator of Project MARE. We are mobilized for this defensive operation: marine and terrestrial conservation. We brought 6 large black plastic bags filled with floating waste, a beach umbrella and its support, two plastic ducts and another large. 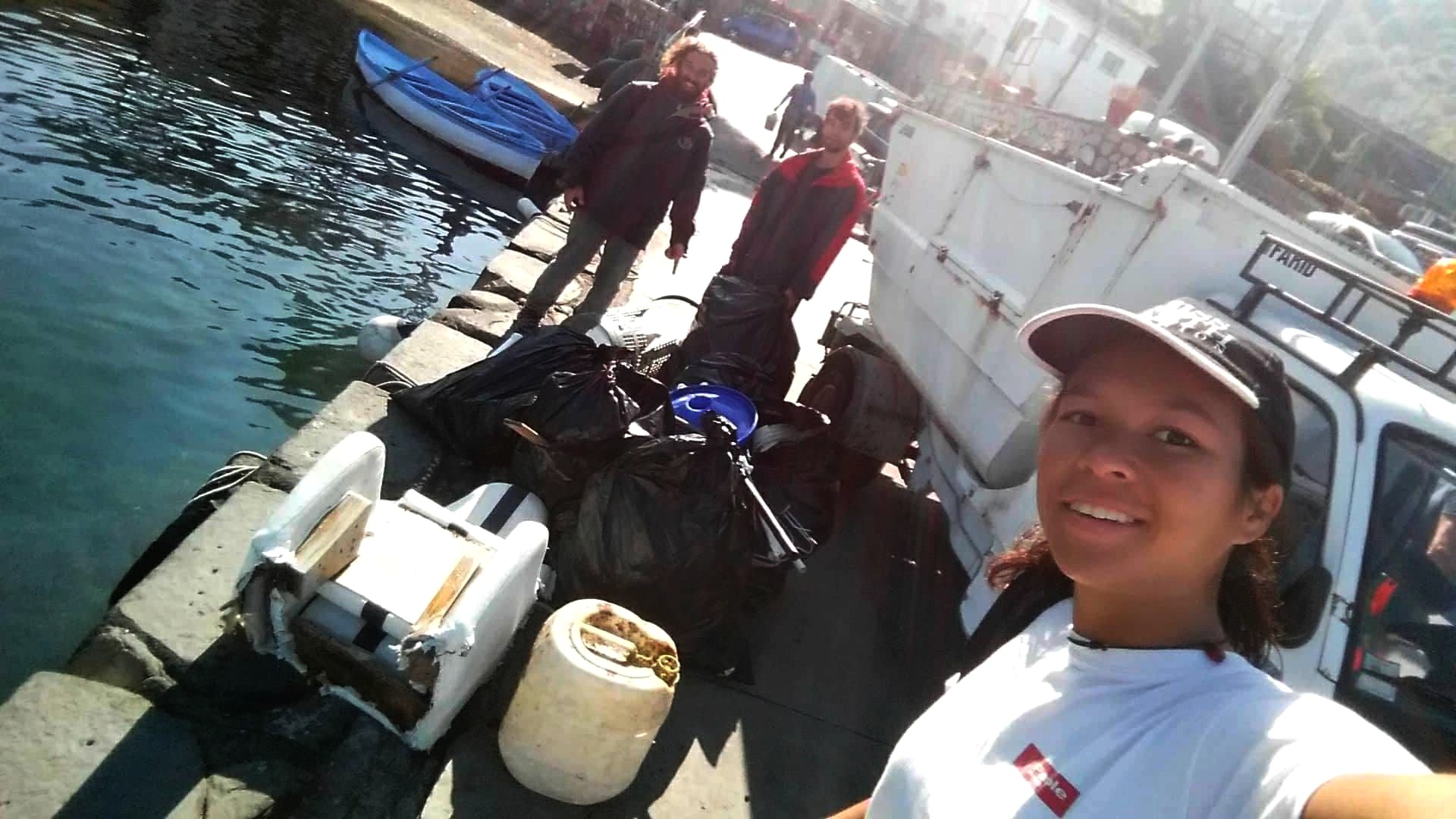 On the way back, we recovered two floating polystyrene tanks (yes, again), as well as a heavy boat seat on a rock! 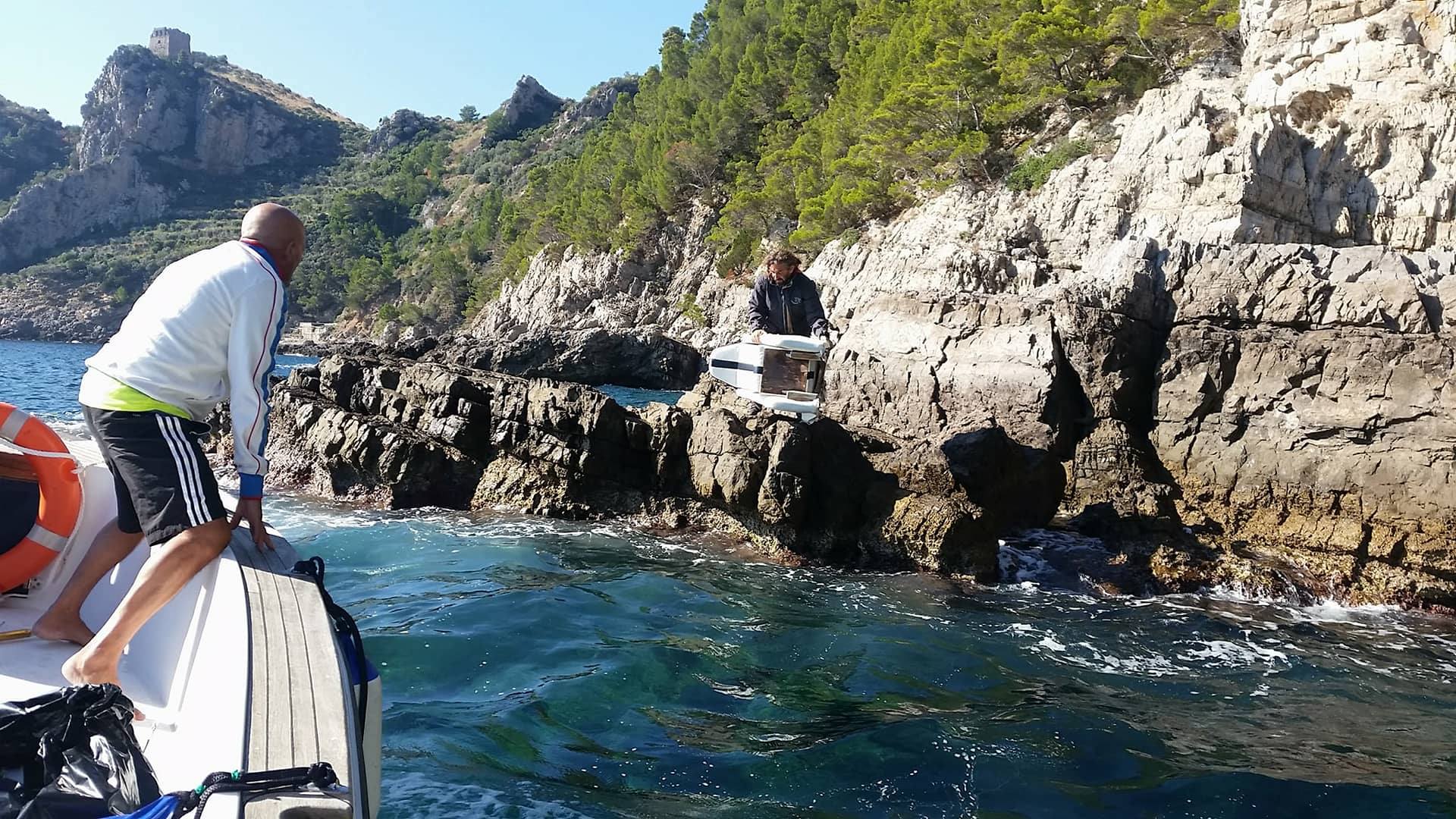 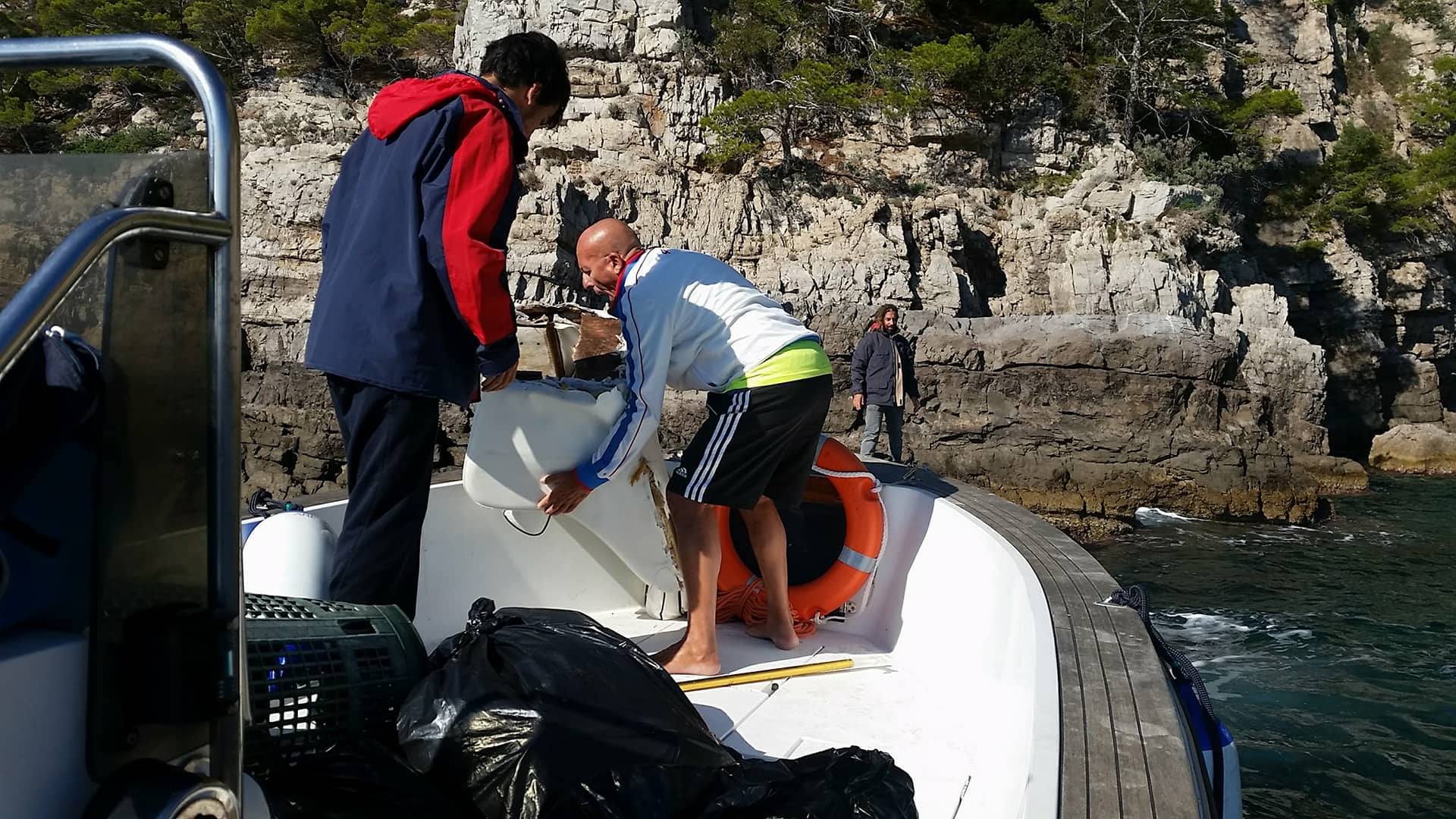 We saw the someone fishing in the zone B … we do not think this is written in the rules of the Marine Park! What do you think? 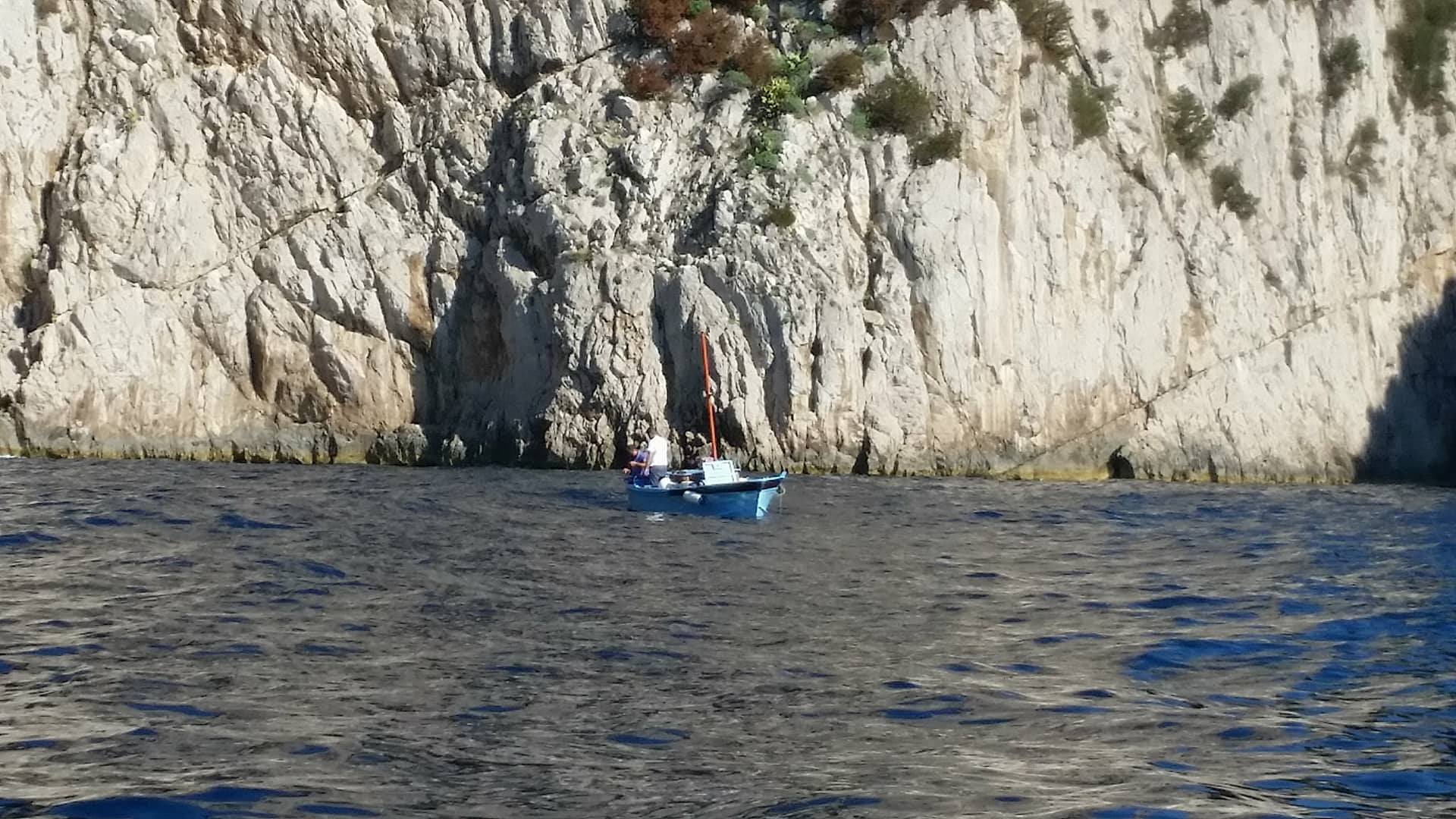 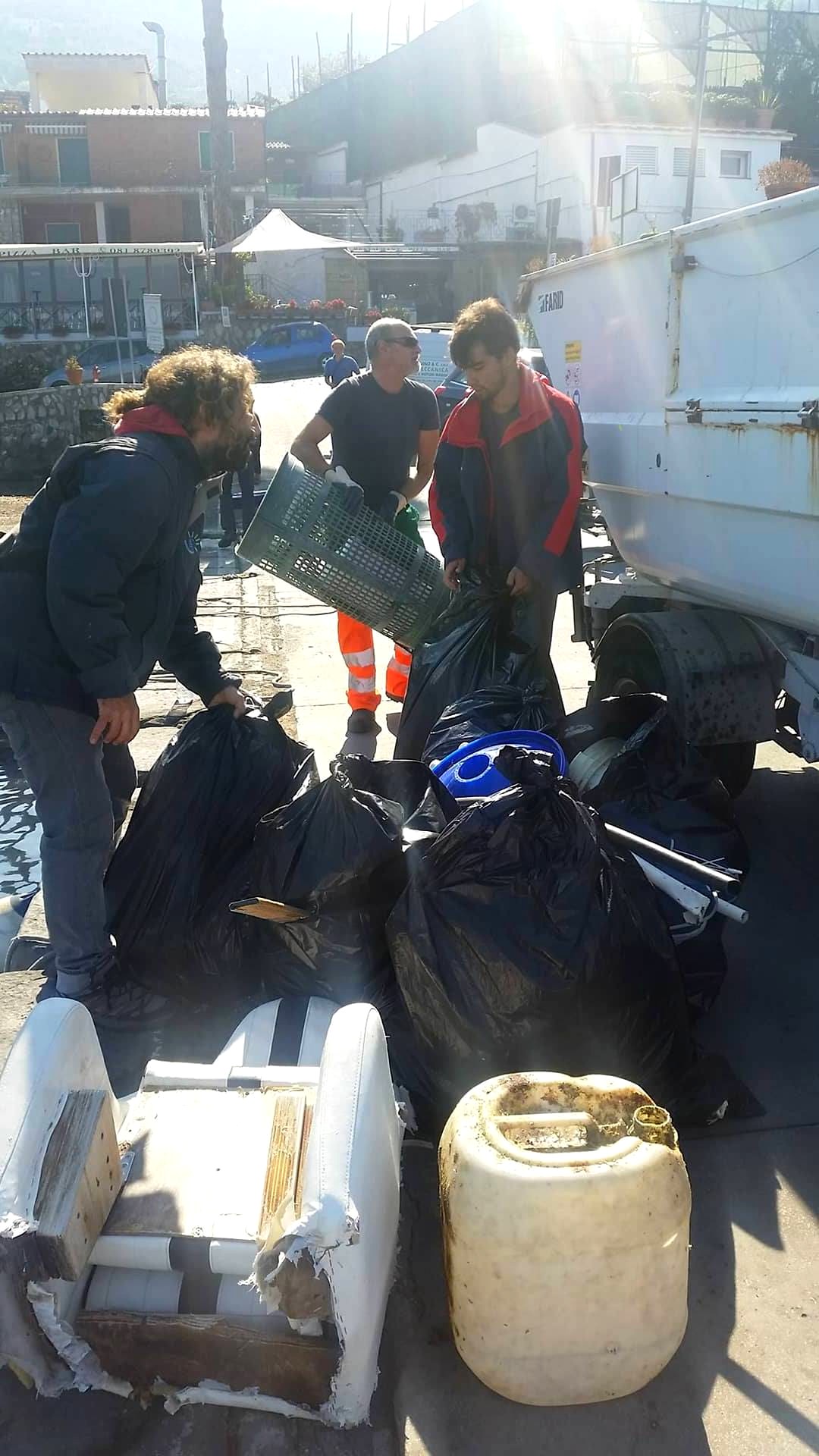 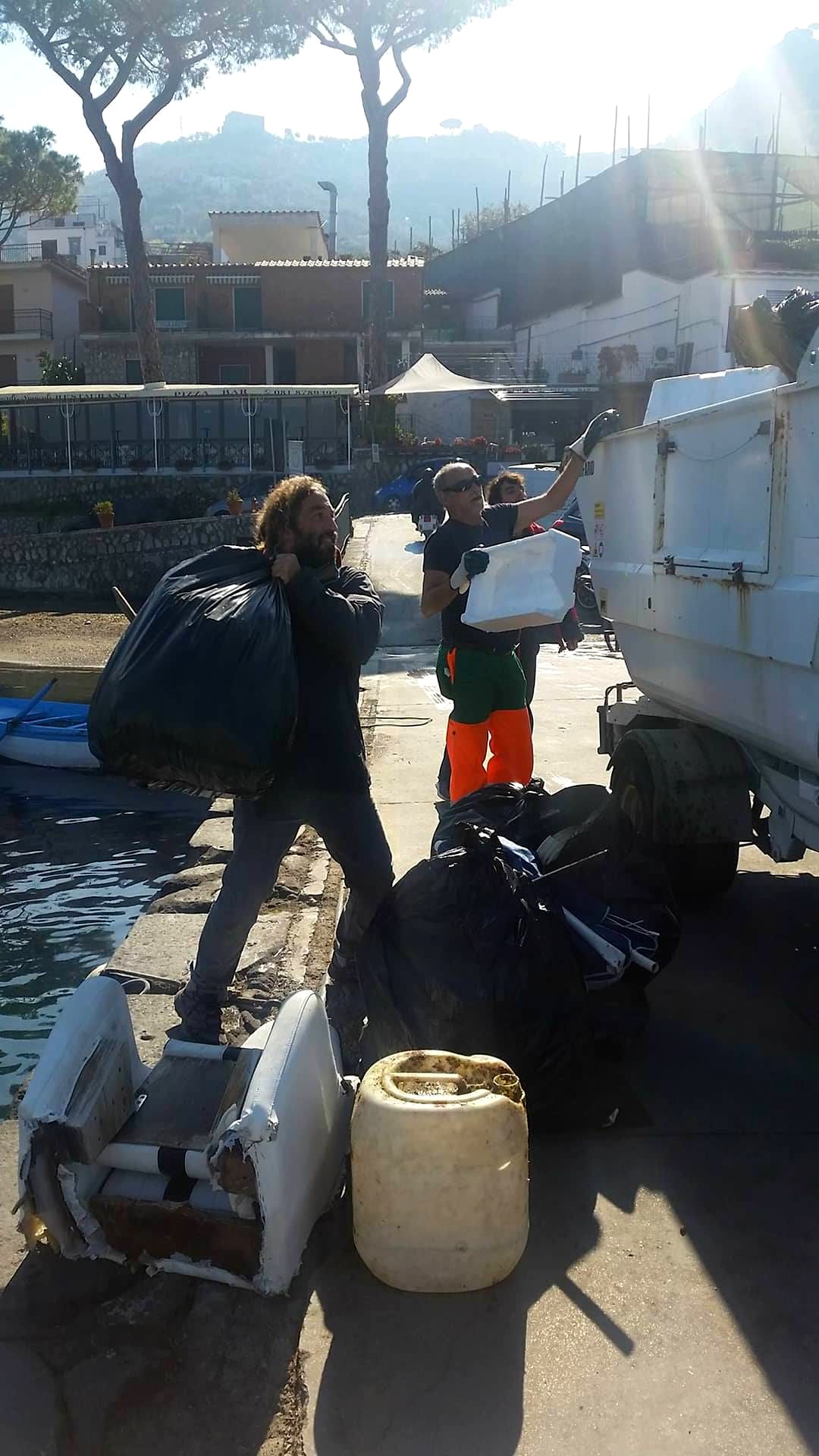 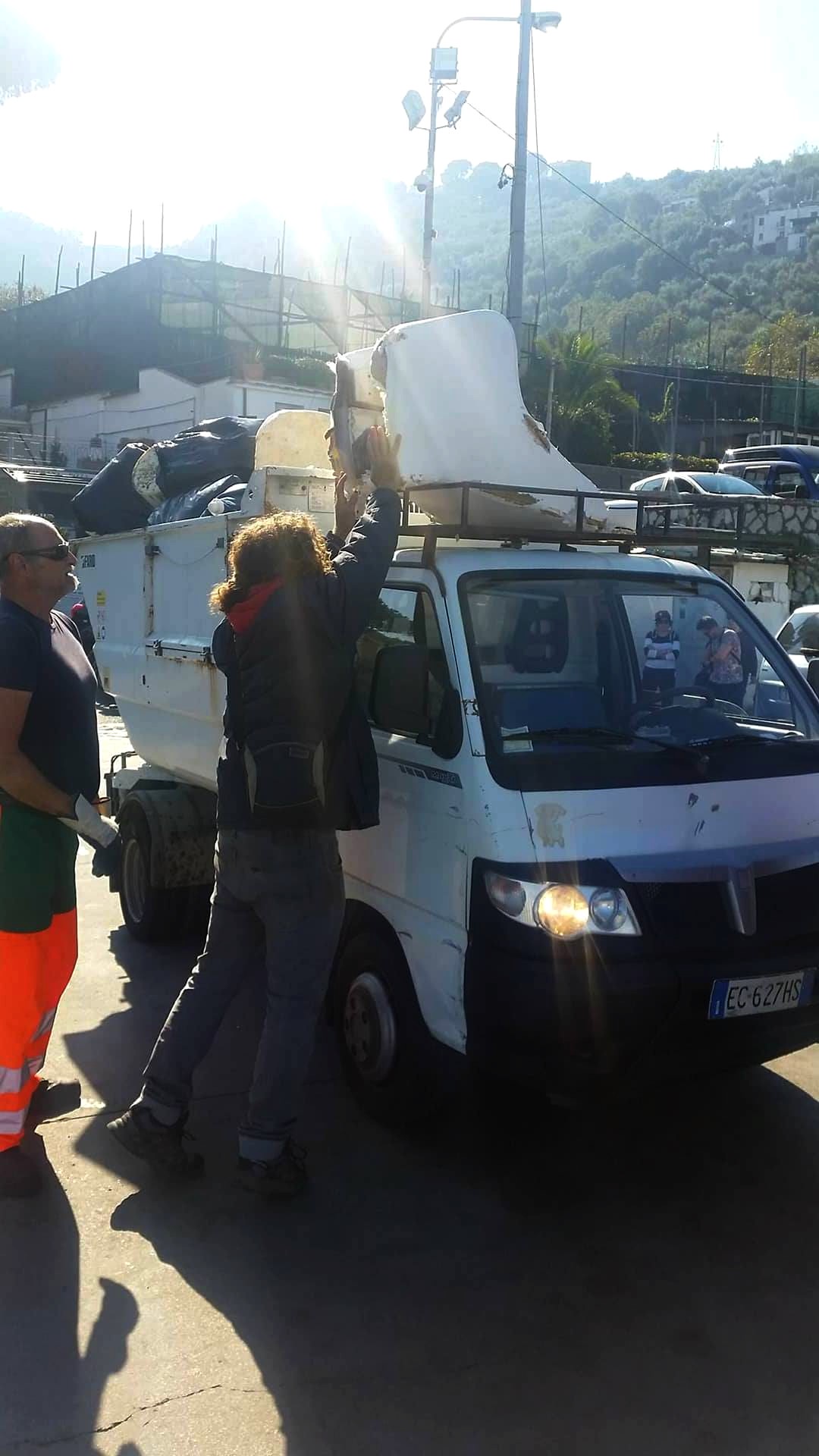 Although this morning was short, this gesture was a good step for our beautiful planet earth. 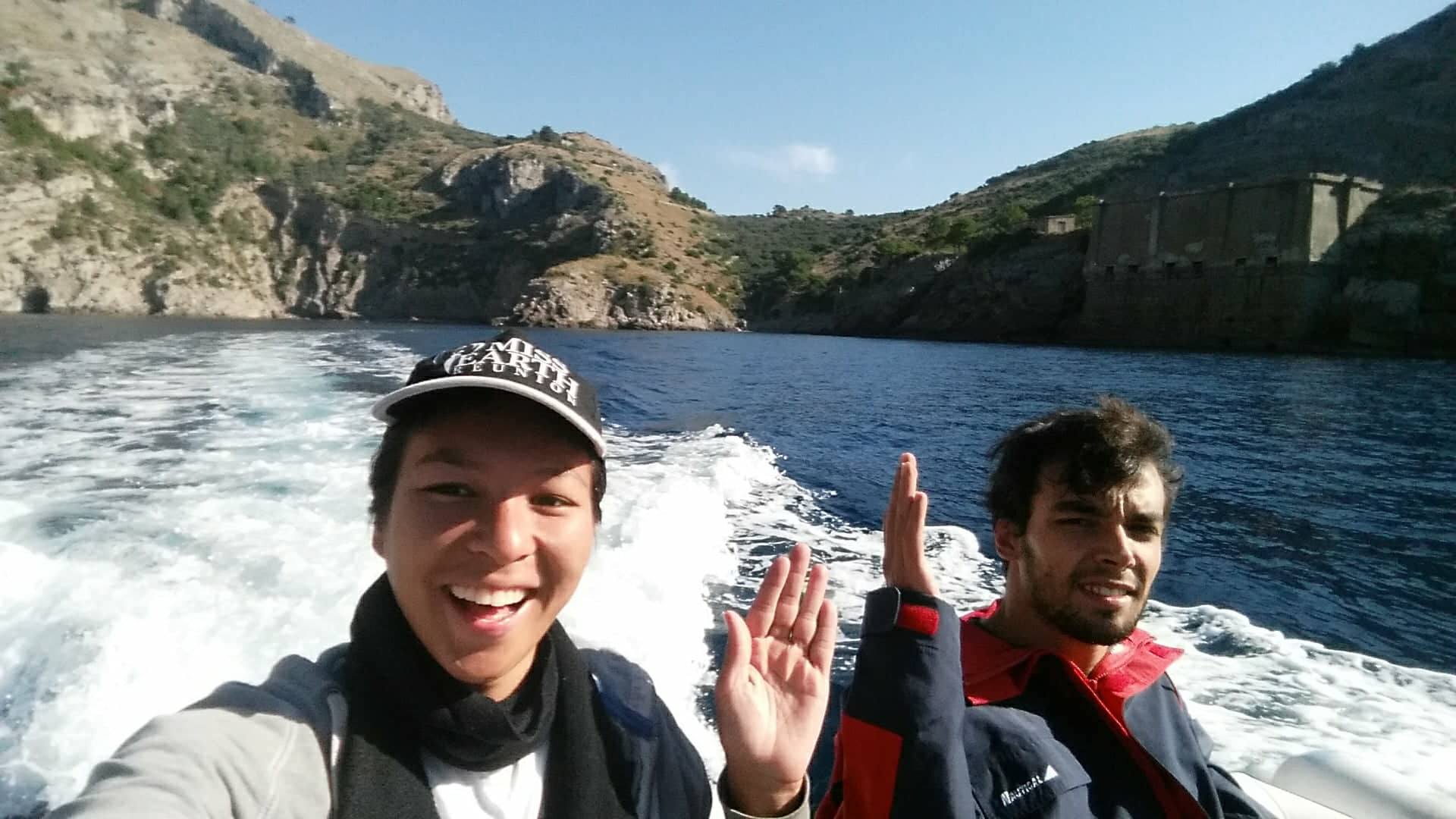 By sharing information, perhaps we will be more to be aware and sensitize by this wonderful treasure that nature offers us, Mother Earth.

MARE culture: Do you know the existence of the 7th continent? Great Pacific Garbage Patch (GPGP) millions of tonnes of waste pollutes the oceans. 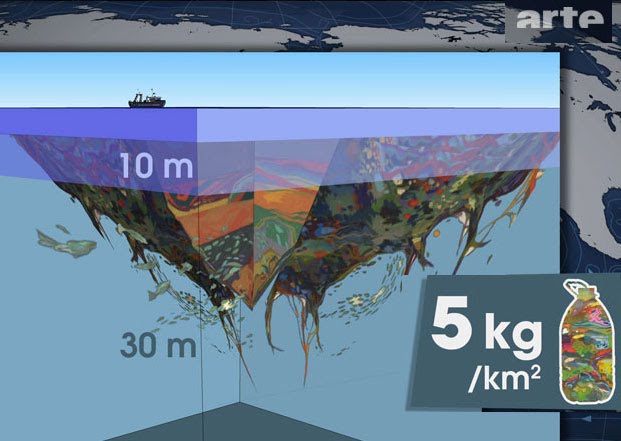 ← Ischia: an Island adventure in the Gulf of Napoli.
‘A Sea to Expore’ in the Schools of the Sorrento Peninsula →