And finally the happiest moment from marine turtle recovery process arrives! We have been lucky enough to be present in the release of 8 turtles in two days. A lot of people wanted to share this moment and we had a lot of great emotions together! 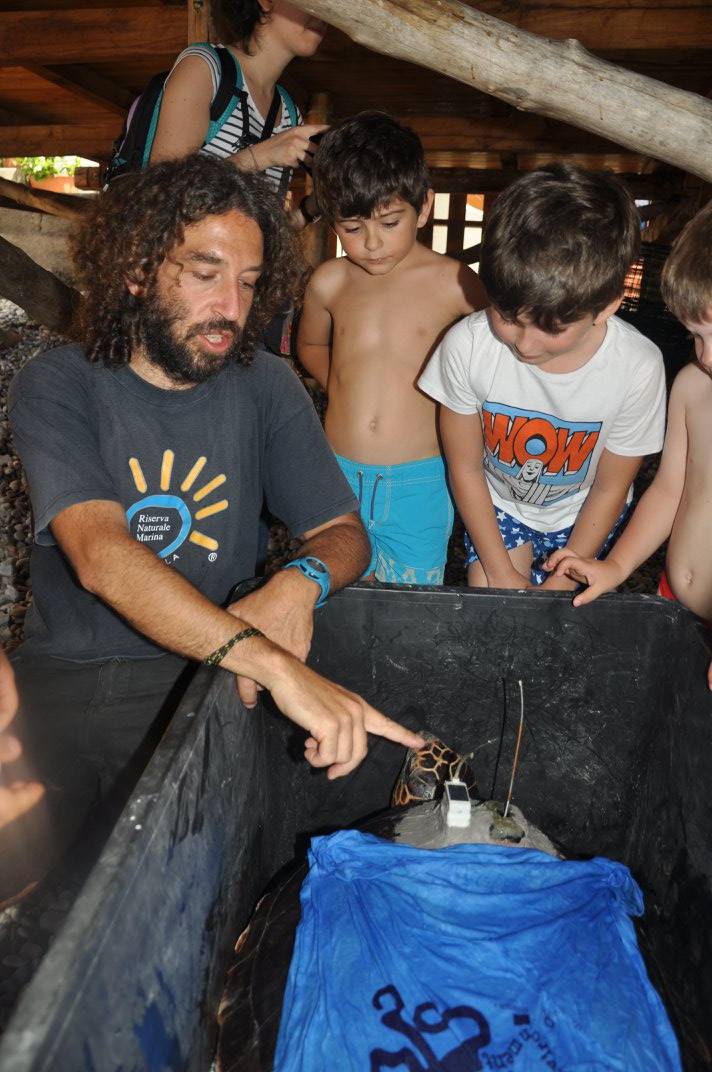 For turtles the moment of release is pretty stressing. They have spent some months in a totally unnatural place and they do not know all that hassle around means they are going to be freed back to the sea!
Turtles are often rescued from fisher nets, in which they had been caught, some of them present wounds. Thanks to the fishermen who call to Marine Area Punta Campanella which carry them to the recuperation center in Naples and to everyone who notifies every time they see turtles in trouble a lot of these vulnerable animals can be recovered.
The hardest part of the recovery work is undoubtedly done by the specialist from the zoological station of Naples, who take care of the turtles for as long as they need. The main threats that marine turtles face are fisher tools, marine pollution and the destruction of their habitats and nesting points. These are big problems, so every piece of help we can offer them is absolutely necessary and useful to their conservation.

On Saturday June 4th people from the MARE project team, from the Naples zoological station (where the turtles had been recovering), from Fondalicampania and children from a school gathered together and  went from marine park Punta Campanella to the open sea (at two miles from Nerano coast) in different boats to release 4 turtles. It was a really special moment. All of us had a mix of emotions. We were happy, excited, with big smiles in our faces and, at the same time, we were worried: we really wanted the turtles to be fine and the release to go by without problems.

The moment we saw the turtles free and able to swim away without difficulties, we just wanted to clap and cheer! We returned to the coast even happier than we were when the day started and feeling we had lived a great day.

On Monday June 6th we repeated the experience. On this occasion,we freed four turtles on a beach in Salerno. We arrived before the turtles and were engaged in different activities with the children from Ponticelli School “San Giovanni Bosco.” This is where we did the Marine Turtles laboratory one week ago. It was really nice to see the children again and share such special moment with them. They have learnt many things about turtles in school and it was great to see how we have helped expand their knowledge about marine life and turtles. 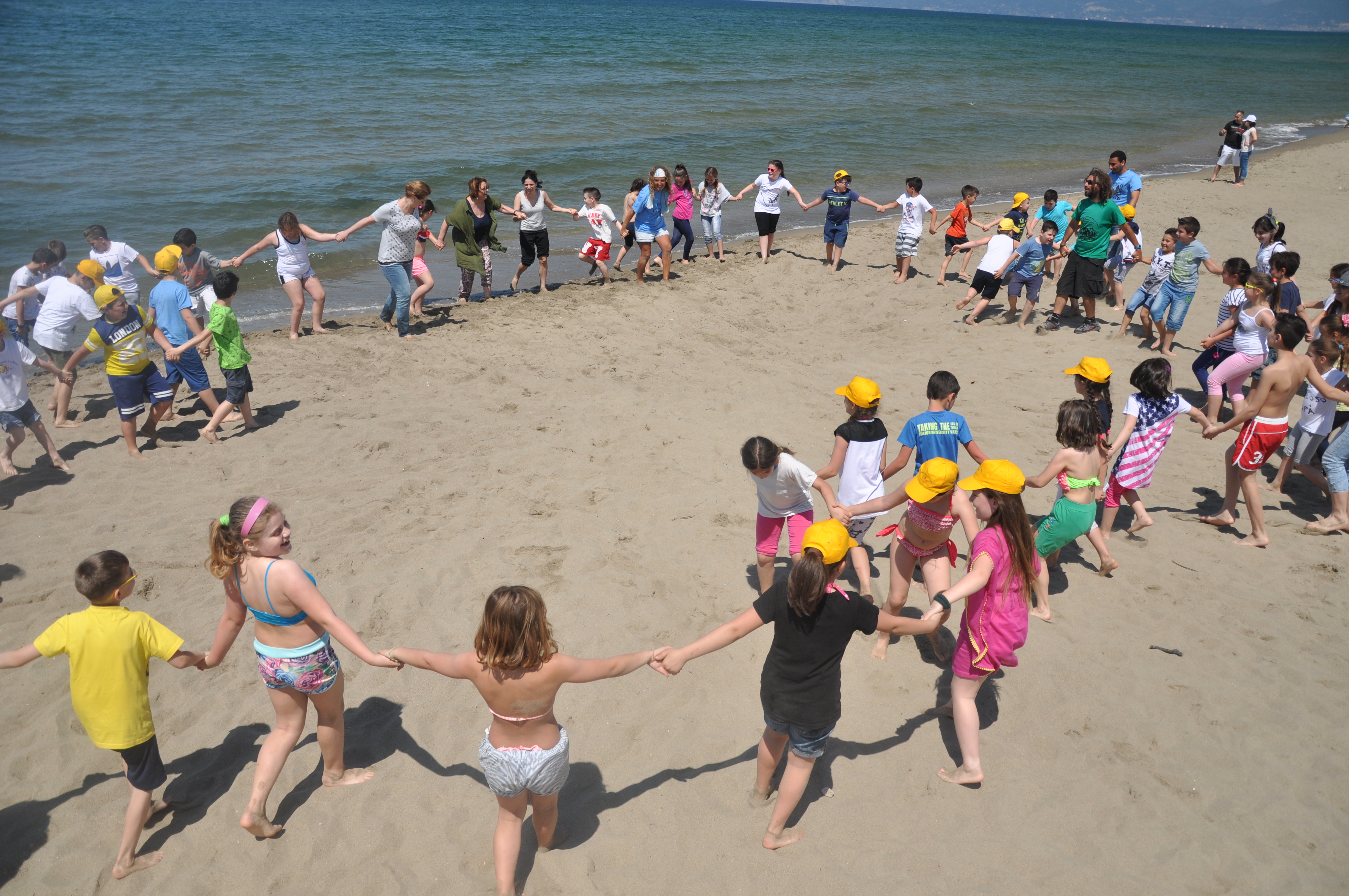 All of us were very excited and when we finally saw the turtles walking on the sand to get the sea, it was absolutely amazing. It was amazing that students and bystanders alike could enjoy this moment. And of course, it is a really important activity which makes the people more aware of problems and conservation methods of the marine turtles. 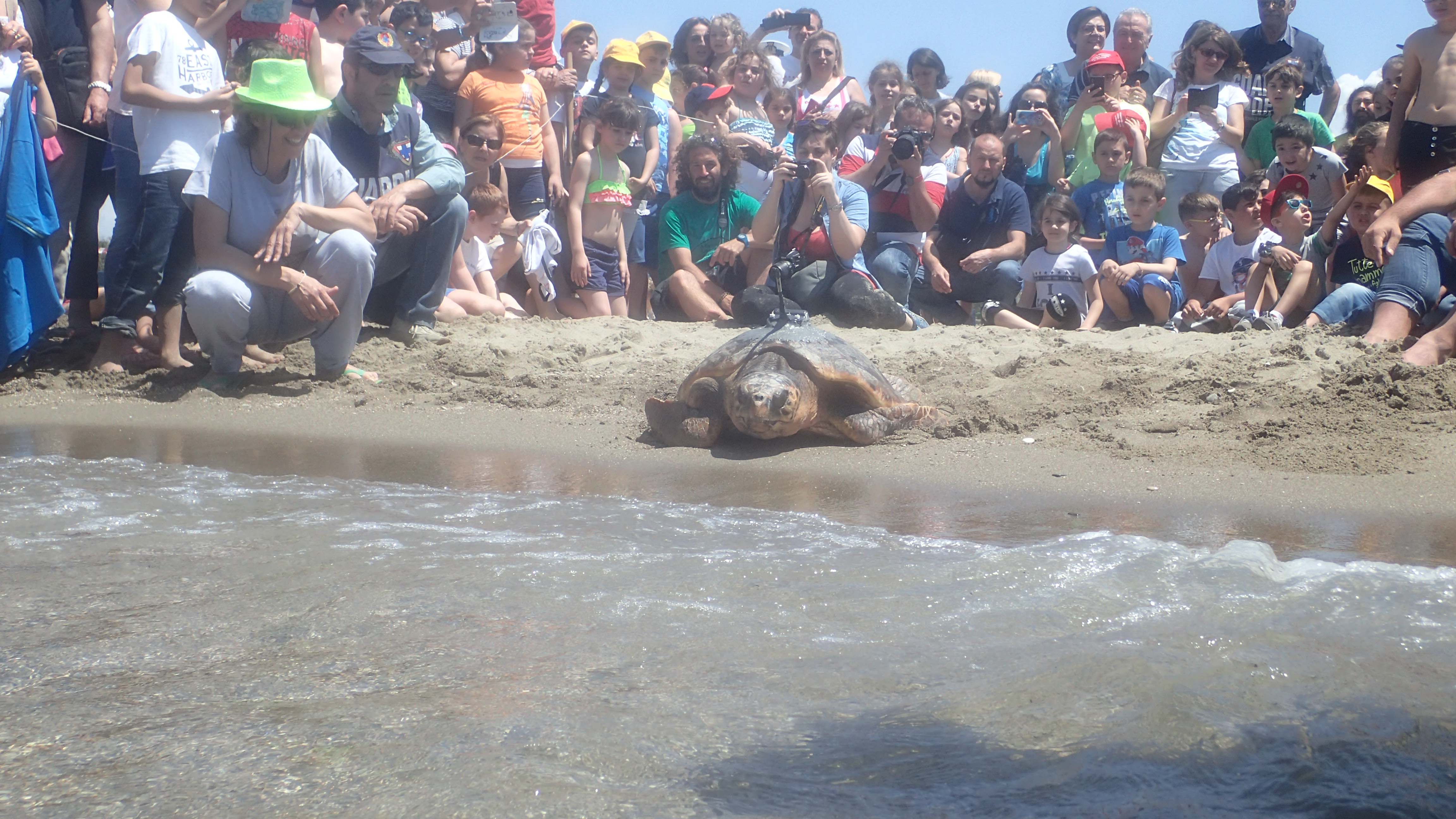 I feel so proud, lucky and happy for being able toparticipate in such a special activity and of course I want to share with you a little about these amazing moments!!! 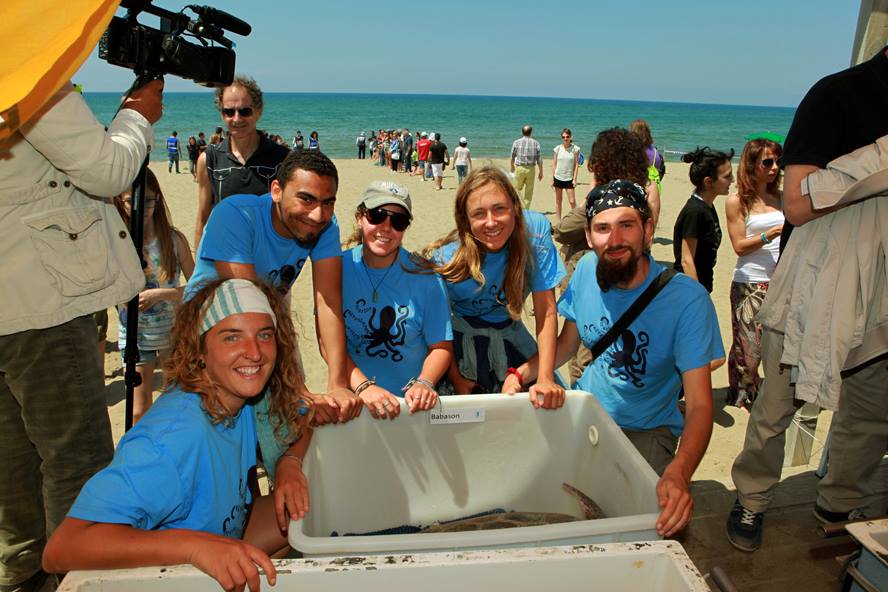 ← Marine turtles laboratory!!
The first monitoring in Bay of Ieranto →