The pavement in residential districts, market places and even the coastline and touristic regions seem to be open air waste disposals. Tunisia is facing a strong degradation of its urban and rural environment due to a lowering maintenance. The association AHTARAME went to the region around the capital Tunis and noticed an alarming situation. The following statement is of course personal put wants to dress up a picture of the deplorable environmental situation of a country that seems blind towards current and future challenges.

The current government is focussing on other issues…

Tunisia is facing an important economic and political crisis and the situation is getting worse, especially after the recent attacks in Sousse and the Bardo Museum. The environment is totally neglected in the current debate. In fact, the new government is implementing urgent political short-term measures to increase the national production, fight against unemployment, develop the infrastructure and rebuild the country. The focus lies primarily on the touristic sector, main generator of jobs and national income. Unfortunately the path Tunisia has chosen to go right now is set up at the cost of the environmental sector. There is neither political support, neither economic resources mobilized to sustain the protection of nature and human health. The population has seen better times and the current politicians loose their credibility in front of a situation overwhelming them. A politic of environmental conservation is almost nonexistant.

…and the population loosing interest

The waste collection and cleaning service has been destabilized through many strikes, workers fighting for better conditions and wages. This increased the deterioration of the city’s salubrity in a way that it’s now comparable to Italian Naples, where mafia structures regularly inhibit the waste collection for weeks. The Tunisian strikes combined with demotivated employees and a lack of public financing reinforced the disinterest of the local population for environmental and especially waste management issues. Even though there might be some courageous local initiatives working to raise awareness among the inhabitants, the waste majority of Tunisians does not consider environmental issues as a priority.

The touristic seaside from La Marsa near the capital to La Goulette, passing the famous site of Carthage, used to be a pretty maintained place for vacation and sailing. Nowadays, instead (have a look at the pictures), the seaside is filled with rubbish, in narrow streets, old towns, just in front of the houses and even worse: directly in the sea. 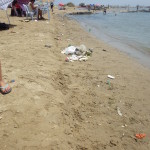 Hammamet, an other highly touristic zone, suffers from thousands of vacationers letting their garbage on the beach. Plastic bottles are a main problem, because many people use them to rince their feet when exciting the beach and leave them on the side. The empty bottles easily fly away and end up in the sea. It seems like the hotel managers and the civic administration are not seeing the need to cooperate and inhibit this direct pollution.

The population literally swims through this garbage, children play with objects as rubbish bags and bottles, and it seems normal to everyone. Many people however consider a beach as “polluted” and “dirty” when there is posidonia, a marine plant, accumulating there, even if this phenomenon is totally natural. This plant is essential to the marine ecosystem. Do we prefer to swim in a sea filled with plastic and rubbish, or with naturally released plants and algae?

The deterioration of the environment must become a topic of public debate because it harms all of us. It is going to create sanitary and health problems for future generations, will scare visitors away and reduce fishing and agricultural opportunities.

It’s not enough to agree to he ideas of environmental protectors, action must be taken from now on. A common action overcoming individual thinking could speak and act with one voice. It could be the base for the protection of animal and vegetal species and a better waste management including waste separation and recycling.

On a daily basis, already a lot can be done. Whether you separate waste, set up a compost in your garden, recycle objects, consume less, use less plastic bags (used on average for 20 minutes only, to transport products home). Any of this steps is expensive and they are very easily doable, but the motivation must be there.

I end my sad and negative observations of Tunisia’s current situation urging everybody to take action, raise awareness and act on a daily basis for a viable and liveable environment. Many things can be done when people start to participate. 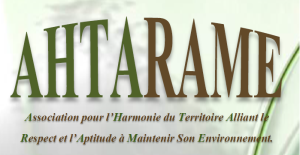 ← The rain has buried our Ieranto day
Meet FAI volunteers ! →

Long awaited group photo is finally here with our