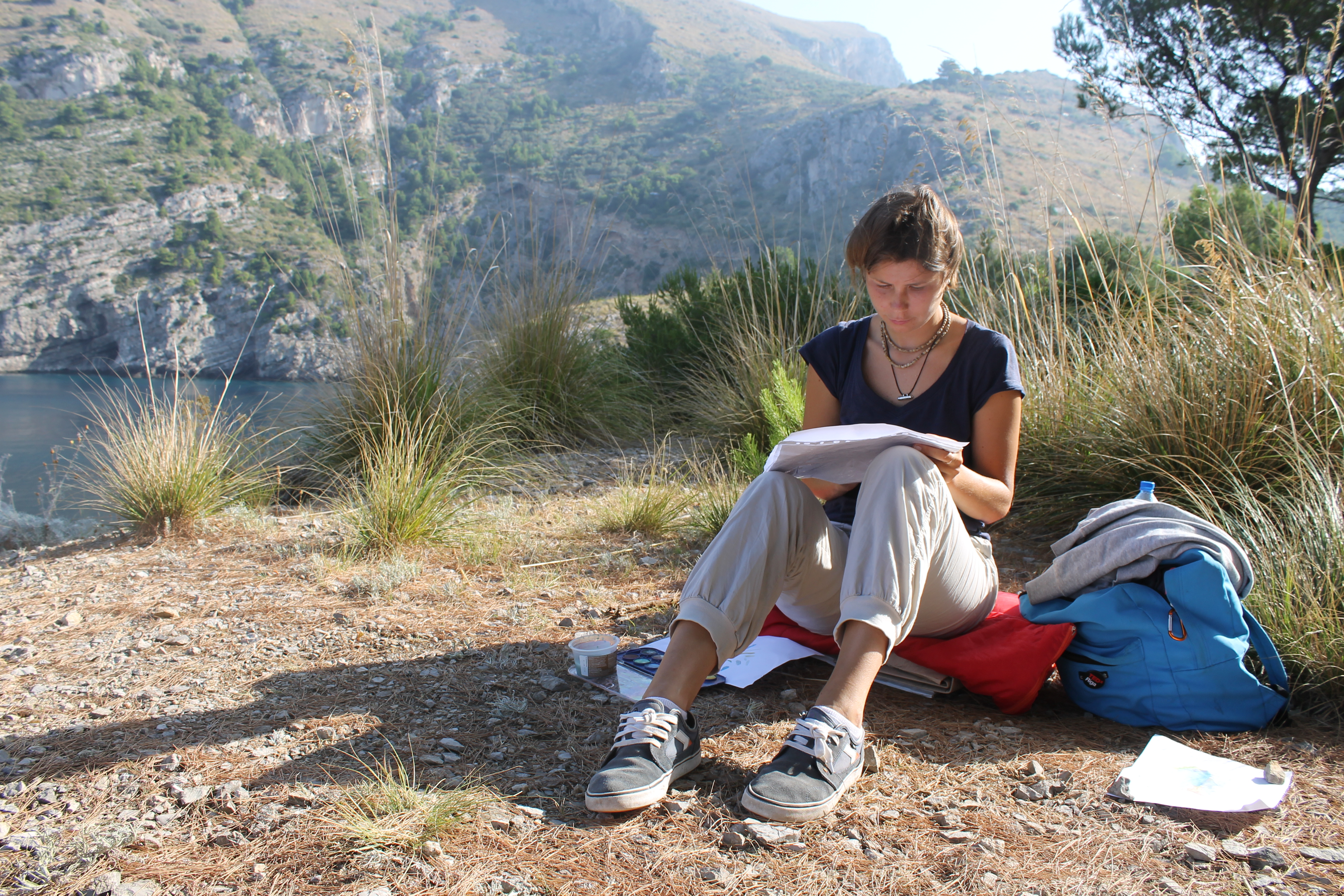 In MARE generation 2016 we are just four volunteers so for this we needed a help. The help from volunteers of previous years. Me as a calm, shy Latvian who enjoys her own space (Although. What space? I live with two other persons in the same room.), I had my doubts. Naturally. Are they going to replace us because they know our work better? Are they going to occupy our beds? Are we getting fired? I did not have much time to think about it because suddenly some girl came into our terrace and introduced herself in Latvian language. It was a very surreal experience and I almost spit my coffee out. It turned out to be Latvian volunteer Valentina from two years ago. In the end she didn’t steal our beds or food but she taught us to cook together because by her opinion us not cooking together was “strange” and “Why would you do that?” We also saw dolphins for the first time in our lives and I did my first monitoring in kayak with her while she was like a teacher. 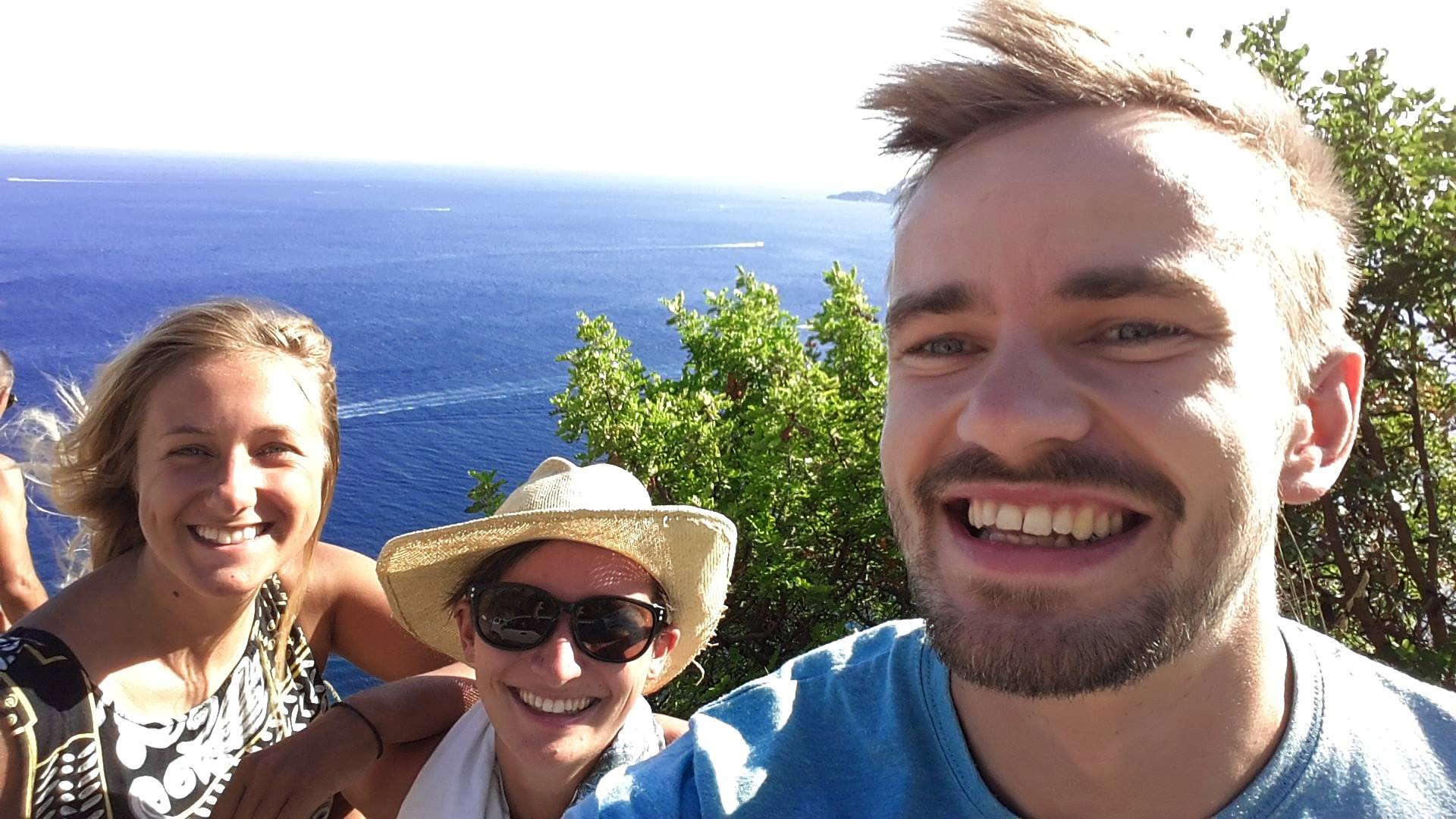 Then later we met with Marion. French girl from the last year. Even though I lived with her in the same room we did not speak for a whole week. Then one day suddenly we started to speak about French music and ten minutes later we were already singing along to an old French group called Indochine and also some very cheesy Italian music. Marion cooked for all of us but she cooked the strangest dishes (Pasta with green peas and onions? Really?) I was always scared but in the end it always turned out to be really good and she looked at us with a proud smile on her face and said “I told you so!” In the free time she spoke about Andris. A lot. He is a famous guy. People around the project say “Latvian genius” because he learnt Italian in one month. Really there are legends about him! Later I understood. He speaks with intelligence and calmness, reads a lot and always cooks tasty food for everyone and without a t-shirt. 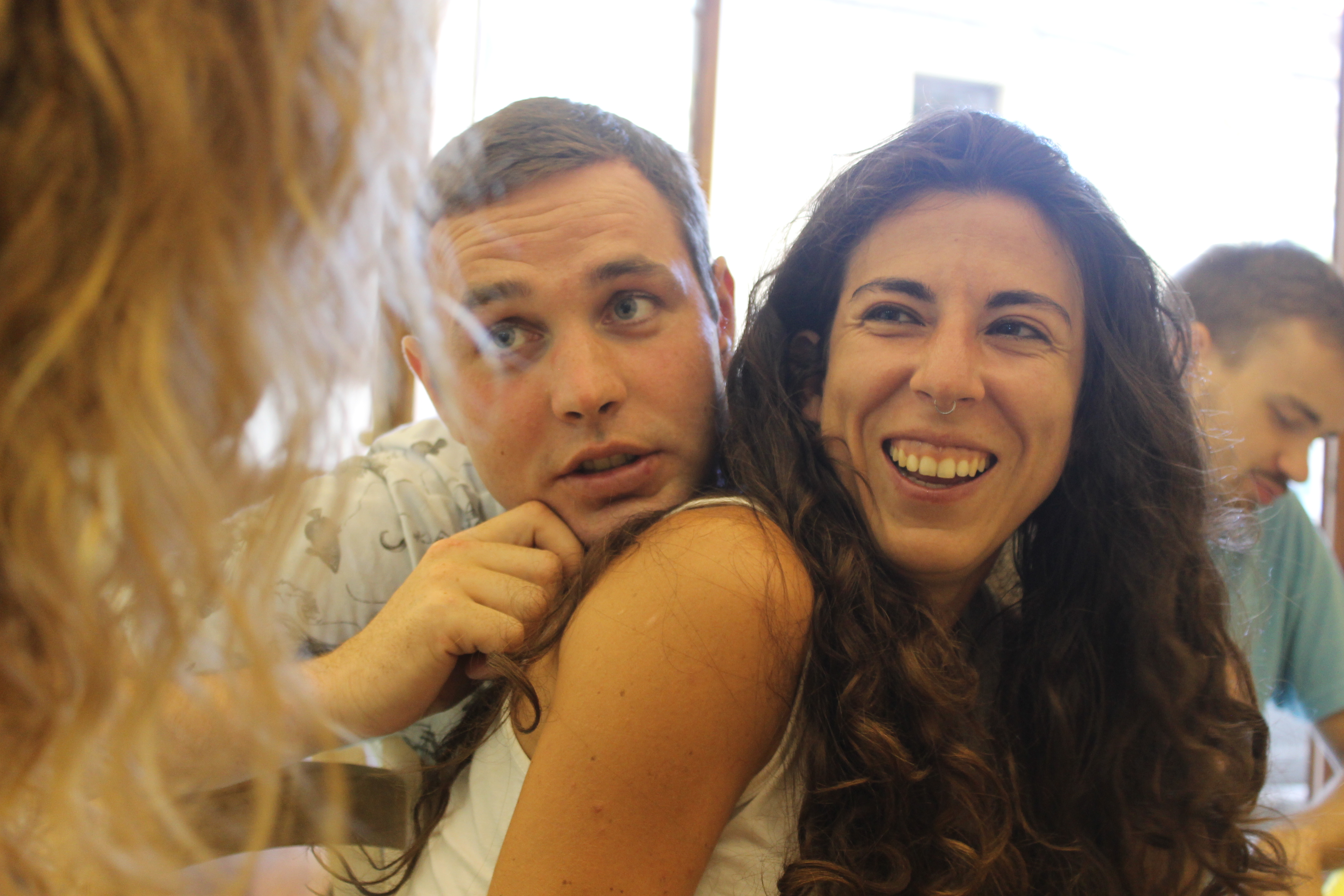 Also other people came to our small house – Mikus and Sonia. Mikus doesn’t seem like a typical Latvian. He speaks a lot, he certainly isn’t shy and he always has a lot of stories to tell while Sonia is a beautiful artist, with long hair like Disney princess Rapunzel (only a brunette) and I think I can say that she draws better than all four of us together. Also we met with Max. A French guy, who in the first moment seemed very serious. However, later at the dinner he turned out to be very funny and sweet. This guy makes jokes and changes accents whenever he wants. And he does it really good! He can speak like a American rapper. We are still waiting for Joakin, volunteer from Spain. But in the end we really have learnt a lot from previous volunteers and we have spent a beautiful time together.

Long awaited group photo is finally here with our