Let us please introduce ourselves

Max aka The cranky yankee, French 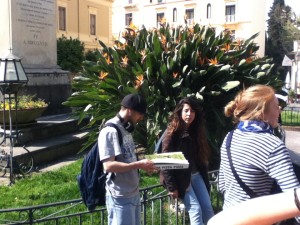 His temper is as short as him, his role model is Jack Bauer, he complains every day all day, he has only two faces: angry, not angry (unless he gets to run down a long sandy beach for the first time in months, when you’ll see a blissful smile from one ear to the other). He also quotes Jay-Z and he curses more than Ari Gold, and in seven languages, he actually often does both at the same time. Plus he tries to mimic a thick American accent when he speaks English. On top of this, he doesn’t dance (according to him, « gangsters don’t dance » …), he doesn’t cook, but you can be sure he’ll eat EVERYTHING. If you want food, you’d better get served before him. However the guy is still alive, and doesn’t suffer from diabetes (yet). His survival is more puzzling than the Da Vinci Code.

Alvaro aka Our own Jesus look-a-like, Spanish 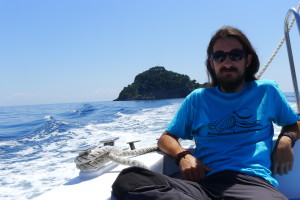 As you understood, he looks a lot like Jesus. He also behaves like God’s son. He’s patient, he never raises his voice, and he seems at peace 24/7. Moreover he’s a great yet overlooked singer and songwriter. Since he behaves like Jesus, he doesn’t even complain that guys like Justin Bieber, the biggest waste of human DNA known to mankind, are in heavy rotation on the radio. However he deserves to be known from Naples to Nashville to Nagano. 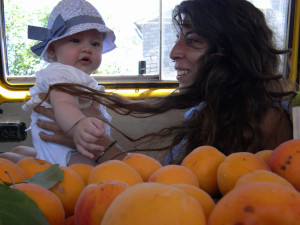 She is our basketball lefty sharpshooter. She is extremely competitive. No matter the game she is fierce. If you play against her, you must be as sharp as Floyd Mayweather or Messi. She is also a great cook, is always ready to have a good laugh during activities, and a great Spanish teacher. I know what you are wondering: does she have any weaknesses? She absolutely needs her naps. And she unwillingly attracts annoying animals, mainly jellyfish and mosquitoes. We’re nice with her though, we haven’t put her in quarantine. 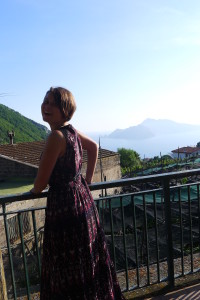 This girl meditates and does yoga every day. She definitely doesn’t talk much, but when she does, her words are always uplifting and lighthearted. She’s been raised so well that nobody even knows the last time she cursed. I can guarantee you that when she sits next to Max, she seems smarter than Einstein and wiser than Don Corleone. And she obviously has the Latvian power. What more can I say?

Gaëlle aka The bird whisperer, French 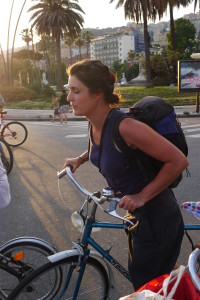 She’s rather discreet and a bit shy when she must talk to a group. However she always speaks her mind when she does decide to talk. As a consequence, there is no misunderstanding. Even if you are completely illiterate and can’t read between the lines, you can perfectly understand what she says. She also has a superpower: she recognizes birds just by the sound they make. But she’s not a show-off, she won’t rub your ignorance in your face, she won’t give you both the common name and the official Latin names. She is our humble ornithology teacher.

Mikus, aka The athlete, Latvian 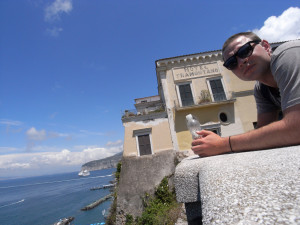 This is the other group member who’s been blessed with the Latvian power. Plus the guy eats two jars of mayonnaise every day. He has the Latvian power, enough calories to run twice the New York marathon, and natural sports skills. Combine the three, and you understand why he is the athlete. He is also very entertaining, always ready to crack a joke. But his favorite topic will always be Latvian athletes. He’s your walking, talking, wi-fi free, human Wikipedia about Latvian sports history. 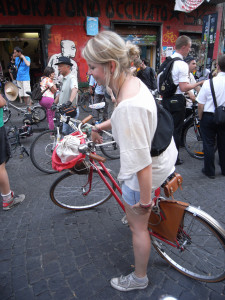 Her nickname means “Christmas tree” in German. And she has all the features of a perfect Christmas. She brings you great food, she is always smiling, happy, spontaneous, sweet (you can’t count how many times a day she says “aww”). If you walk into a room where she was for only half an hour, you can smell the delicious flavor of cinnamon in the whole room for the whole day. She has one flaw though. When she needs something, she doesn’t ask, she sends signals, and she expects you to receive them, understand them, and deliver in less than 5 minutes. She clearly wants to set herself up for disappointment.

Frauke aka Can you repeat please?, German

She has travelled a lot, so I’m sure she understands “Can you repeat please?” in more languages than Max can curse. Since she’s adventurous, she also has adventurous hobbies: tree and rock climbing, trekking and hiking. And if there is no public transportation, she comes home hitch-hiking. But when she’s home, she’s like your grandmother: she reads or watches Dragon Ball under a blanket. She is either 8 or 88 depending on the environment. It’s a bit confusing yet rather endearing, so it’s all good. 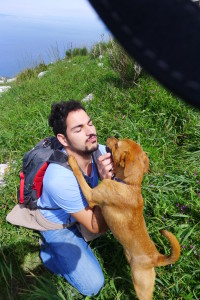 This is the kind of guy who brings three kayaks with one hand. This is the kind of guy who dives and fishes a school of twenty catfish with bare hands when he’s hungry. He is always energetic. I’m not sure this guy sleeps. I don’t want him to be in trouble, but I really think he and Barry Bonds have the same doctor. I don’t mind though. He has so much energy that he is always ready to help the group. Plus he’s been our main Italian slang teacher, so he’s useful for two reasons. His only problem is that he always talks about food, so he makes the whole group incredibly hungry. You don’t even want to talk to him between 6 pm and 9 pm.

Mimi aka The Doctor, Italian 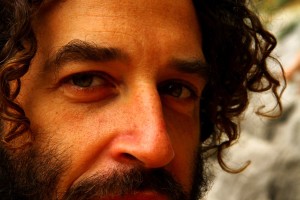 He is the project coordinator. Don’t say he is our leader. This guy hates giving orders. If he were a general, soldiers would probably quit out of boredom. But we’re not in the army. He gives us freedom so we can share ideas and implement the best ones. He likes creativity, probably because he can suggest 10 ideas in a 5-word sentence. He seems always happy and excited about everything like a kid. When he talks to Max, it looks like a conversation between a Disney movie character and the God of war Mars himself.

Alba aka The opera singer, Italian 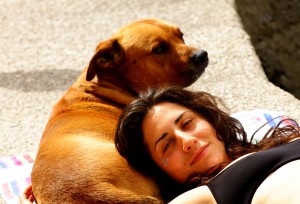 We have two mentors, and she is one of them. She sings A LOT. She sings to herself, to her daughter, to the group, about everything. She is cutting some vegetables, she sings about it. She is driving, she sings about it. She is walking … I think you understood by now. She also contributes to find fun activities and helps us if we are sick or if we have a problem. She also taught us how to stamp our t-shirts. She pretty much gave us our visual identity. Since our project is focused on the sea, to us she is Jean-Paul Gaultier. However she talks rather loudly, so she can be your best friend until the day you’re hung over and she’s not. If you have to see her in the morning, you’d better be sober; your blood must be as pure as an angel’s heart.

Mina aka The hugging machine, Italian

She is the other mentor. Alba and she work to find fun activities and take care of us if there is something wrong and we need help. The fun thing about Mina is when she says hello to you. Actually she doesn’t say hello to you, she celebrates the fact that she gets to see you. She says hello to you as if you were her brother or sister that she couldn’t see for 15 years because he or she was both in a different time zone and on a different continent. She also brings us delicious meat and eggs, and took us to the best pizzeria in the Sorrento area. I think she wants to make sure we all have more cholesterol than all American citizens combined.

Pippi Aka The Master, Italian 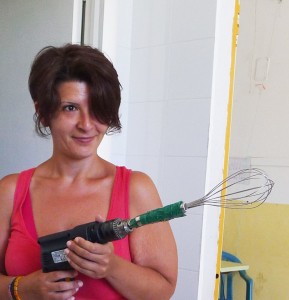 She is our theater and Italian teacher during the summer. This description belittles her though. She is the perfect roommate. She often cooks traditional Italian dishes, teaching us the most important aspect of the Italian culture (at least to me), she is always ready to help us, and, this is the best part, she doesn’t function in the morning. You can read the cereal box upside down right in front of her, and she doesn’t mind, she doesn’t even realize it. She is always right (at least according to her), and she is eager to explain to you with a very serious tone. Sometimes sulks if you make fun of her. Which obviously makes you want to make fun of her even more.