After long abstinence of the bay: One day all together in Ieranto

This morning we woke up early…to go to Ieranto the first time after a couple of weeks. We had good weather, the sun was shining, and us: out of the bus, to Olga (an apple for free ueja!), walking the road that we now after 7 months know very well.
Next to Olga we met some old man that we got to know earlier and that speaks a lot, he can’t even stop; we met Drili, Ieranto’s dog that followed us until the bay and then Paolo who was working at the olives. 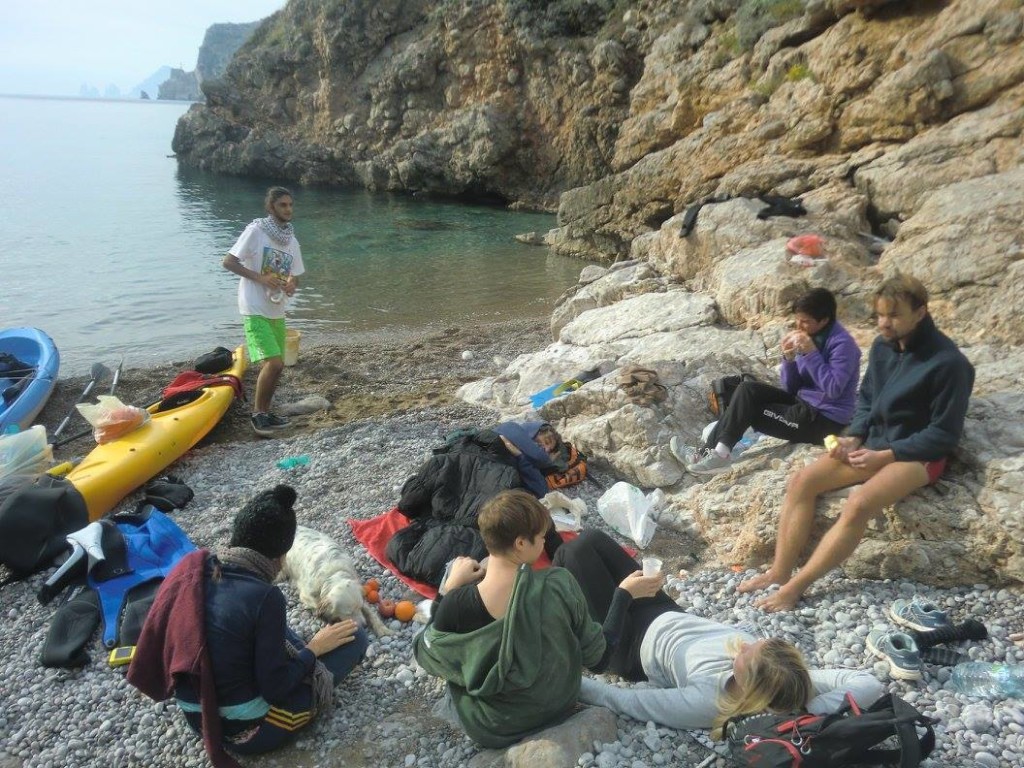 Arriving there: First relax! Sleeping at the beach in the wintersun, making a little round through Ierantos forest/landscape. What can you ask for  more?
And then the others (4 volunteers and Mimi) arrived with canoe, we went to collect rubbish (a lot of Styrofoam, where does this come from??) on the beaches and some of us took fotos underwater of some algies. Puh! Even if divingsuit is sexy, but hu. We have December. Very cold. 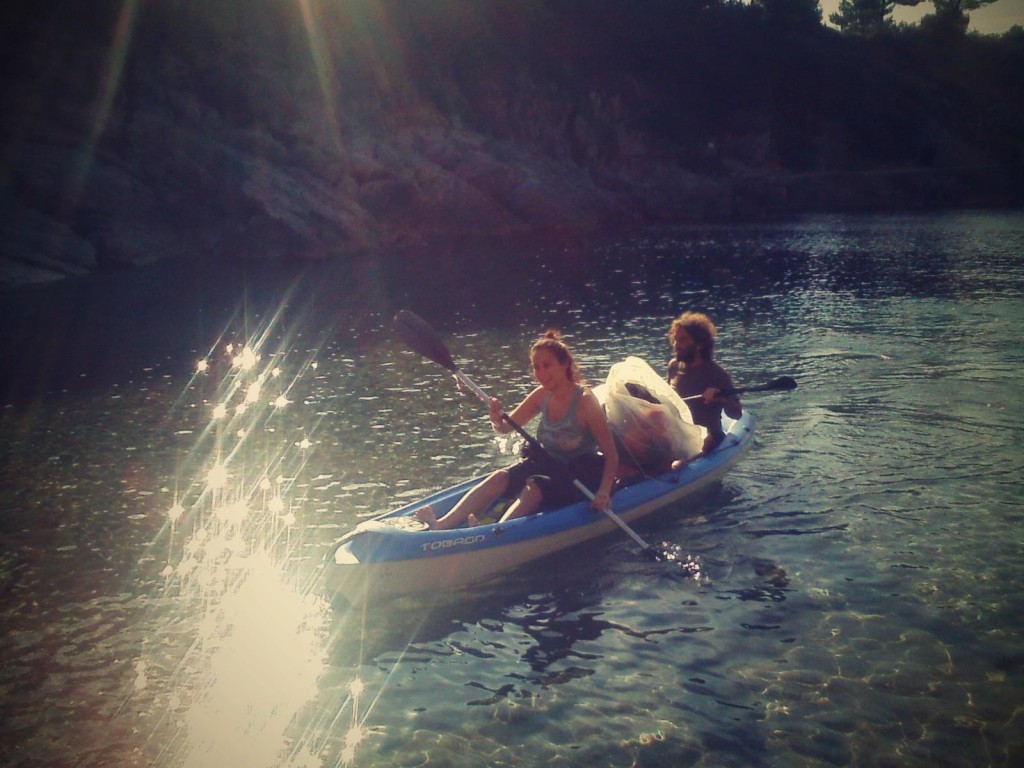 So quindi: A calm day, but beautiful with some summermemories, and infact I was tired after this day…maybe I am not used to Ierantowalks nomore.
UeUe See you!